We can rightfully claim that the future inventors and science fiction writers wrote about has finally come. 3D design makes so many things possible that the boundaries of this industry are really hard to imagine. It can be used in so many spheres starting from production of goods for kitchen or studying and ending with medical and art fields. It wouldn’t take long and 3D printer will take its place in every house and will become as usual device as TV-set or fridge.

3D printers are already widely used all over the world, but their popularity is going to grow dramatically in the next few next decades. Enough to say that Adobe has already announced about adding 3D capabilities to its all-time favorite product Adobe Photoshop. This means that 3d design is already considered to be an equal brother of usual digital design and the amount of 3D designers is going to increase greatly in the near future.

Another thing connected with the development of this industry is creation of special 3D printers that absolutely change the understanding of what 3D printer should look like. Recently 3Doodler made a great success at Kickstarter. Instead of required $30,000 it managed to gather more than $2.3 mln donations. Moreover it is already used by a number of artists for creating their sculptures and soon we will be able talk about new stream in modern art called 3Doodlerism. The essence of this device is that 3d printer has a shape of pen, so everything you can draw with your own hands can be turned in to a 3D sculpture in impressively short time. Besides, 3Doodler allows creating stencils, which make this kind of art quite economically advantageous.

But modern 3D printers are designed not only to have more fun (this is the aim of a huge part of them though), but also to improve the production technology and create details and constructions, which have been impossible until the recent times. For example there is a device that is going to change modern machinery industry. It is some kind of replicator combined with 3D laser, which means that it can produce almost any article in quite short time. This device is quite expensive though, but with the development of the technology it is going to cost less, which opens great horizons for technology development. 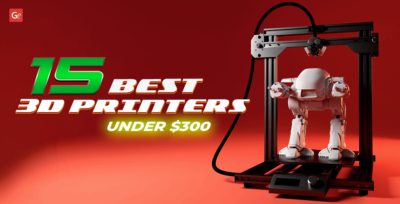