Gordon Freeman to the rescue!

London, 16 August 2016 – Gordon Freeman 3D model joins the gang and brings in his fearless nature. The theoretical physicist turned human race defender has acquired true to life looks and is here to win you.

Our marketplace’s users can download the STL files of Gordon Freeman character which show him in two poses: one holding a crowbar, and the other holding the Gravity gun. Due to the 3D model’s availability to be printed in two different poses, holding two different weapons, the 3D designers created 4 separate STL files.

The files for Gordon Freeman 3D model have been released on Gambody marketplace in middle spring and are popular among 3D printing enthusiasts. 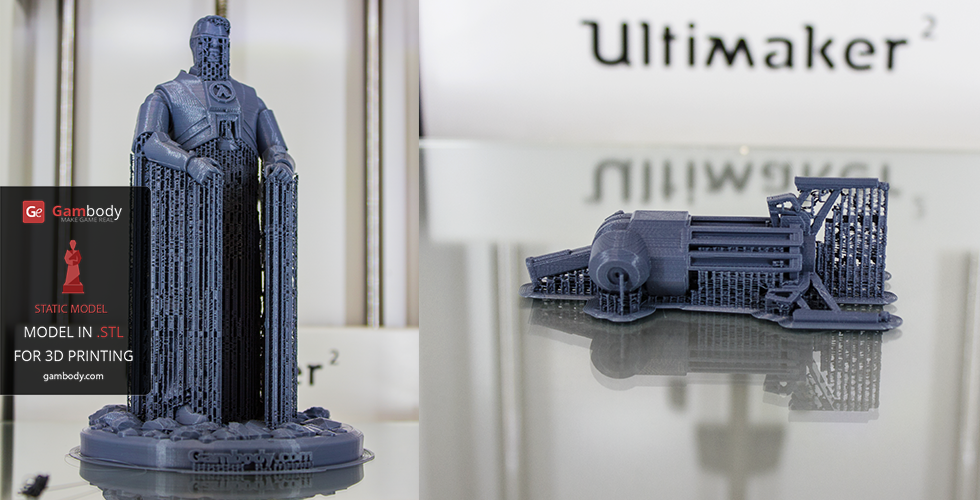 The post processing required removal of support material and smooth sanding of the outer shell, to level the layer pattern on the model.

As you already now, Gambody has launched an online workshop, where it features the printing and painting process of the 3D models that are interesting for its audience. Gordon Freeman 3D model is not an exception.

The painting ritual began just like for any other already painted 3D figurine – with the application of 4 coats of white primer. The model was left to dry for several hours, before starting the main painting process. 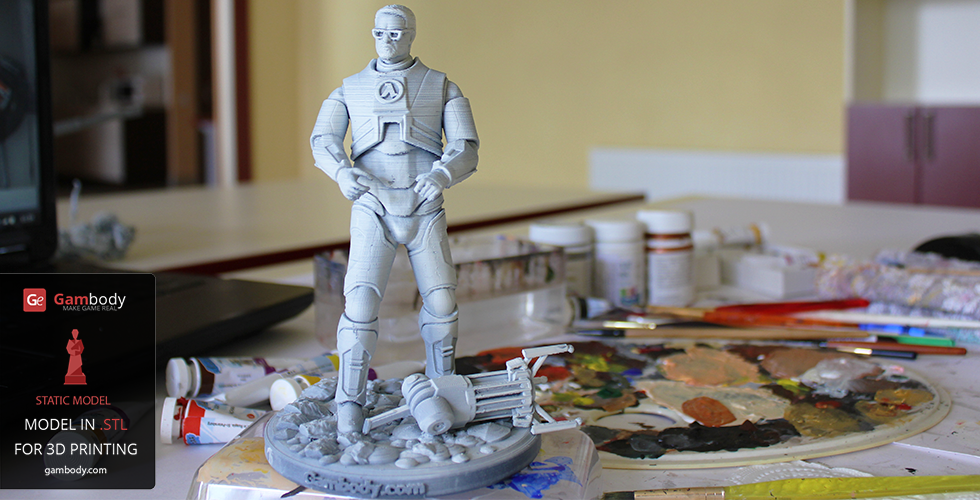 The color palette of the in-game character was preserved and our Gordon Freeman 3D model was soon seen channeling his hazard suit and his usual looks. 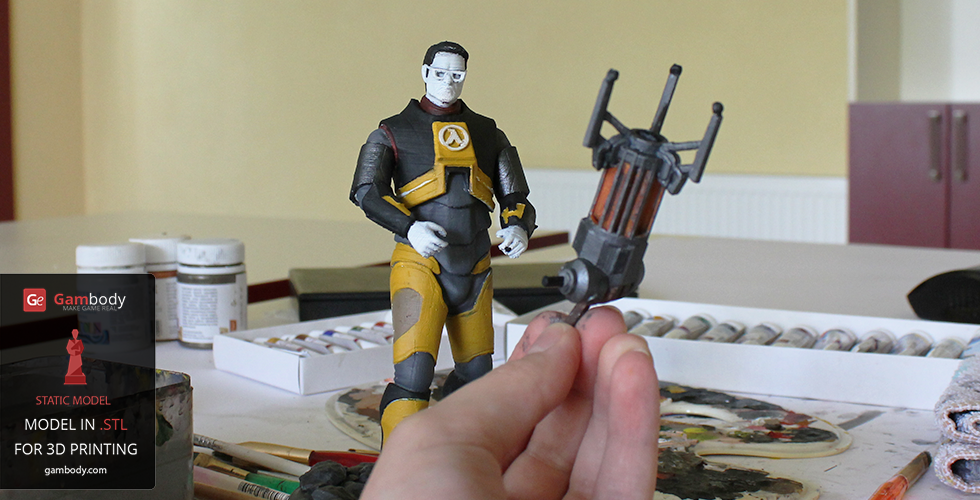 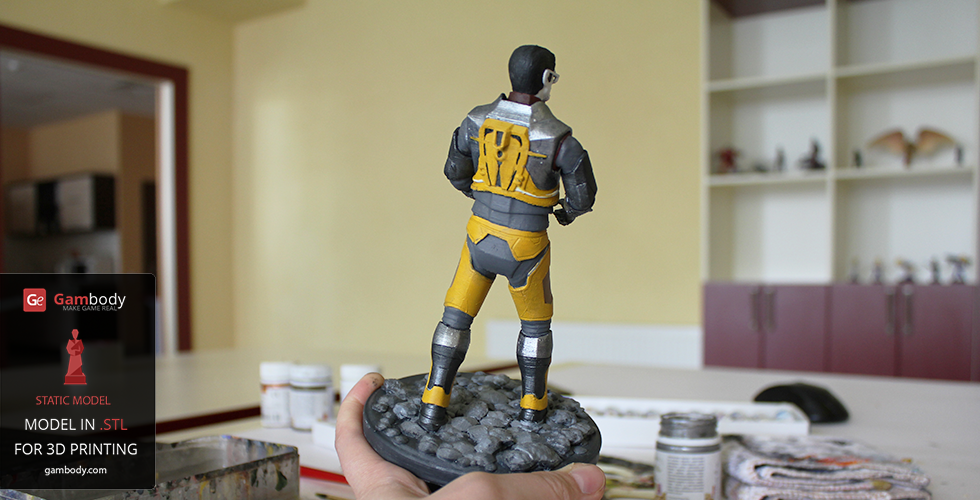 Below, you can watch the time-lapse video of the painting process.

All those interested in getting 3D printed and painted Gordon Freeman 3D figurine information kit can DOWNLOAD HERE.