London, 14 September 2016 – Fallout 4 fans will be thrilled to learn that there’s a new Power Armor in town. And not a simple one, but the very Tesla Power Armor, one of the bulkiest armors in their favorite video game.

Tesla Power Armor 3D model continues the range of Fallout 4 3D models. It is similar to the design of the T-60 Power Armor.

The gamers know that to get the Tesla Power Armor in the game they have to fight off the Enclave soldiers. This sometimes turns out to be a great challenge.

Although similar in design, the two Fallout 4 3D models are completely different in terms of details. The Tesla Power Armor 3D model suit is enhanced with a great deal of outer shell detailing, that the modeler incorporated into the STL files. 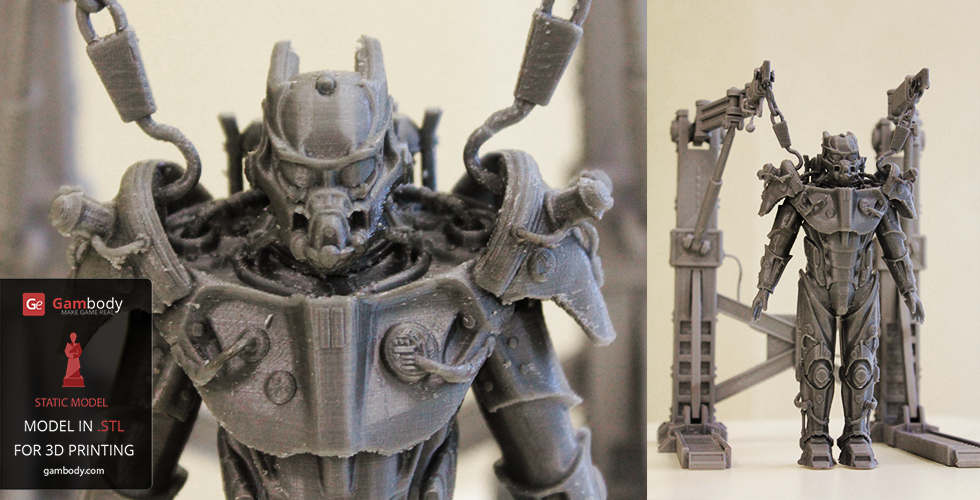 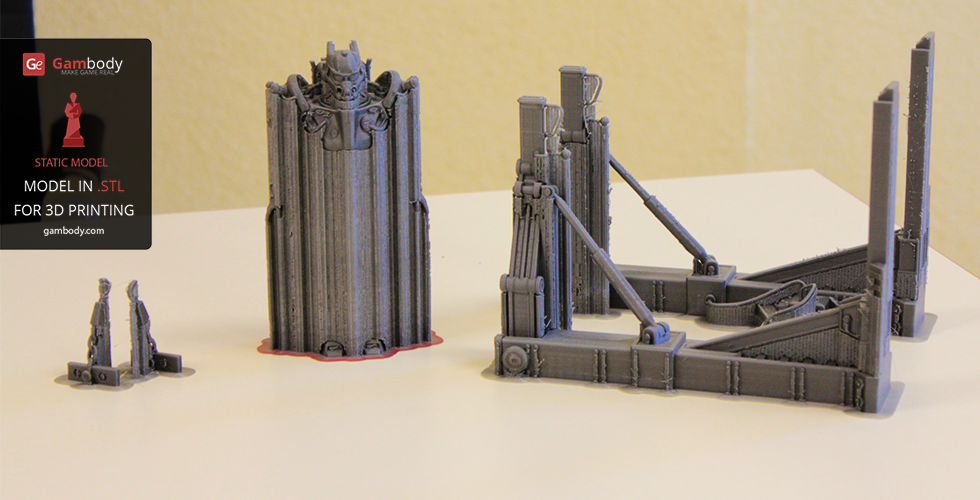 We printed the model in gray PLA material on Ultimaker 2 3D printer at 0.1mm layer height. The printing took from 24 to 48 hours.

For overhangs, the modeler used support to make sure that every detail is printed correctly. Also, to save printing material that goes into the support, we positioned the objects on the print bed in such a way as to use as little support as possible. This is better seen for the power suit support.

Removing support from the 3D models is not difficult, but it requires attention. Smooth the model’s outer shell out after removing the support, to make sure that the surface is clean.

As you already know, Gambody launched an online workshop for printing and painting 3D models’ files are sold on its marketplace. The purpose of this online workshop is to show people the quality of the STL files and what they can create with some plastic material and colorful paint.

To paint your Fallout 4 3D model, you need to coat the Tesla Power Armor 3D model with white primer first. The white primer enables acrylic paint to adhere to the model’s surface and covers all small defects if any.

Then, you put your creative imagination to work and paint the model the way you want it.

The greatest advantage of printing and painting a Fallout 4 3D model by yourself is that you can custom make it, according to your own liking.

This is what we manage to come up with, at the end of a hard-working painting day of Tesla Power Armor 3D model. 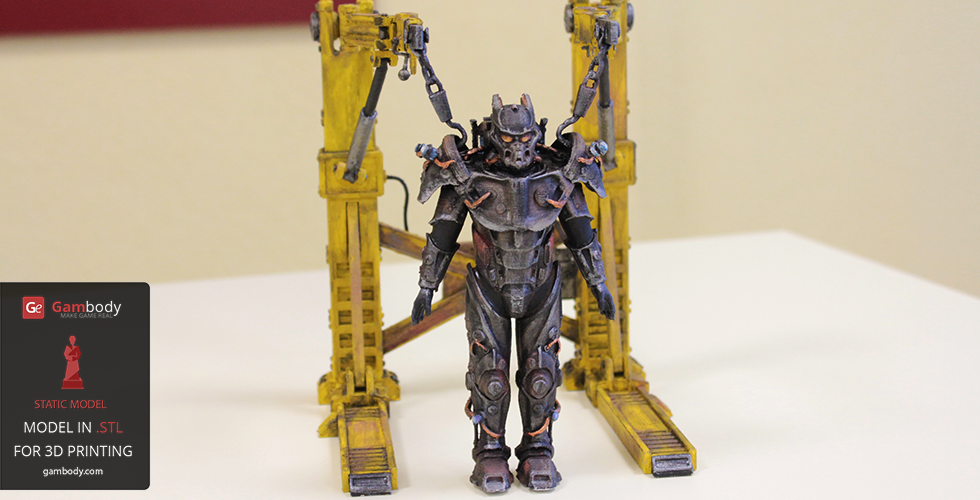 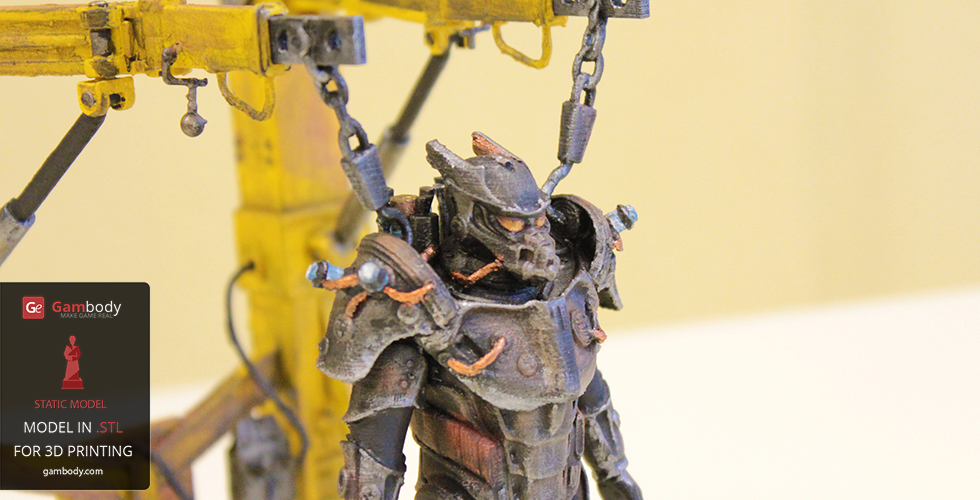 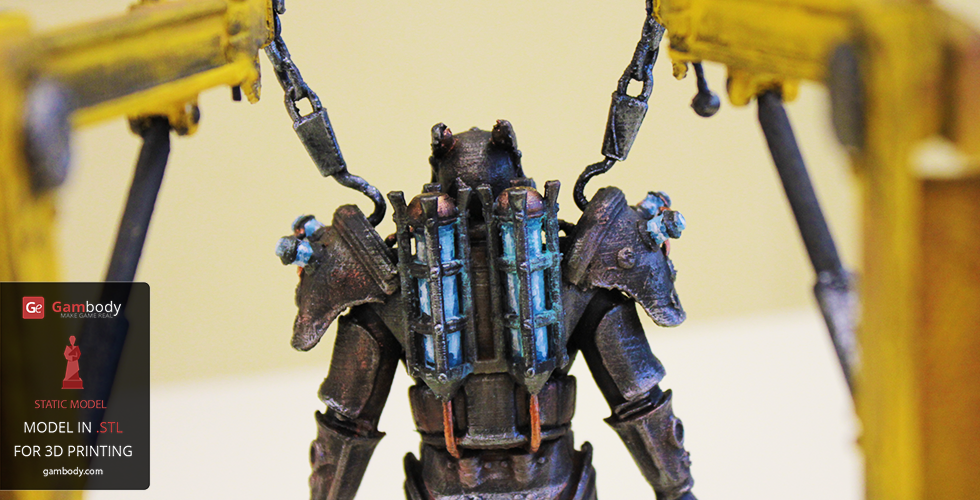 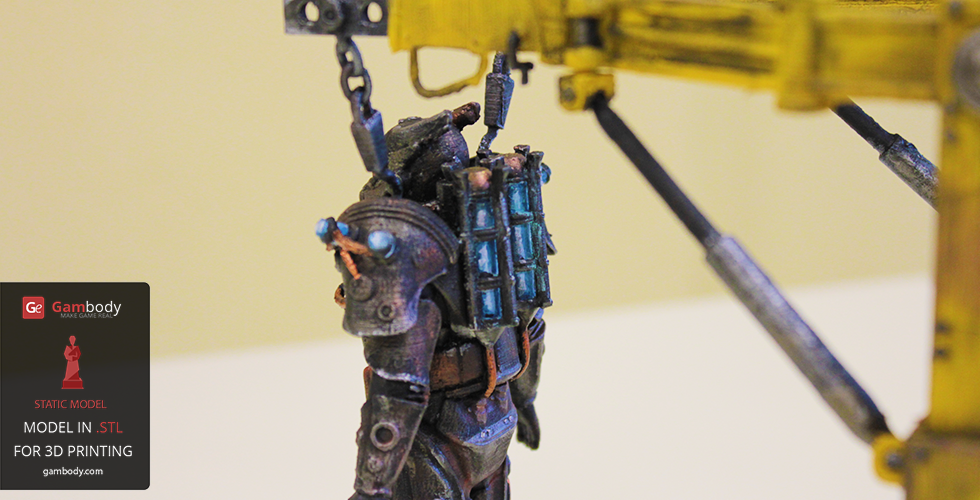 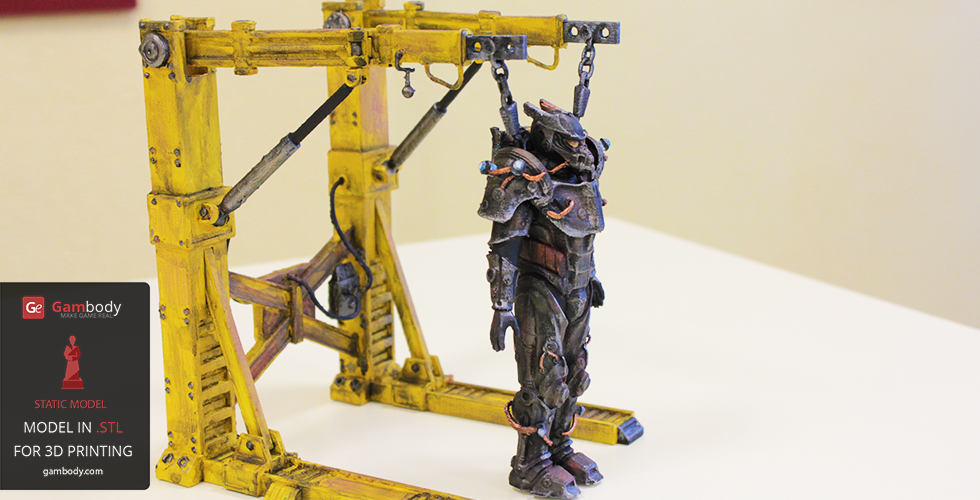 As always, we hand- painted the model, as we consider it a more budget-friendly technique. And we are pretty certain that most of those who will want to have a go at painting a Fallout 4 3D model will follow the same technique.

We’ve also put up a time-lapse video of the entire painting process. Watch it and get inspired!

The 3D printed miniature files can be downloaded here for only $29.99.

All those interested in getting 3D printed and painted Fallout 4 3D model of Tesla Power Armor information kit can DOWNLOAD HERE.