Fairytale creatures, mighty dragons, famous superheroes, destructive villains and even spaceships come to life right before your eyes on a 3D printer bed. Gambody offers a new selection of the best models to 3D print at home inspired by June trends 2020.

Each project listed in this digest is created by talented hobbyists who share their impressive works in Gambody Facebook group. Every model strikes our imagination and is a must to see and adore.

The variety of fictional Universes gives every hobbyist a chance to build his or her fairy world. With a 3D printer, it is easy to fill this world with famous characters from video games and movies. The question is, which cool things to 3D print?

You can select many fantastic 3D printing models on Gambody – Premium 3D printing marketplace. But before you begin this impressive journey, explore the list of the 25 best models to 3D print which were June trends in Gambody community on Facebook.

1. Treebeard from the Lord of the Rings to 3D Print

It is a pleasure to start our list of cool things to 3D print in 2020 from the incredible Treebeard character. This ancient Ent is a fictional creature from the Lord of the Rings Universe. It looks unique from top to bottom with the bar-like skin and impressive tree-like texture.

Several talented hobbyists already 3D printed one of the oldest living things found in the heart of Middle-earth. Their masterpieces are worth your attention!

The Treebeard printed and painted by Seppus Endertus looks super real. It seems that this character has come to life from the screen, and the Ent is about to carry a Hobbit on its shoulder:

The figurine made by Annie Moberg on four Flashforge 3D printers was scaled at 150%. It stands at 85 cm (33 inches) tall. This giant Treebeard figurine looks outstanding among real trees, plants and flowers:

It is excellent that some hobbyists choose to downscale the 3D printing models and come up with some impressive miniatures. The Treebeard figurine scaled down to 65% by Bullets Ie was printed in resin:

You can download Treebeard STL files for 3D printing to turn this beautiful Ent into a real masterpiece.

The list of best models to 3D print must include dragons. These giant creatures exist only in fairy tales, computer games, stories and movies. And it is fantastic when you can recreate one on your 3D printer, paint its skin, outline all the details and giant wings.

The three best models to 3D print in 2020 are Smaug, Viserion and Deathwing dragons. Each one is unique and impressive. Each gives you many fantastic moments of printing and painting and becomes a real masterpiece no matter which colour theme for airbrushing or hand painting you choose.

Maker Tuğbay Yağcı‎ chose to paint Smaug dragon into the colours of Drogon from Game of Thrones. Even though Smaug is originally from The Hobbit Universe, a 3D printer gives everyone the freedom to create new characters and fantasise 365 days a year.

Makers Dieter Verscheure and Minh Tran‎ used the same STL files for 3D printing Viserion dragon. But their figurines are painted in different colours, and each looks unique and very impressive.

Another stunning dragon is Deathwing. It looks fantastic overhanging above the castle. The scene recreated by Gustaf En Bernadette VanderNest‎ on a 3D printer wows:

If you also believe that dragons are the best models to 3D print, you can get:

The list of cool things to 3D print in 2020 must include some famous spacecraft models. Many of us have a favourite TV show or series that features starfighters, spaceships, starship or another type of spacecraft.

There are many impressive spacecraft models to 3D print in Star Wars Universe, the newest Mandalorian TV series, different video games and films. Every spaceship is highly-detailed and boasts many beautiful parts that are fun to print, paint and assemble.

The beautiful Viper Mk2 space superiority fighter looks gorgeous in its original colours. The model was printed and painted by Dieter Verscheure who is a big fan of the Battlestar Galactica sci-fi TV series:

A 3D printer gives you a chance to feel what it is like to be Captain Malcolm Reynolds and pilot the famous Firefly-class ship Serenity.

Maker Cees Joore‎ chose to downsize the original model to 80% and made an awesome spaceship of 33 cm (13 inches) in length. It took him 75 hours to 3D print the model:

Another maker ‎R James Ashton‎ chose to print both Serenity spaceship and tiny shuttle. His airbrushing work is incredible, and both models look fantastic:

3D printing is not only about printing, assembling and painting. Some hobbyists love to make their projects shine and add LEDs inside. James Rooke made this stunning Terran Battlecruiser‎ spending 4000 print hours and reaching an incredible size of 1.3m x 1.1m (51 x 43 inches):

3D printed models and figurines can decorate your room. Take a look at this excellent collection made by Larry Day‎. The maker recreated Godzilla, TIE Fighter, X-Wing and Y-Wing Starfighter along with other Star Wars models for 3D printing:

And you can also enhance your collection of 3D printed spaceships by getting:

A hero from comic stories, movies, or video games doesn’t necessarily look like a Superman. He can be a seemingly dangerous strongman or a singer with no exceptional physical strength.

Heroes do brave deeds, share their positive energy with others or have a kind heart, and save the world from boredom and evil.

The Tank hero from Overwatch, Reinhardt, looks beautiful as a 3D print. Maker Nguyễn Việt Nam made a stunning figurine:

Here is another famous hero Superman made by Ashley Young‎. The hobbyist used STL files from Gambody – Premium 3D printing marketplace, but made a unique base and a hand-made wired cape. The result is fantastic:

We can meet a hero in every person who lives in the world. For example, Freddie Mercury is one of the musical heroes of all times whose incredible voice still warms millions of hearts. The figurine made by Charbel Dagher‎ looks very lifelike:

Varian Wrynn is another impressive warrior who is a hero for his nation. This highly detailed figurine of this WOW character looks stunning painted in grey and brown colours by Rom Eng’‎:

The Dota 2 hero Axe is always willing to fight. You can see his deadly force in the highly-detailed figurine made by Trung Nguyễn‎:

Which of the heroes look like best models to 3D print in 2020? You can make each one by downloading:

Like heroes, villains differ from each other. Someone chooses the dangerous and deadly path because he likes to punish others and administer his justice. And someone is driven to terrible actions by the environment and the attitude of the society.

Some creatures are born being villains. Killing is in their blood and veins. But turning them into a 3D printed model can provide you with many decisive moments and happy hours of painting.

For example, the impoverished comedian Arthur Fleck turns into a real villain Joker. This figurine for 3D printing comes with so many details and such an excellent platform that each hobbyist can add something unique to the scene and make it stand out. Makers Filament junkie and Mike Pigg‎ turned the same STL files into two different yet fantastic projects:

A fictional supervillain Thanos appears in many impressive postures on Gambody – Premium 3D printing marketplace. This way, each hobbyist can choose the best models to 3D print according to personal tastes. Take a look at these two different versions of Thanos made by James Rooke and Krystian Granatowski‎‎. Aren’t they stunning?

The iconic villain Bogeyman, also known as Pyramid Head, sends chills down your spine even when it is 3D printed. The project made by Jiří Petr‎ looks horrifying and superb:

Lord of Terror is also a great antagonist to turn into a 3D print. Maker Paul Krupa‎ printed different parts of this figurine on five resin 3D printers and came up with a beautiful yet terrifying Diablo character:

The SoshingekiGoji is one of the first versions of Godzilla made for the movies. When turned into a 3D printed figurine, this version looks very impressive. Here is a great example printed and painted by ‎Bill Mattes‎:

While Kratos is not a villain, he is an anti-hero of the God of War series whose desire was to destroy Olympus. There are several best models of Kratos to 3D print offered on Gambody marketplace. Makers ‎Ngô Đăng Minh‎ and Dimitris Moi‎ recreated the Grumpy old Kratos figurine that looks fantastic in a diorama with Atreus:

Maker ‎Yasien Teladia‎ printed the destructive antagonist of the God of War video games. This aggressive version of Kratos was printed on Creality Ender 3 and CR-10S printers. It reaches 65 cm (26 inches) in height:

Best villains and anti-heroes are waiting for you to 3D print them. Here is the list of best projects you can download:

All these cool things to 3D print might attract your attention and make you turn on your 3D printer right away. Transform the best models into 3D printed masterpieces and share your photos in Gambody community on Facebook. Let others adore your works and get inspired by projects shared by other hobbyists from all over the world. 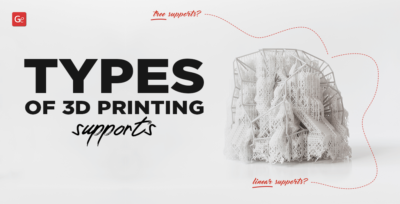