The best thing about 3D printing is that it has no limit. It allows you to create things you never thought would be possible to create some 10 years ago. Now, 3D printing has infiltrated in many sectors of our life and industry. And one of the best things is that DIY-ers can truly benefit from it.

Did you know that thanks to 3D printing you can have your very own robot in the house? Well, if you don’t, follow us along as we’re about to show you 12 robots you can 3D print and assemble in the comfort of your own home.

Who doesn’t know this sensitive robot from the acclaimed animated movie with the same name? Wall-E has melt millions of hearts all over the world with his human soul and feelings. Even though a robot, Wall-E was more a human than many of us.

The cute robot has been recreated by a fan of the cartoon and the character. The Wall-E robot for 3D printing consists of 300 parts. The robot is put in motion with DC motors and servos.

Watch a detailed video tutorial that will help you assemble your own movable Wall-E.

If you want a biped robot to make your day, Bob is the fellow. The 3D printed robot will amuse you with his moves and will not leave you indifferent to his playful nature.

Bob works using four small motors to move his legs. A list of al required elements Is include din the downloaded folder.

Robo Dave is the Minion adaptation of Bob the 3D printed robot. Become a despicable person by creating your own army of Minions. 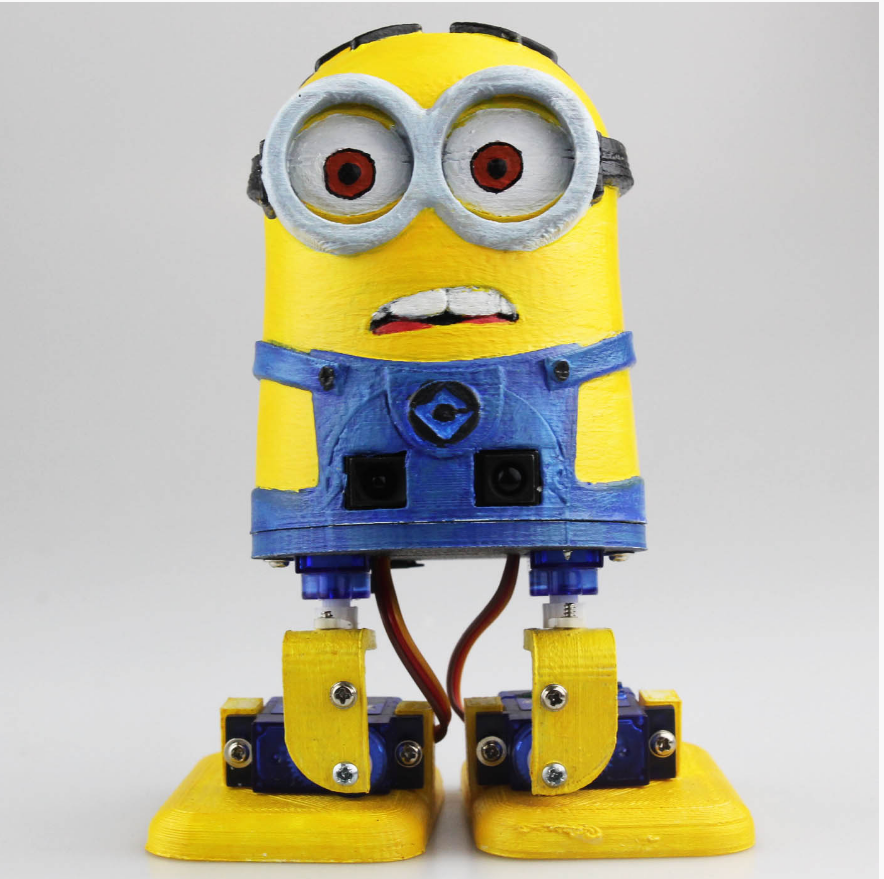 Otto, the 3D printed robot, will make you fall in love with him right from the start. He has great moves and you can convince yourself by watching the video below.

Follow the steps in this Instructable to build your own Otto cutie.

For those who are passioned about robotics in general, here is a robotic arm project to keep you busy for a week. Although it doesn’t have a specific purpose, seeing it move and perform a simple operation is already a win.

Want to build one? Here’s a detailed Instructable for it.

This 3D printed robot is probably the simplest one in our list. It doesn’t require wiring and motors to be put in motion, as it is a static one, which you can keep on your desk or shelf.

Paint it the way you want to make it more attractive. 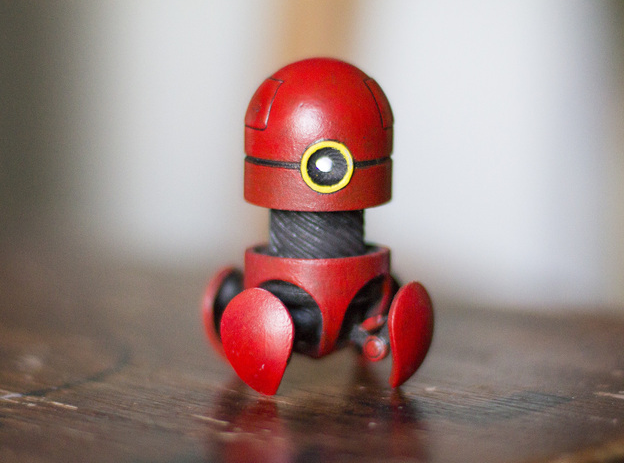 The 3D printed robot is optimized to fit 4 mini servos. 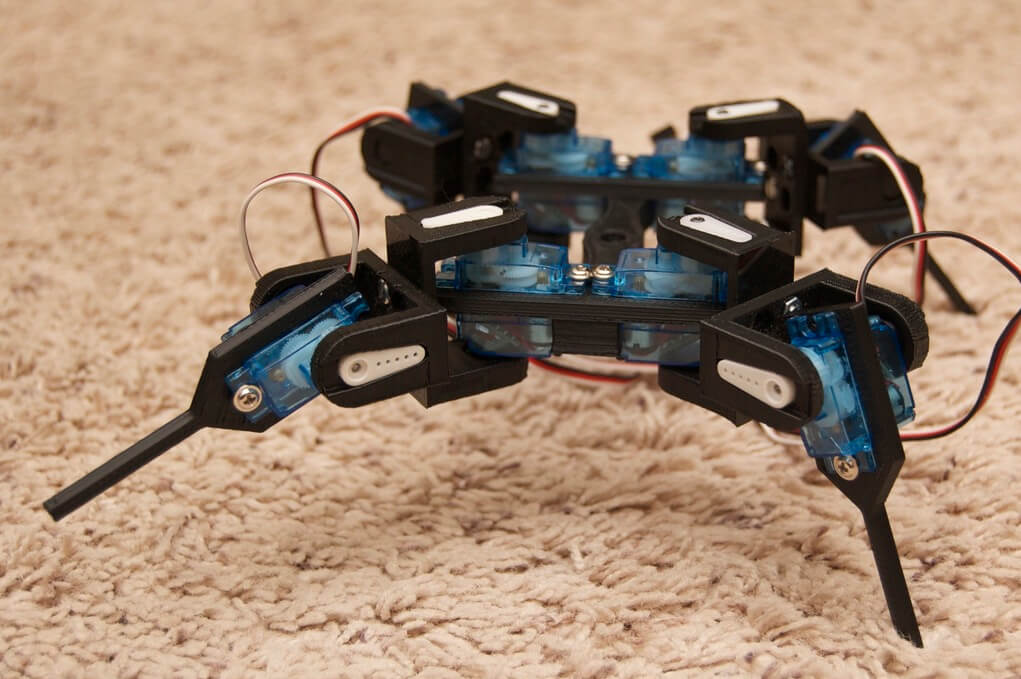 PLEN 2, the first 3D printed humanoid, is the most advanced 3D printed robot in our list. It is a wireless controlled robot, that can perform quite a range of actions and movements, thanks to its 18 joints. The robot sells in kits with all the parts and accessories required to build it yourself. 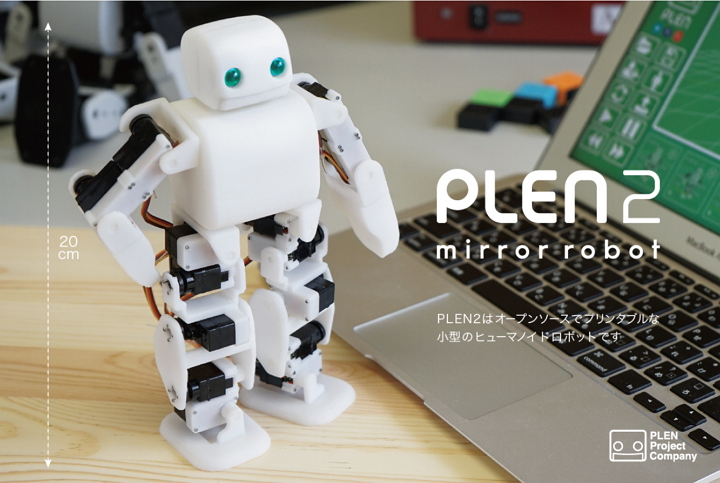 Where to find it: PLEN

The Xpider is the smallest 3D printed robot. It is only 88 mm tall and weighs 150 g. Although small, the robot is very well equipped: it has a built-in camera which records everything the mini-robot stumbles in its path.

The happy owner of this smart-ass spider robot will be able to see on his smartphone what the Xpider sees and records on its camera.

Where to find it: Wevolver

Randy shares his easy to build 3D printed robot. Made from 3D printed parts and some electronics, the robot is an easy project that can be made by anyone.

To make it even simpler to build, Randy has put up a detailed Instructable from start to finish.

Another Instructable of a cool walking humanoid 3D printed robot that is worth your attention.

What’s cool about these Instructables is that you don’t have to figure out yourself what do to and how to do it.

To build a 3D printed snake robot you will need 3D printed parts that will stand for the snake’s body, 8 servos and screws to assemble the snake.

Watch the video to see how it is done.

If you are a 3D printing enthusiast, these 12 3D printed robots will set your 3D printer in the right mode to build the next project.