Who doesn’t like a good superhero movie? Nowadays, every superhero has a movie dedicated to him which means more options for us.

We will focus this roundup on DC superhero STL files. This list consists of 3D printing statues, weapons, masks, helmets, and other symbols of the superhero. We put the roundup together in alphabetical order for easy navigation.

Scroll down to the end of the article as there is really cool stuff you can 3D print if you’re a DC comics fan. 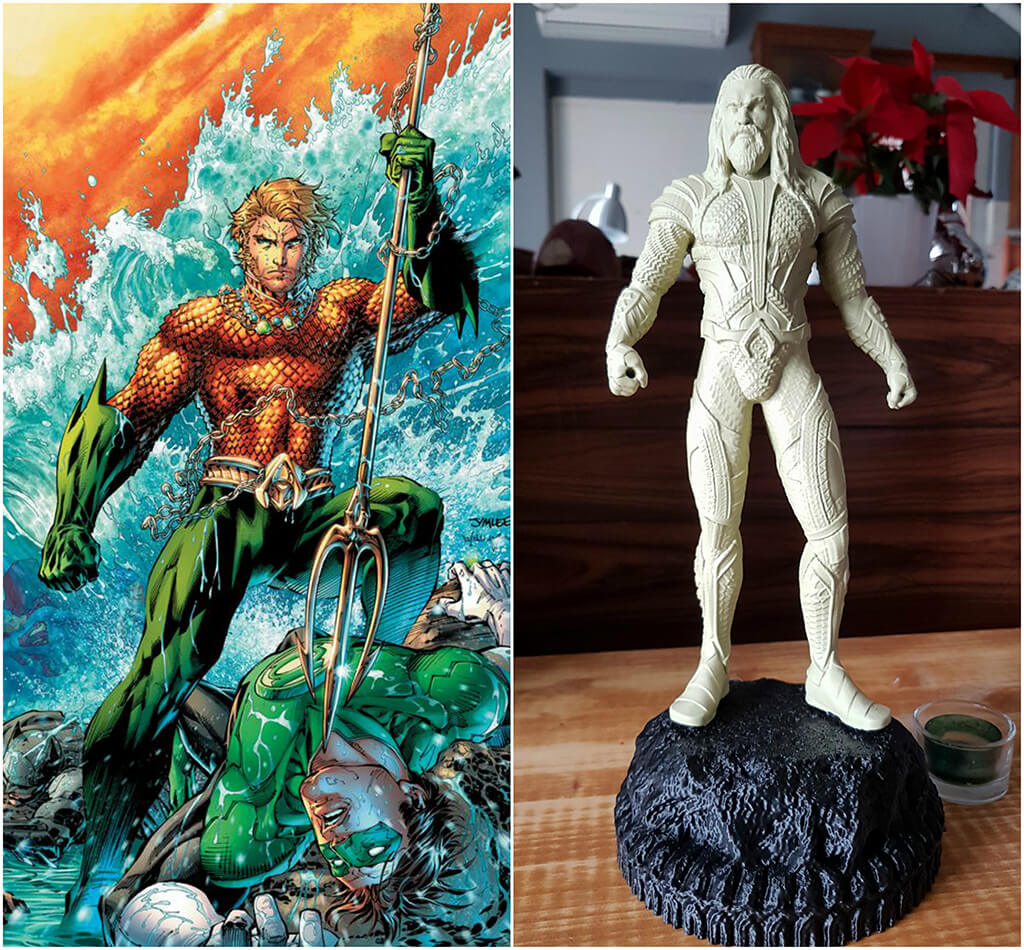 Who is he? We will start with the ruler of the sea – Aquaman, the heir of the underwater kingdom of Atlantis. He thrives in the underwater realm and can speak to underwater creatures in their own language. This superhero will soon appear in a movie dedicated to him. Jason Momoa will play the role of Aquaman. Until then, however, you can see him in comic books and cartoons, or you can have yourself an Aquaman 3D printing figure.

There are also those who are more into cosplaying. That’s why we thought to help you find the Aquaman trident. Easy to print – great looking for a cosplay event! 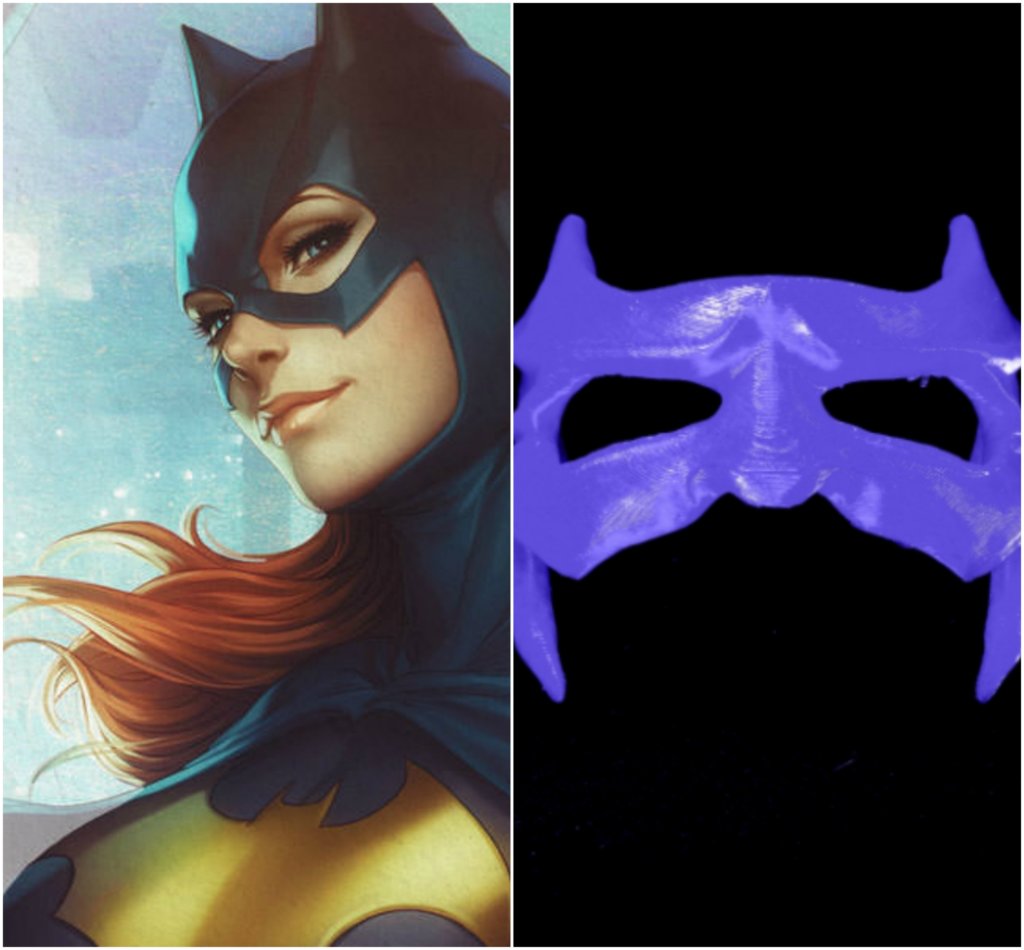 Who is she? There’s a female version of Batman – the Batgirl. This lady knows how to deal with bad guys. Her ally is, of course, Batman. Impersonating Batgirl has never been easier than with the boom of 3D printing. You can have the mask of Batgirl in just a matter of a couple of hours and you’re ready to go to kick some asses. 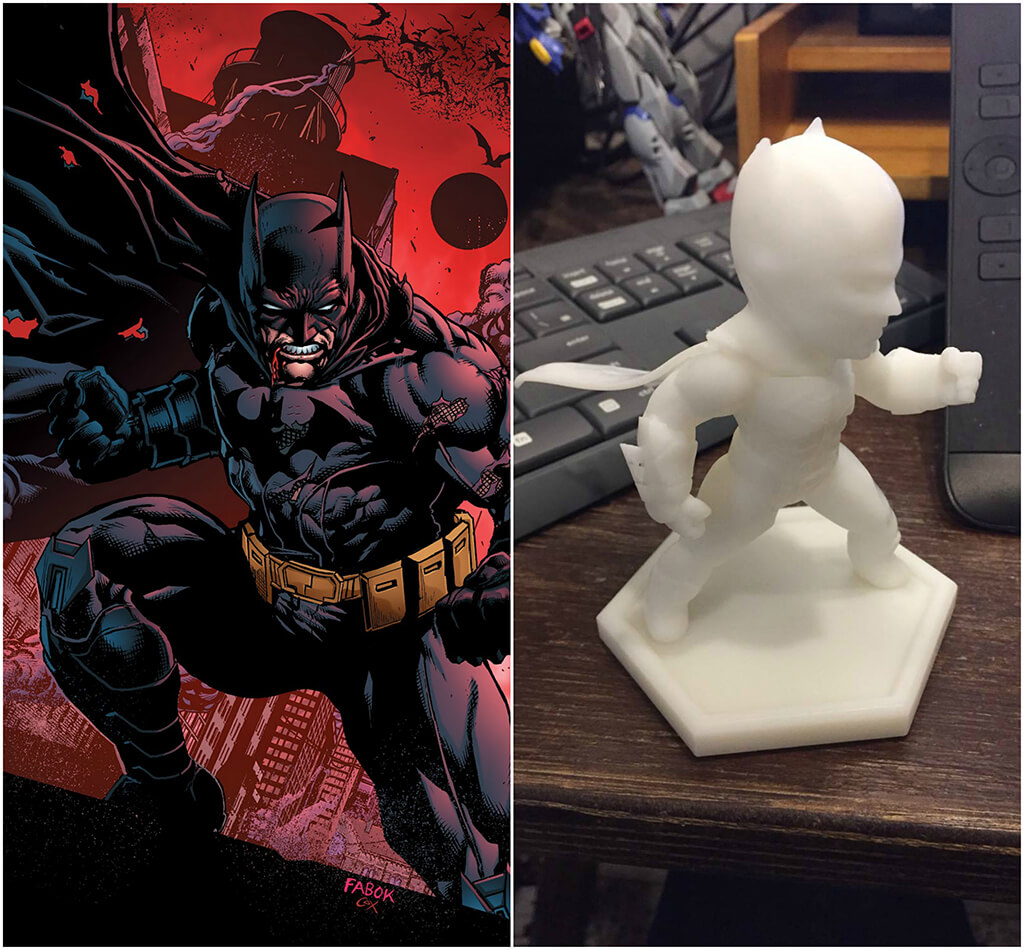 Who is he? Batman never needs an introduction. Everybody knows him thanks to the highly acclaimed movies of the ’90s and the more recent ones – of 2000s. Batman was portrayed by Michael Keaton, Christian Bale and Ben Affleck played the most recent interpretation of the iconic hero.
Batman, of course, dominates 3D printing as well. There are a lot of Batman miniatures to choose from but the following 3D ones you can find right on our website, and all three are different from one another.

The cutest one, according to our editorial team, is the Chibi Batman. Chibi is a type of caricature in which cartoon characters are exaggeratedly illustrated, i.e. very little and with big heads. You can see also some other Batman 3D printing miniatures here and here.

Also, just for fun or for cosplay, you can 3D print the bat-shaped weapon of Batman. 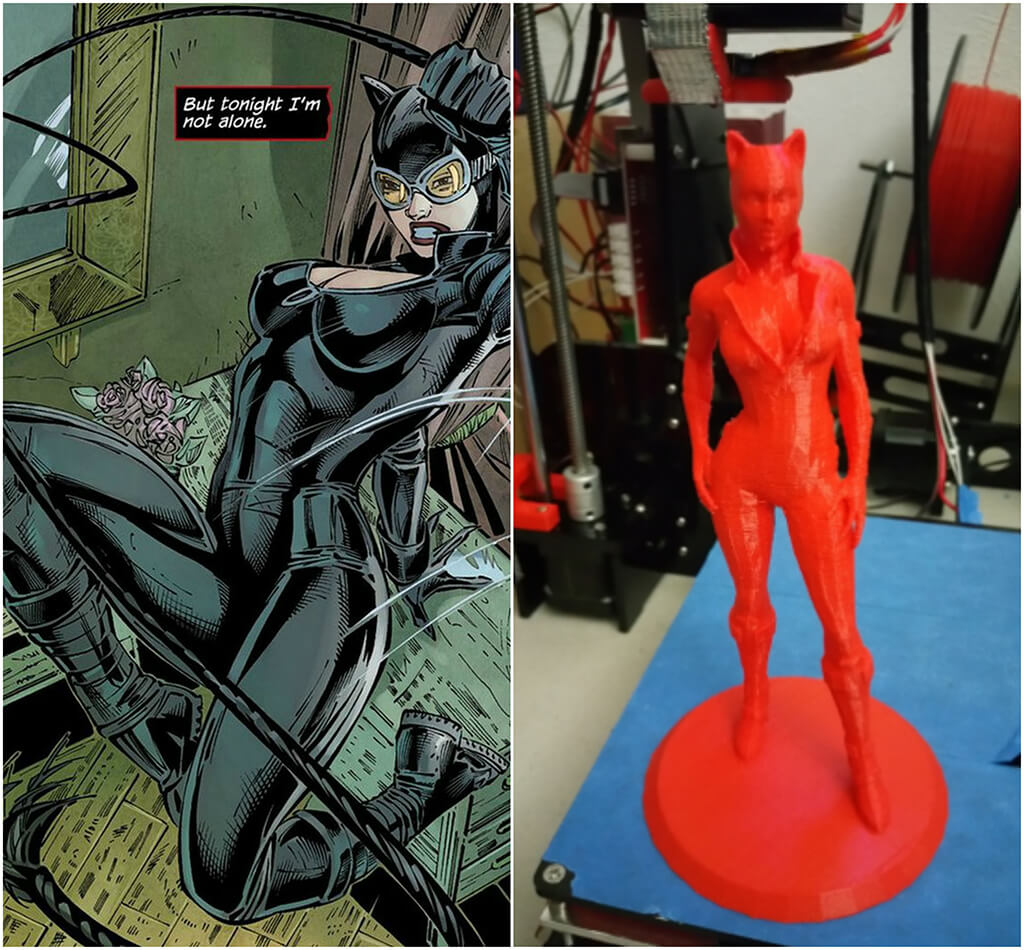 Who is she? Meow!

Probably the most remembered interpretation of the Catwoman in the movies is that of Michelle Pfeiffer from the 1992 Batman Returns. Her Catwoman is sexy, yet she knows how to use her claws.

We have found a Catwoman miniature, which you can download at Thingiverse https://www.thingiverse.com/thing:1923837 and an interesting pendant which you can order here. 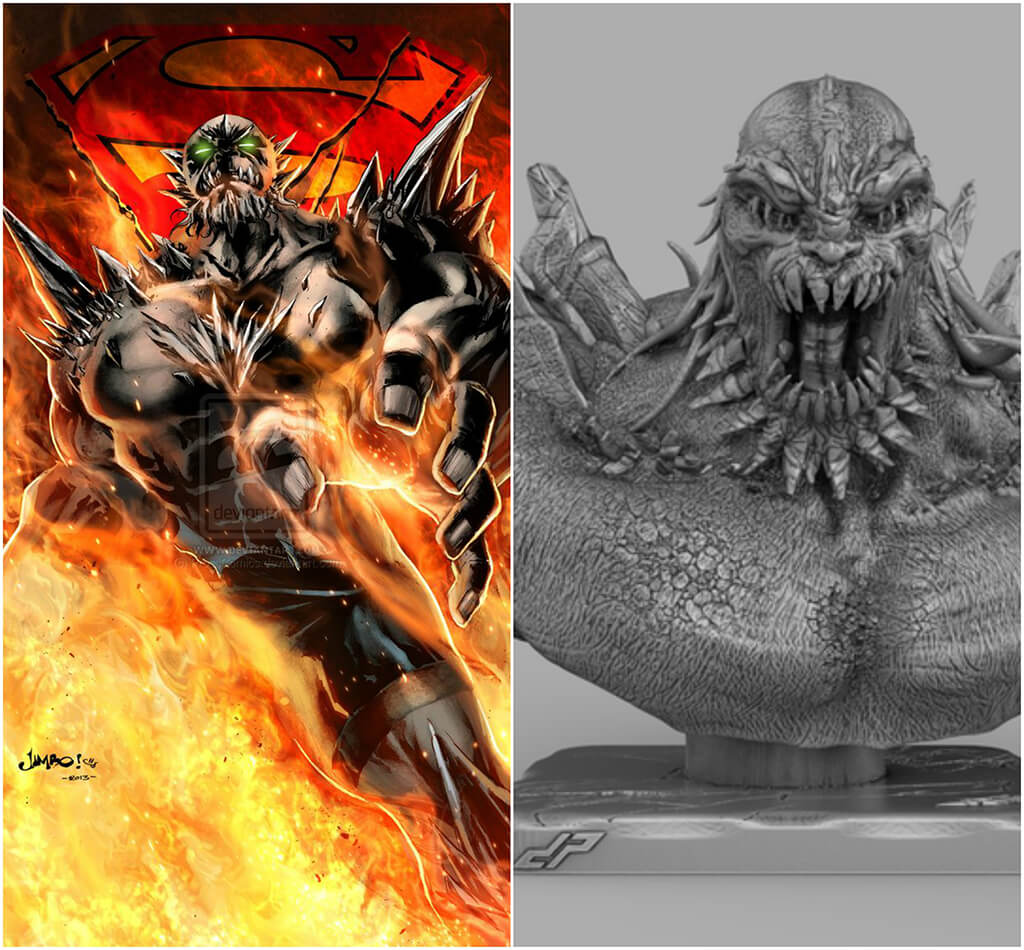 Who is he? We’ve seen the archenemy of Batman. It is time now to make acquaintance with Superman’s No 1 enemy. Doomsday is the supervillain who has made Superman’s life a little bit more difficult than it already was. As if being from another planet, possessing strength and power that a human cannot even imagine was not enough.

He was conceived as a killing machine for Superman. We will not reveal any more details about these two. But will encourage you to replicate Doomsday 3D print miniature bust. 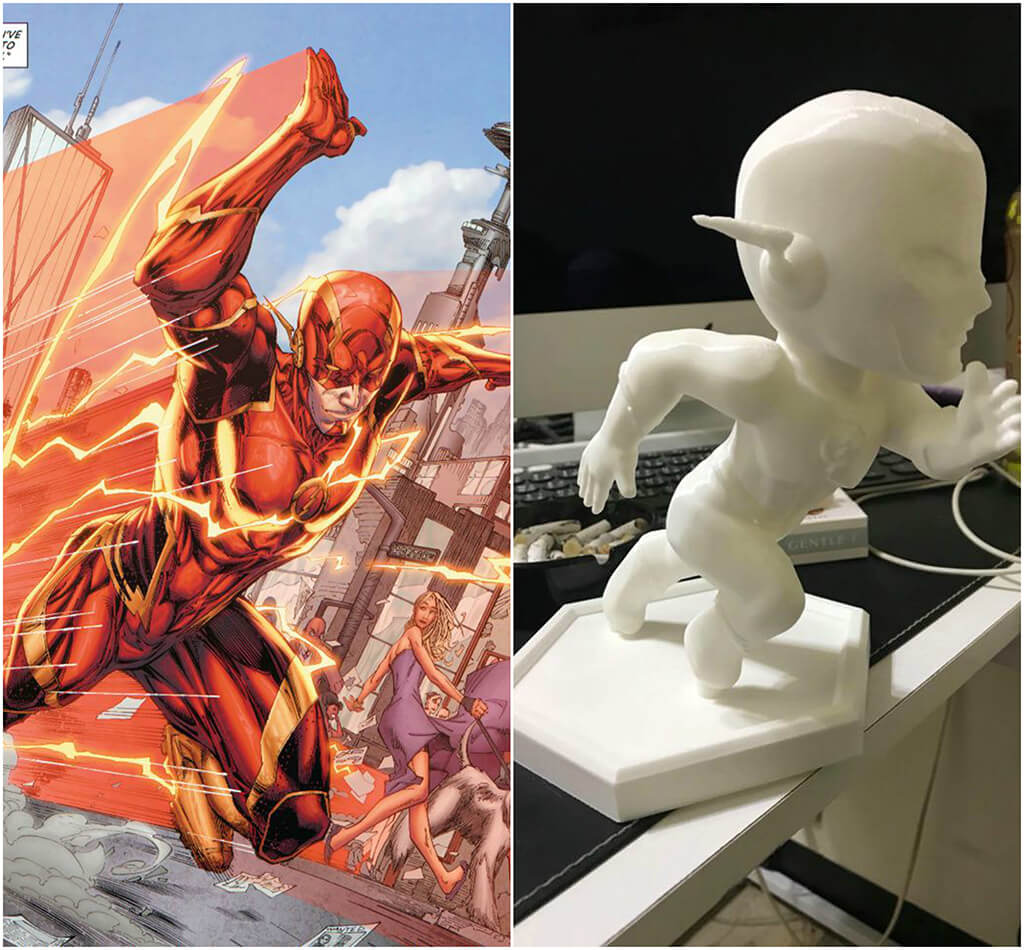 Who is he? He is another superhero from the DC Comics. Like most of his comrades, Flash has his own adversaries. He is known for his endurance to cover long distances.

Gambody has the perfect Flash 3D print toys you can dream off. Depicted in a running position, the figurine has lightning flashes attached to its body. They depict just how fast this superhero can move, run, and think.

If you want to have the cutest Flash statue, we encourage you to give Chibi Flash miniature a go. Promise, you will not regret it.

And of course, those who are more into cosplay, can 3D print Flash helmet. 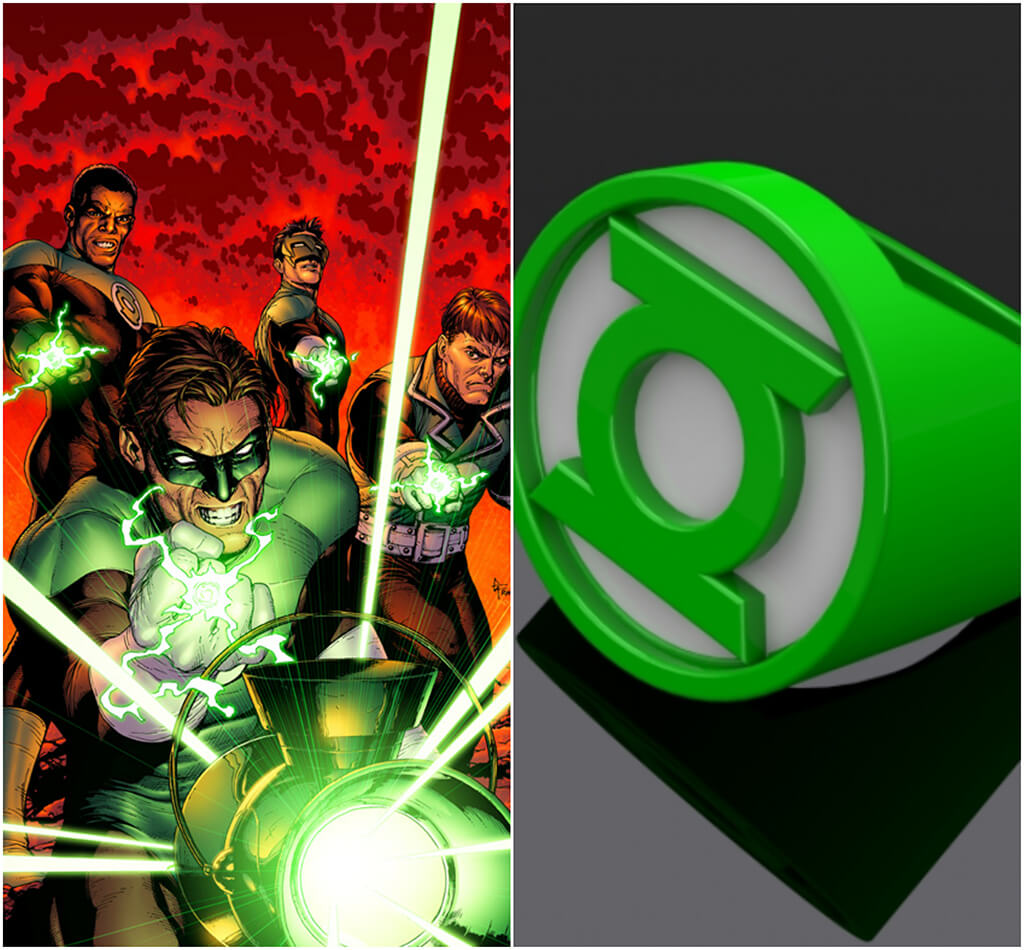 Who is he? Green Lantern is not superhero per se. He gets his superpowers from the special ring he wears. And by the way, there’s more than one Green Lantern.

Of course, the signature item of this character is the ring that grants him a range of superpowers. If you fancy walking in the shoes of Green Lantern, why not 3D print some Green Lantern collectables? You can find some here and here. 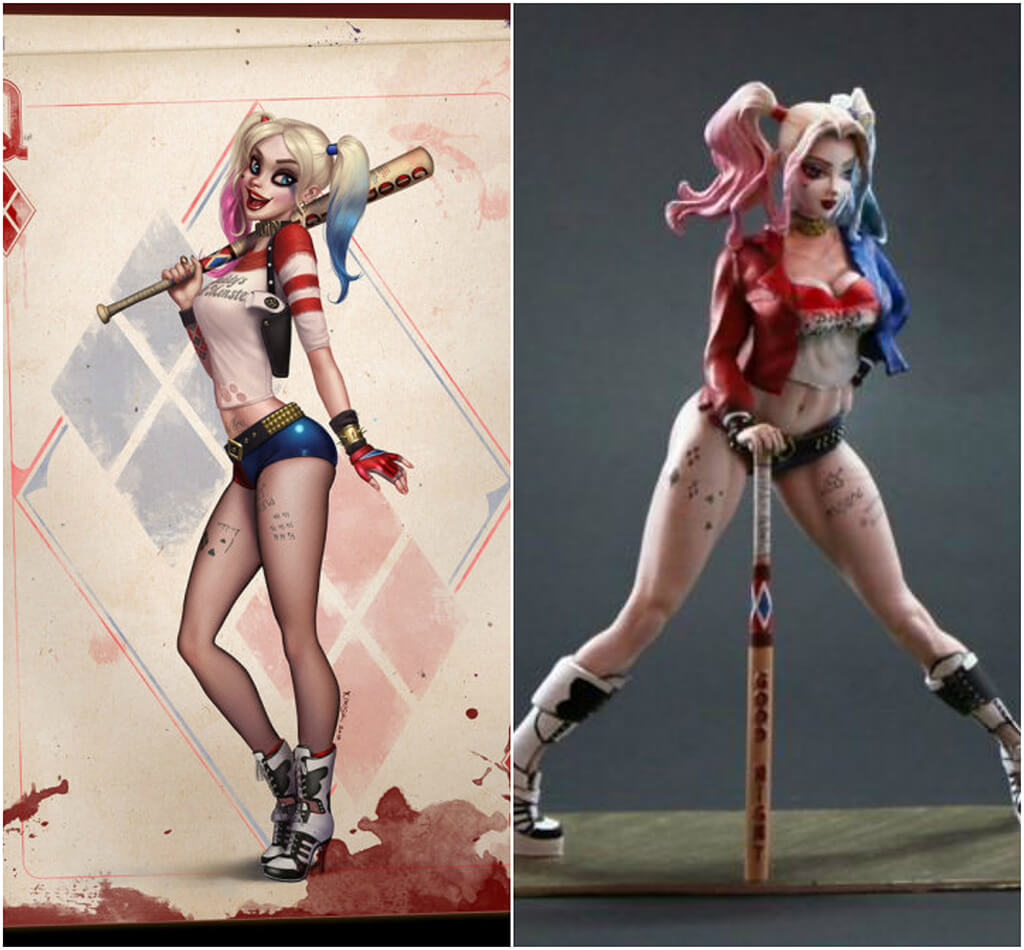 Who is she? Harley Quinn is one of our favourite DC comics characters. Following Margo Robbie’s appearance as Harley Quinn in the movie Suicide Squad, the character gained popularity.

If you don’t remember, we surprised you with a sexy 3D printing figurine of Harley Quinn last year for February 14. Since then, many of you have given Harley Quinn toy a try and we are happy to see your marvellous results.

Although there are plenty of 3D printing superhero figurines and villains miniatures on our marketplace, Harley is by far one of the sexiest female characters we have in stock. 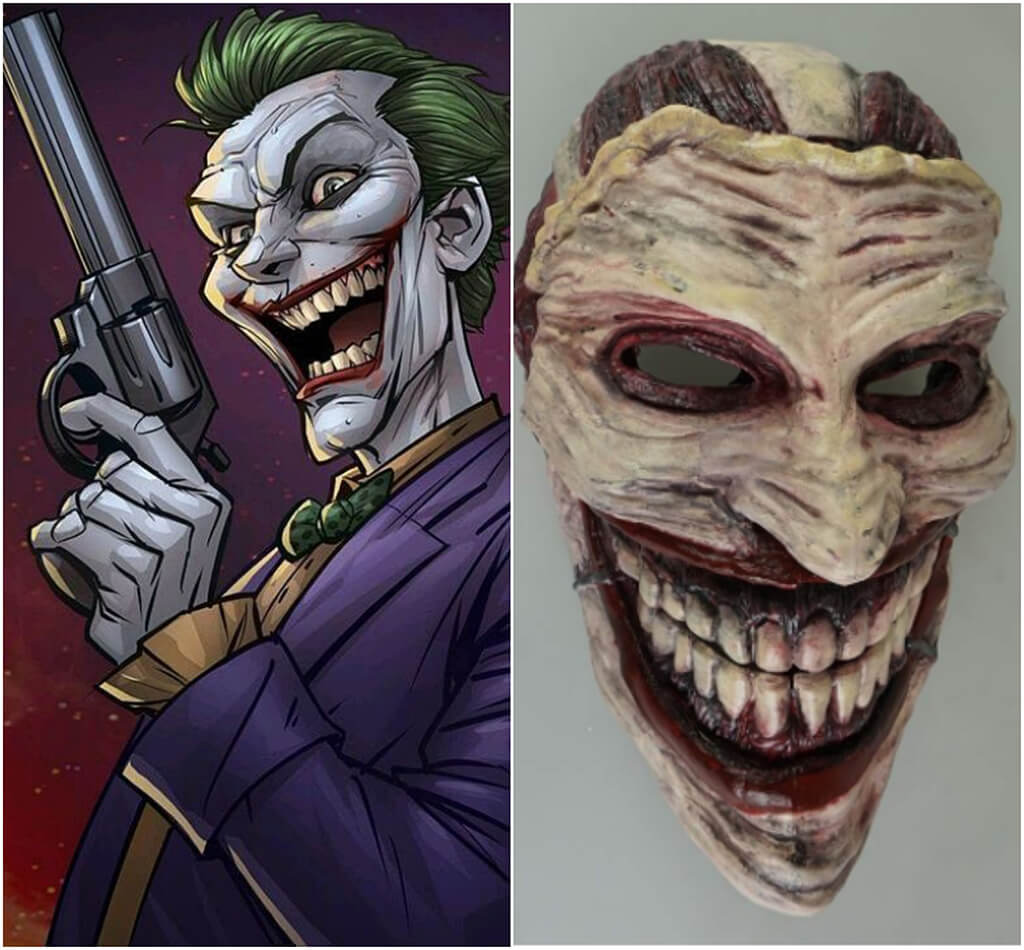 Who is he? Probably, one of the most interesting DC comics villain. He is the archenemy of Batman possessing a sadistic sense of humour. He has fought other superheroes, but his favourite has always been the Batman.

The Joker from Batman has spawned inspiration for cosplayers around the world. Just take a look at the Joker 3D print mask – great for Halloween as well.

And for those who like 3D printed busts, here you can find a very good one of the Joker character.

Superman is the hero of all of us. There are books, comic books, TV series, cartoons, and motion pictures dedicated to him alone. He is more popular than the President of the United States.

And we have several Superman 3D printing figurines you can choose from to replicate yourself.

If you like the chibi technique, we have a chibi Superman miniature available. 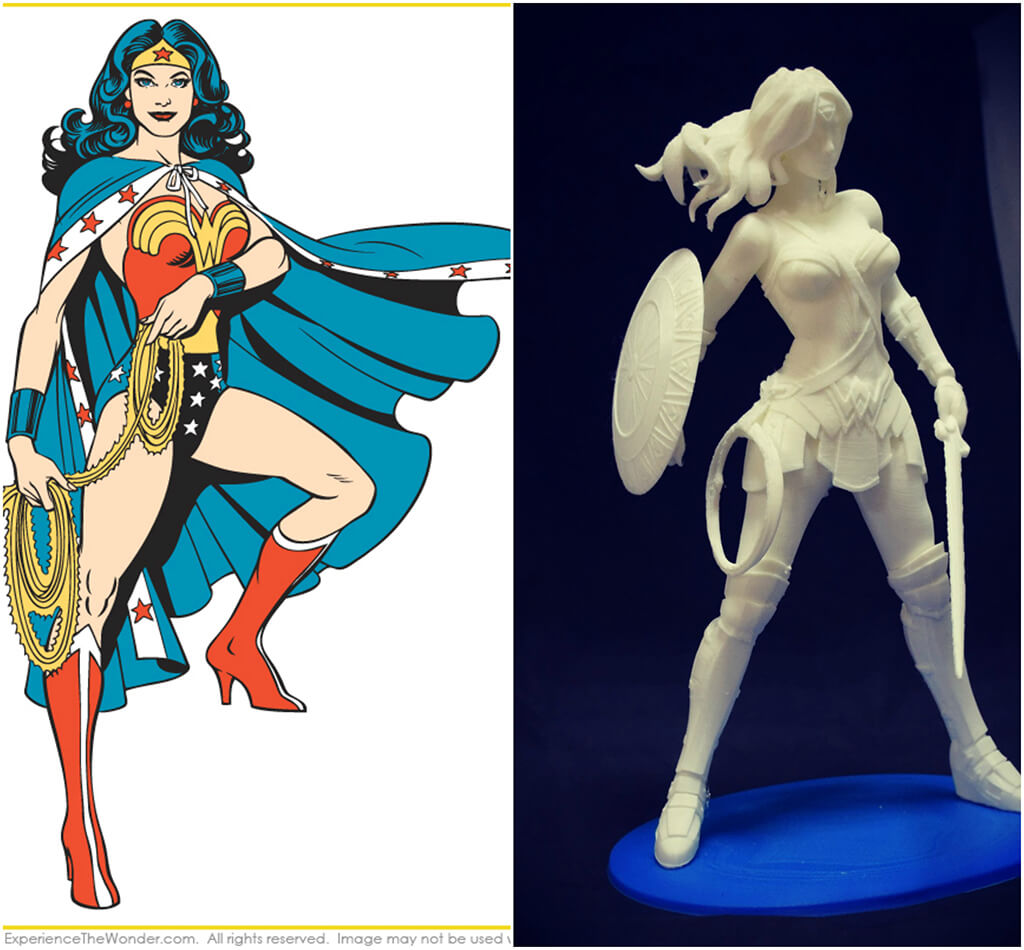 Who is she? She is a woman of wonder. Legend says that she was sculpted from clay by her mother and given life by Aphrodite. She also received superhuman powers from the Greek gods.

She is also known by the name of Diana the Princess or the Amazon Princess. Smart, humanitarian and compassionate, Wonder Woman is a confident and intelligent character. Recently, in order to bring back her previous glory, a movie was made to show her story that debuted in theatres in 2017.

Beautiful and strong, this woman knows how to defend herself.

Have we convinced you to replicate one of the above-mentioned DC Comics 3D prints? Let us know which is your favourite in the comments.