The Terminator franchise featuring Arnold Schwarzenegger as a cyborg assassin has had many fans worldwide since the original film presented in 1984. With the growing popularity of desktop 3D printers, it is fun to bring your favourite characters from the screen into the real world. All you need is detailed Terminator 3D model STL files, your 3D printer, some of your time and patience. Then you can own stunning 3D printed figurines and models from your favourite movies.

Talented 3D designers offer high-quality Terminator STL files of the well-recognized characters on Gambody – Premium 3D printing marketplace and other websites. Thus, you can recreate all Terminator models and decorate your shelves and rooms with unique 3D prints.

The ability of Arnold Schwarzenegger to turn into the fictional character T-800 made this machine super famous. Today, you can start your collection of 3D prints by recreating the T-800 Terminator 3D model.

The original storyline presented the T-800 Terminator model as an antagonist; however, the following chapters changed this character into a protagonist.

Arnold Schwarzenegger looks like a hero as the T-800 3D print. The Terminator 3D model designed by Jarek Kučera is outstanding and boasts so many details! While the original machine in the movie created by SkyNET weighed 320 kg (705 lbs), you do not have to worry about the weight of your 3D printed figurine. It will be way lower.

The T-800 3D print is designed to reach 25 cm (10 inches) in height. And the finished figurine looks stunning when made by Kevin Paterson:

T-1000 was first introduced in Terminator 2: Judgment Day. This character was the antagonist of several other chapters as well, including Genisys and Battle Across Time.

Thanks to another design by Jarek Kučera, you can now download a fantastic T-1000 Terminator 3D model for 3D printing on Gambody marketplace.

The figurine is not shapeshifting as in the movies, but it still looks stunning, reaching over 23 cm (9 inches) in height.

Among all Terminator models you will find in our selection, there is a damaged version of the T-1000 you can make on a 3D printer. It is a third design offered by Jarek Kučera on Gambody – Premium 3D printing marketplace.

It is fantastic to work on a fighting scene between the two 3D printed Terminator figurines, T-800 and T-1000. Here is a diorama built by Giuseppe Pasquarelli, and it looks outstanding.

This arm stands out among many 3D models for printing because the project’s author made it an actual working Terminator model.

After each part is 3D printed and the arm is assembled, the fingers can mechanically operate to close. It happens when the springs in the pistons are pulled with wires. When tension is released, the fingers straighten back.

It is best to see this mechanical arm of a 3D printed Terminator in action:

When you search for the best Terminator STL files for 3D printing, don’t pass the iconic T-800 Endoskeleton project. In the film, this metal cyborg assassin was immune to nearly all types of attacks. And while it loses its immunity when turned into a 3D printed figure, it will still look stunning in your collection.

Download the Endoskeleton Terminator 3D model and print this fantastic piece of art inspired by the Judgment Day chapter. You can even recreate the head only! This piece will still look fantastic.

Also, there is a fantastic T-800 Terminator bust model you can turn into a 3D printed figurine to display on a bookshelf or table.

It will be an impressive addition to a collection of top 3D printed Terminator figurines from the famous movie franchise.

In the movie, you can see Arnold Schwarzenegger resembling both a human and a robot. Thus, the idea to combine both identities into one 3D printed Terminator figurine is fantastic.

Inspired by the film, designer MASTERCLIP came up with a nice Arnold Schwarzenegger as Terminator 3D printing model. It is a combination of human and robot characters.

Part of the Terminator’s face reveals the metallic structures, which looks outstanding as a craft.

A regular skull or Endoskull are both fantastic 3D printed figurines. However, you can create even a better Arnold Terminator head using STL files for 3D printing and creativity.

Noah Williamson managed to build a skull with movable eyes and jaw.

It took Williamson less than a week to complete this 3D printed T-800 Terminator project.

Some of the 3D printed Terminator accessories are outstanding. For example, you can cover your USB with a movie-related chip.

Such a project can be a perfect gift for someone who loves the movie for Christmas or birthday.

Self-assembly of this 3D printed Terminator chip USB cover should not be too complicated.

When you look at all Terminator models available at Gambody, you will notice iconic characters and the famous motorbike from the 1991 movie. The stunning Harley-Davidson Fat Boy motorcycle will complete your film scene. You can use it alone for fun display behind the glass cabinet or place it near your computer.

Your 3D printed Harley-Davidson bike could look just as fantastic as this Terminator model finished by Gambody team.

Seeing Arnold riding a bike is stunning. Crafting such a figurine is always impressive.

Also, you can download the free Terminator STL files that are originally not cut into parts because the design was made for an SLA 3D printer. However, an idea of a four-part project looks great judging by renders, so making such a thing could be thrilling.

A collection of 3D printed Terminator figurines and models related to the cyborg assassin story will not be complete without the Remington 870 gun.

The shotgun appeared in the third Rise of the Machines movie chapter.

The T3 gun Terminator 3D model can be used for display on the shelf or as a part of your Halloween costume.

Choose any Terminator 3D model from our list and turn it into fantastic 3D printed figurines. Such a project will bring joy to a true collector with a 3D printer at home who loves to craft different things. Make sure to join Gambody – 3D Printing Gaming Community on Facebook to share your most impressive T-800 and T-1000 projects with other hobbyists. 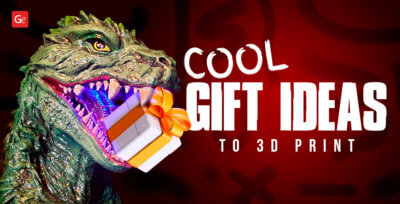 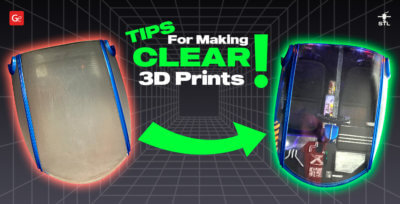 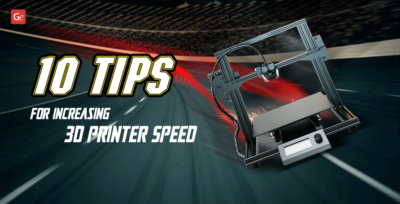 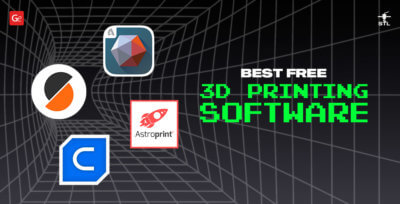