Transformers 5: the Last Knight movie was, honestly, a failure. Though, the franchise still has millions of fans worldwide. To make it less bittersweet, we put up a list of 11 Transformers 3D printing figurines.

So let’s start with this Transformers-inspired 3d printed action figure. This one you won’t see it in the movie or comic book. However, it is a transformer-like item you will definitely enjoy to own. 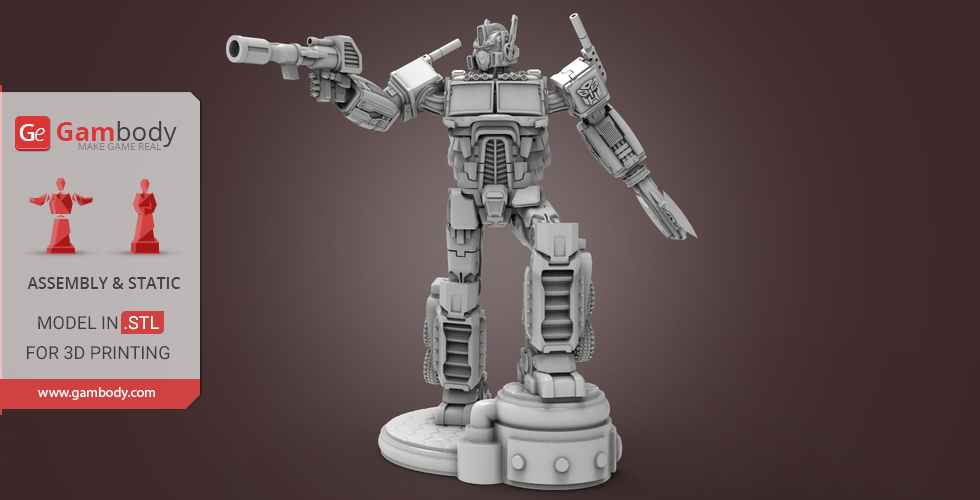 Optimus Prime is an Autobot leader. The war between him and Megatron resulted in the destruction of their home planet Cybertron, and after that, they both ended up on the Earth. Optimus Prime is brave, honest and strong and defeated his competitor a lot of times.

As the leading Transformers, Optimus Prime is a much sought after figurine that many would like to have in the 3D printing form.

Look no further, you can buy the STL files for 3D print action figure Optimus Prime here and print them on your own or refer to a 3D printing service. 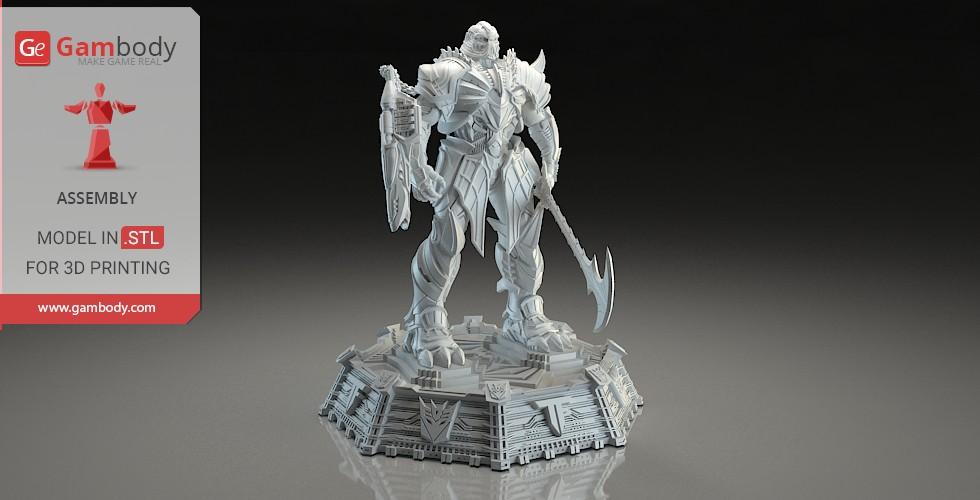 The permanent competitor of Optimus Prime, Megatron represents the bad guys in the movie. Actually, he is their leader. Megatron is obsessed with the goal of killing Optimus and is ready to do whatever it takes to achieve his goal.

Sqweeks is a small damaged Autobot who was hiding in the ruins of Chicago after the city’s destruction.  There were many hopes that he could become a star of the latest Transformers’ movie, but his screen time was unfortunately cut off.

Though, you can still 3D print one. Buy STL files at Gambody. 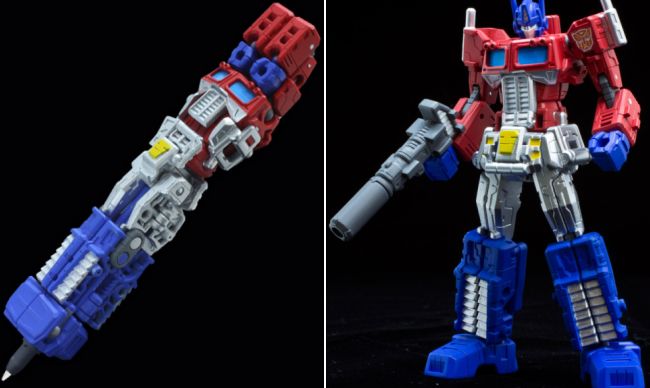 Look what a funny thing we’ve found! Optimus Prime 3D printed figurine… which transforms into a pen. And this pen can write. Your children are going to enjoy it. 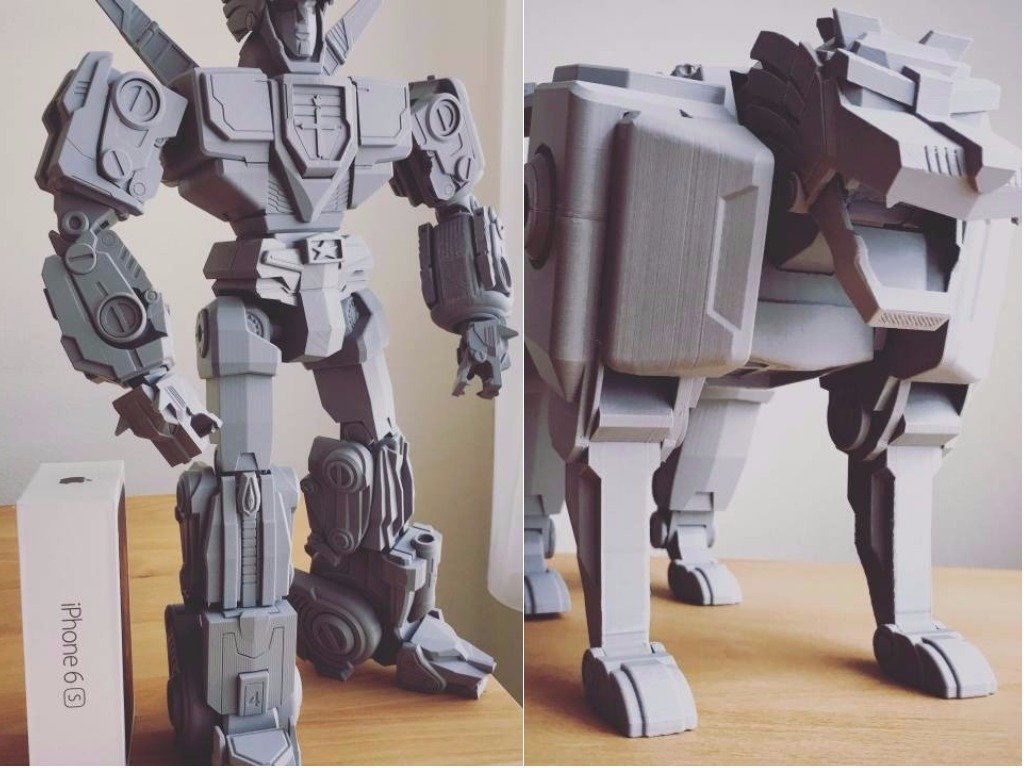 Here is another character that looks like a transformer but has no connection with the movie. He is a hero of the animated series that tells about a humanoid who protects the universe. If you like Transformers, we think you gonna like this one as well.

You can also 3D print Voltron miniature, click here to get the files. 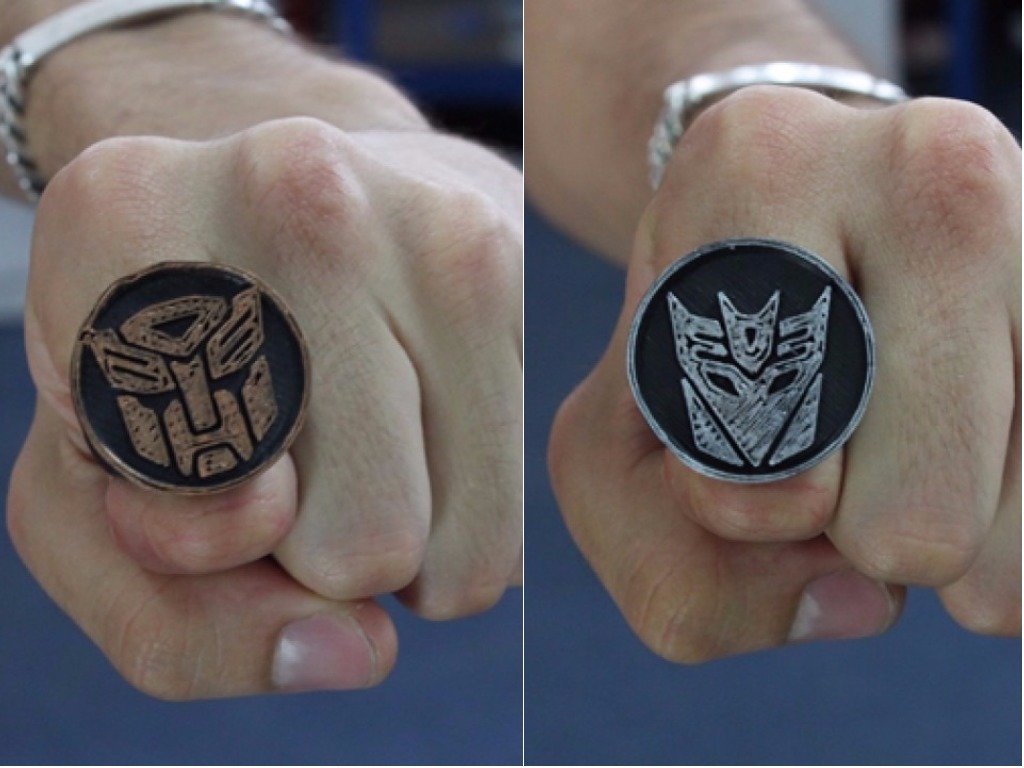 Decepticons or Autobots? Now you don’t have to choose a side! You can 3D print the rings with the emblems of both clans. 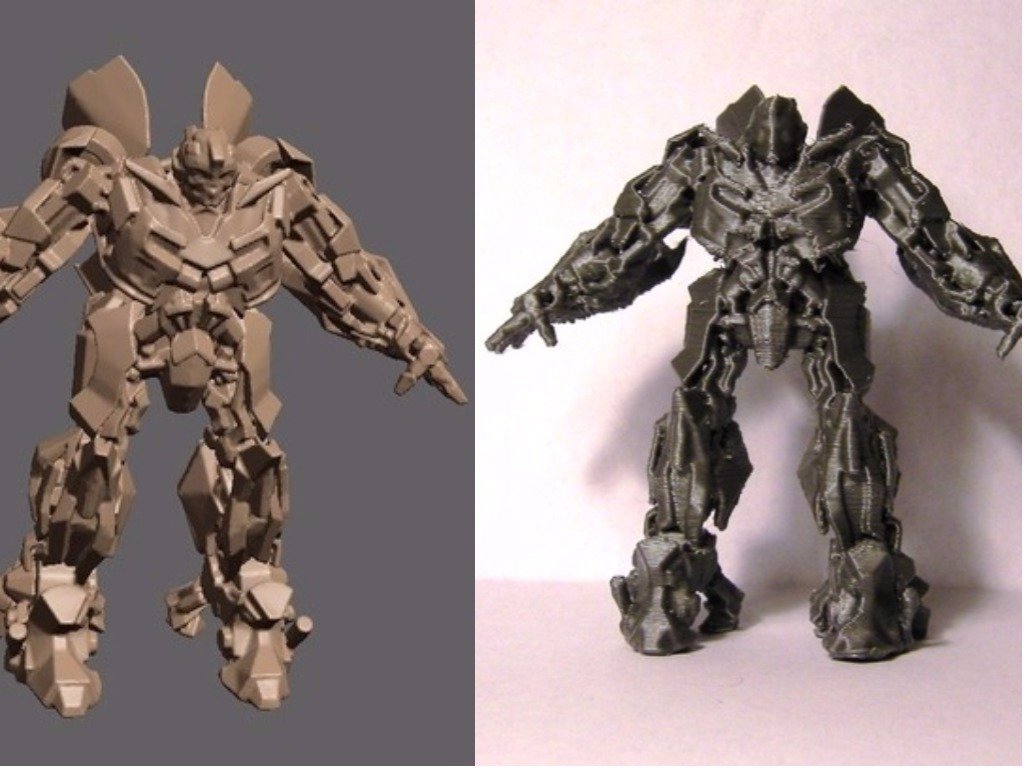 Bumblebee is an Autobot who gained his name thanks to his colors – he turns into black and yellow Chevrolet car. Would you consider 3D printing one in his humanoid version? If yes, then click here. 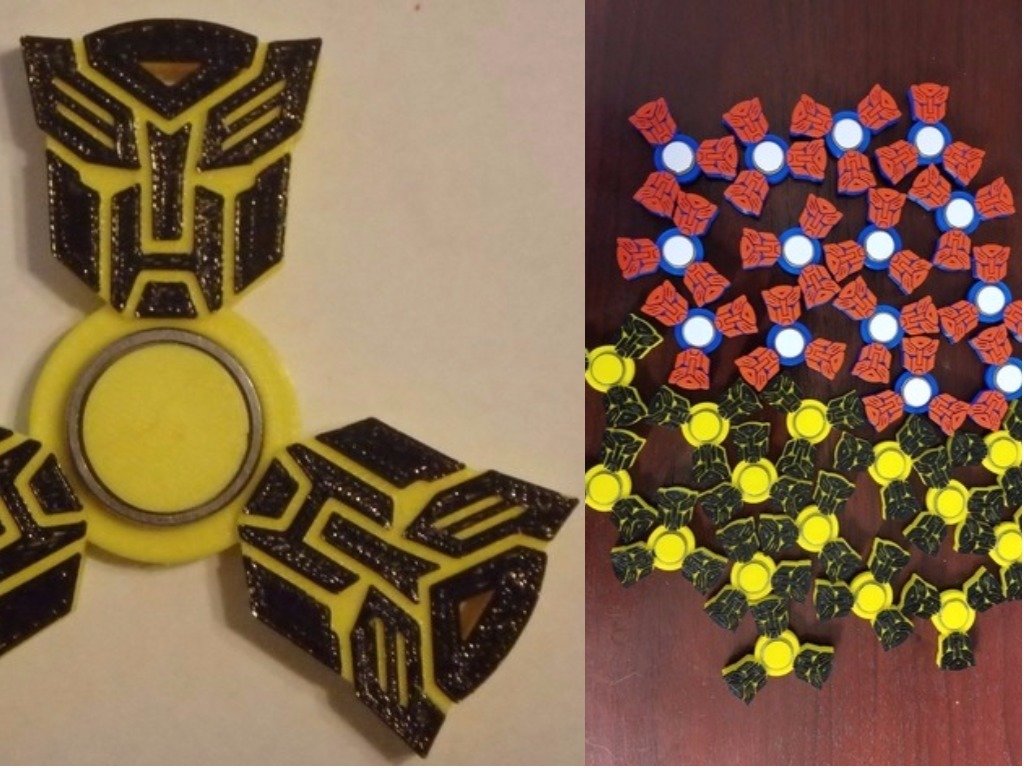 Do you remember our article about fidget spinners? We’ve found one more interesting item. And it is related to Transformers, for real fans of the franchise. 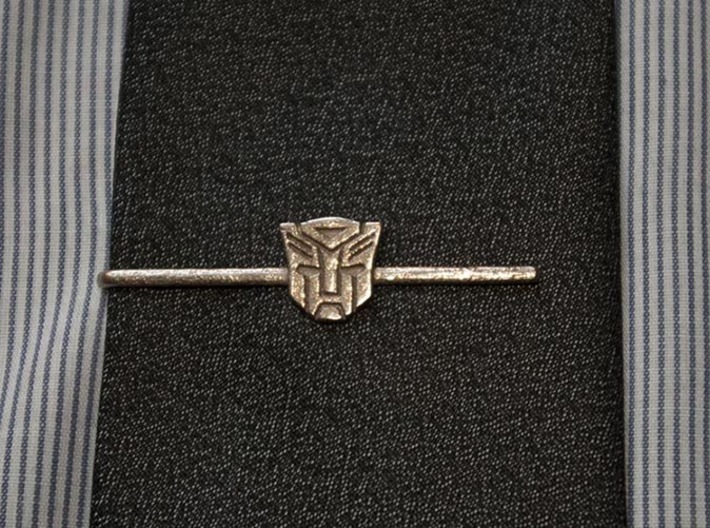 You are a serious businessman, work in the office, but still keep your playful self deep inside? Buy a 3D printed Transformers tie clip at Shapeways and feel the power of Autobots. 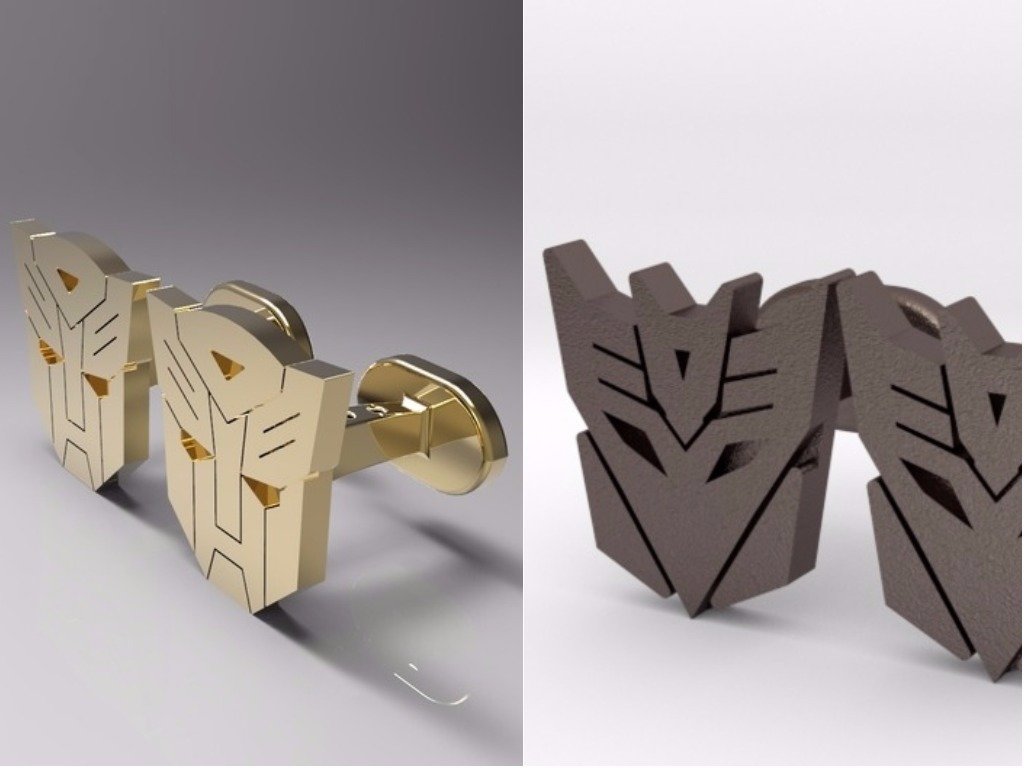 In addition to the previous item, you can purchase Decepticons or Autobots cufflinks. They are going to be very stylish and strong if printed in stainless steel.

Now you can see that there’s a lot of stuff a movie can inspire an artist to create. Great items for every-day use and cool collection items are just some of them. If you’re curious to see what 3D printing is up to in the future, stay tuned!