World of Warcraft is one of the most popular fantasy video games of all times. It tells the players a story about a made-up universe, where humans are not the only creatures who are conscious. Where there is magic. If you play th game, you’ll like these 15 Warcraft miniatures for 3D printing we found for you. 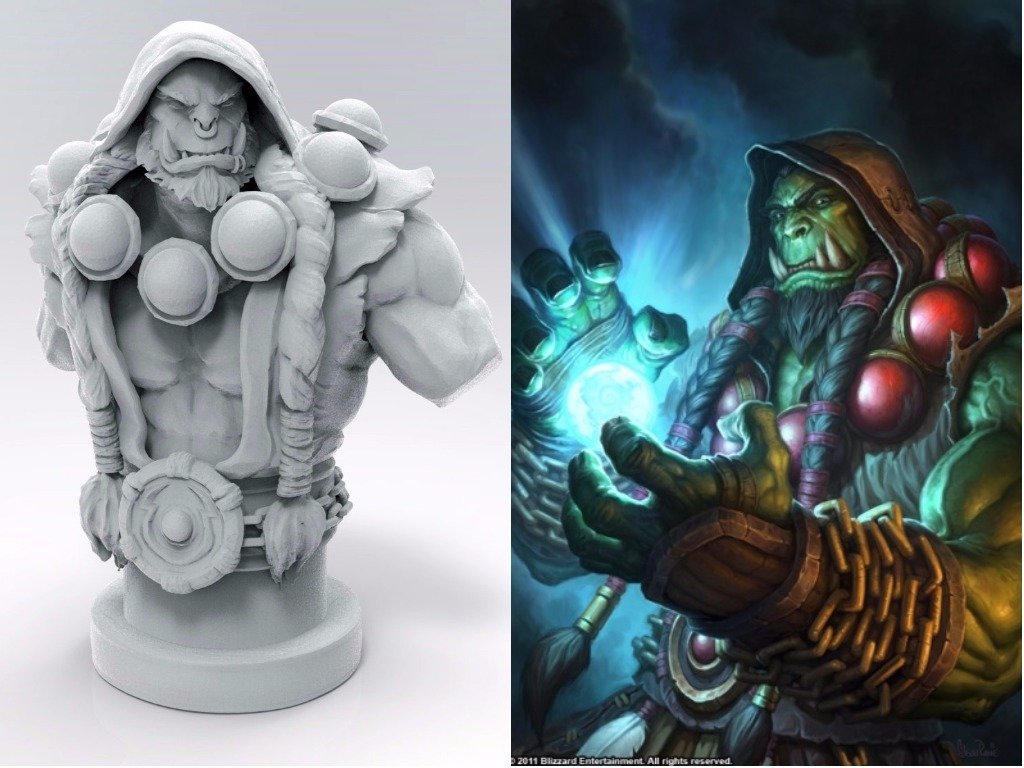 Thrall is one of the most famous WoW characters. Warchief of the Horde, he is much like other orcs. But, he is different at the same time. First, he threats foreigners with respect. He also shows great hospitality to his friends. He is noble, just like his father, Durotan, was.

And you can 3D print a figurine! Visit Thingiverse and download STL files. 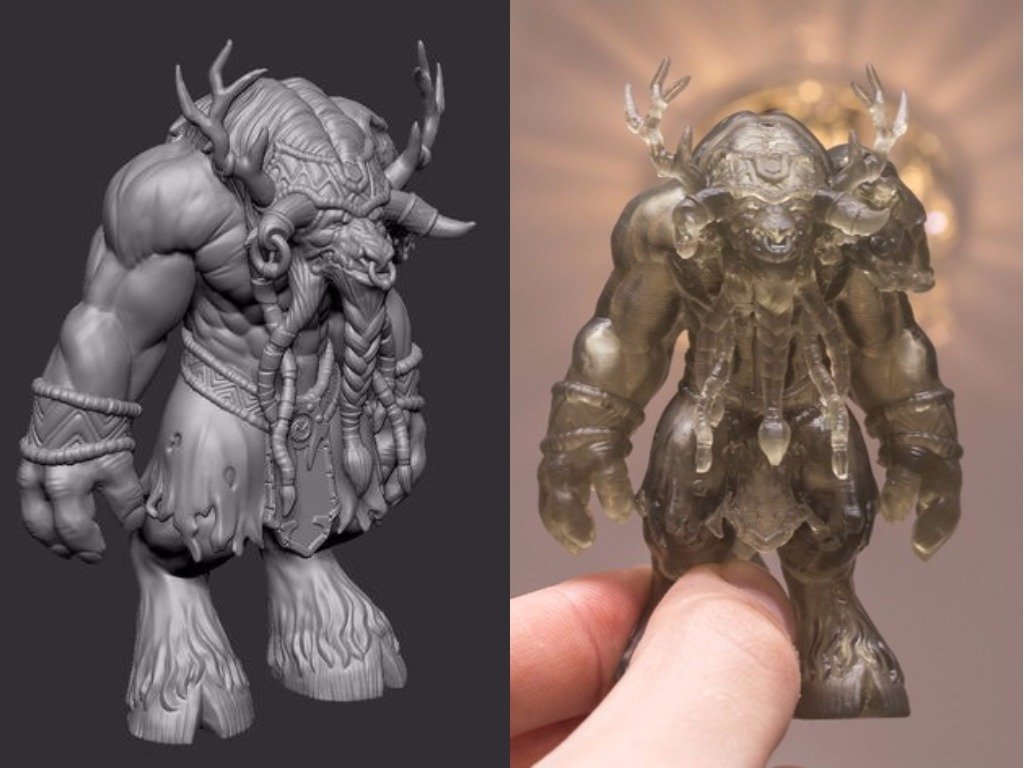 Taurens are a peaceful humanoid race. They are members of the New Horde and are friendly to orcs. This 3D printing miniature is based on fan-art, not a particular character. But you already know that the 3D printing real has no boundaries. Boost your creativity by 3D printing this highly detailed miniature. 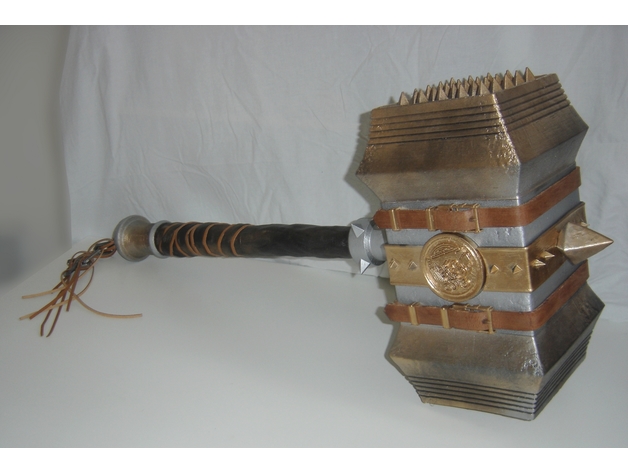 In the World of Warcraft, hammers are a really popular type of weapon. We think, there is no need in explaining why. You can 3D print one for yourself! We like this one because it is detailed and looks cool. 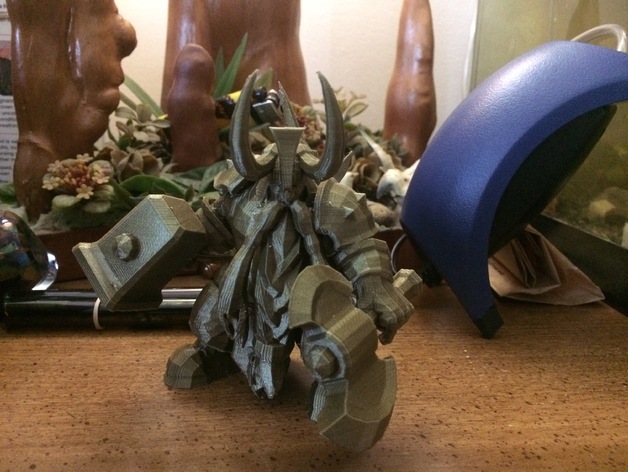 Muradin Bronzebeard is one of the chieftains’ of Dwarfs clan. They might not be tall, but they are still really good warriors. Muradin is not the exception. Though he was supposed to be dead or missing after years of wandering, he came back. Make sure you don’t lose his sight and 3D print the miniature of a brave dwarf. Find STL files here. 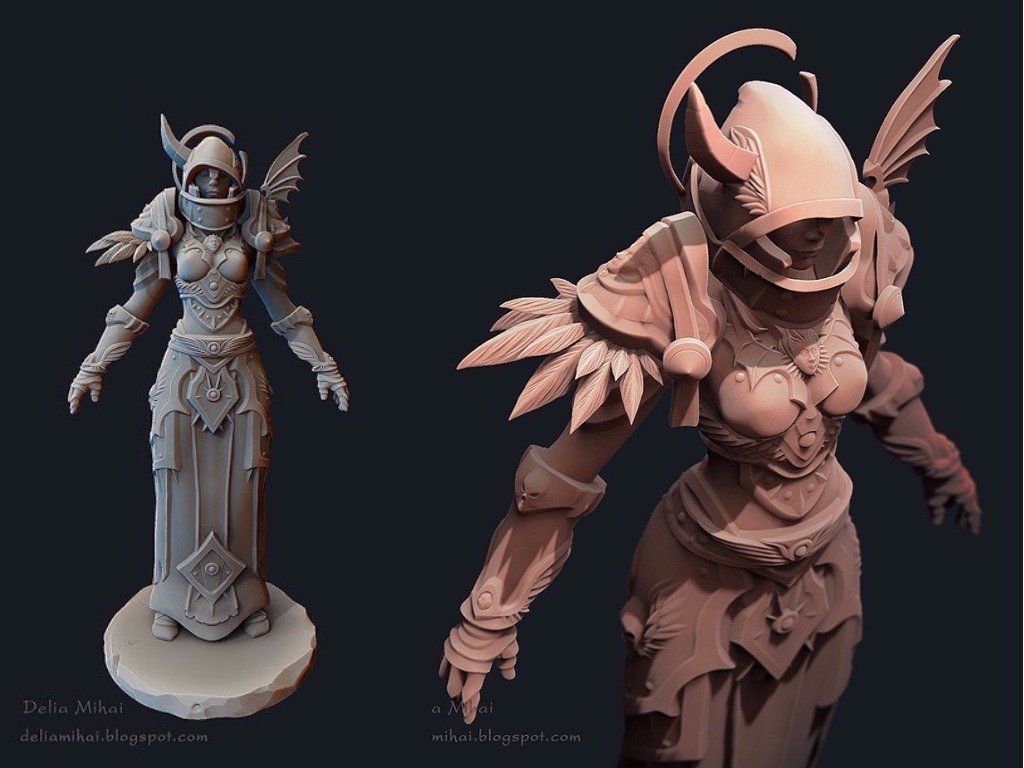 Paladins in World of Warcraft video game are guardians that protect justice. The representative of any race can become a paladin, but the most part of them are humans and dwarfs. They are great warriors who can fight with a weapon in both hands. This female human paladin will complement your World of Warcraft miniatures collection. Click here to see more. 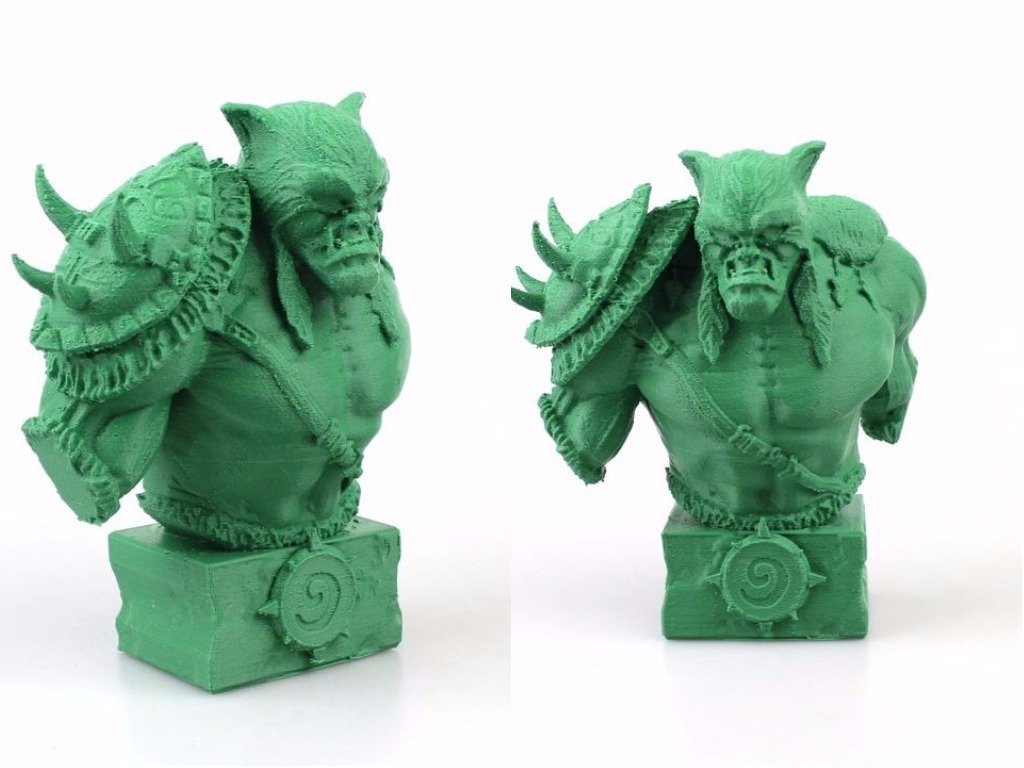 Rexxar is one of the most well-known heroes of Horde. He is half-ogre and half-orc, so he was never welcome by both full-blooded clans. But once he met Thrall, it changed his life. Keen warrior and hunter, he defended lots of Horde’s competitors. To 3D print one, download STL files here. 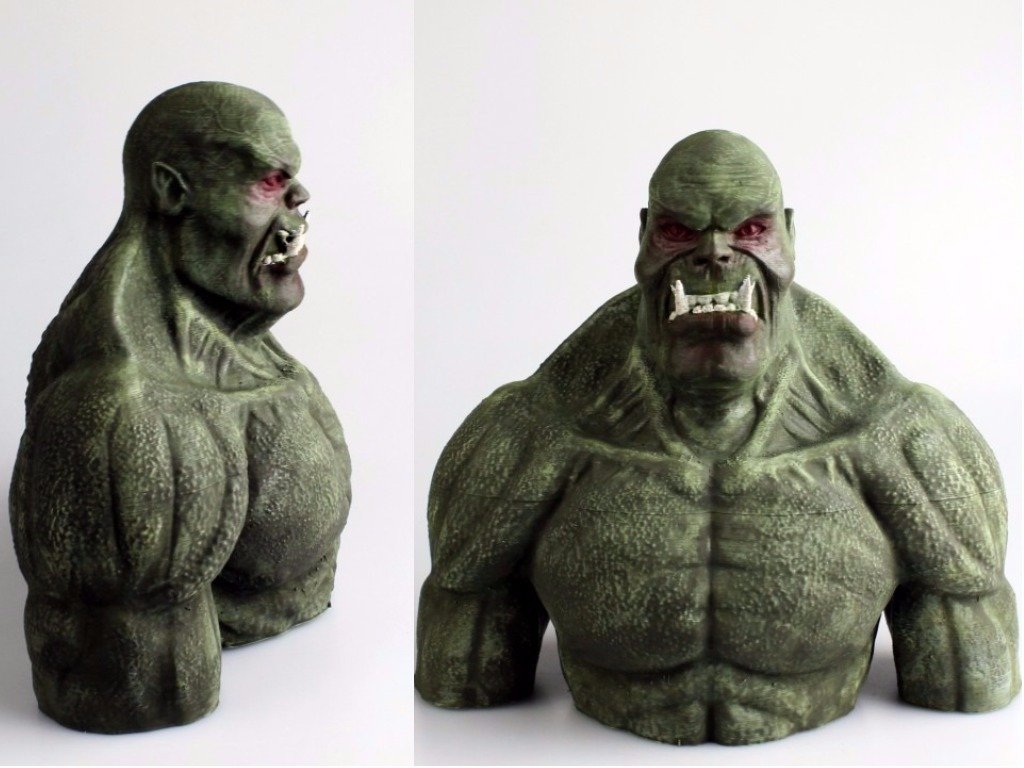 Orcs are one of the Azeroth’s races and actually the most prolific one. They have green skin and a scary look. Once all orcs’ clans united and created the Horde – one of the most powerful alliances. This particular bust of the video game character will make a great addition to your collection of the World of Warcraft miniatures. We found a highly-detailed model-representative of this race, click here to download 3D printing files. 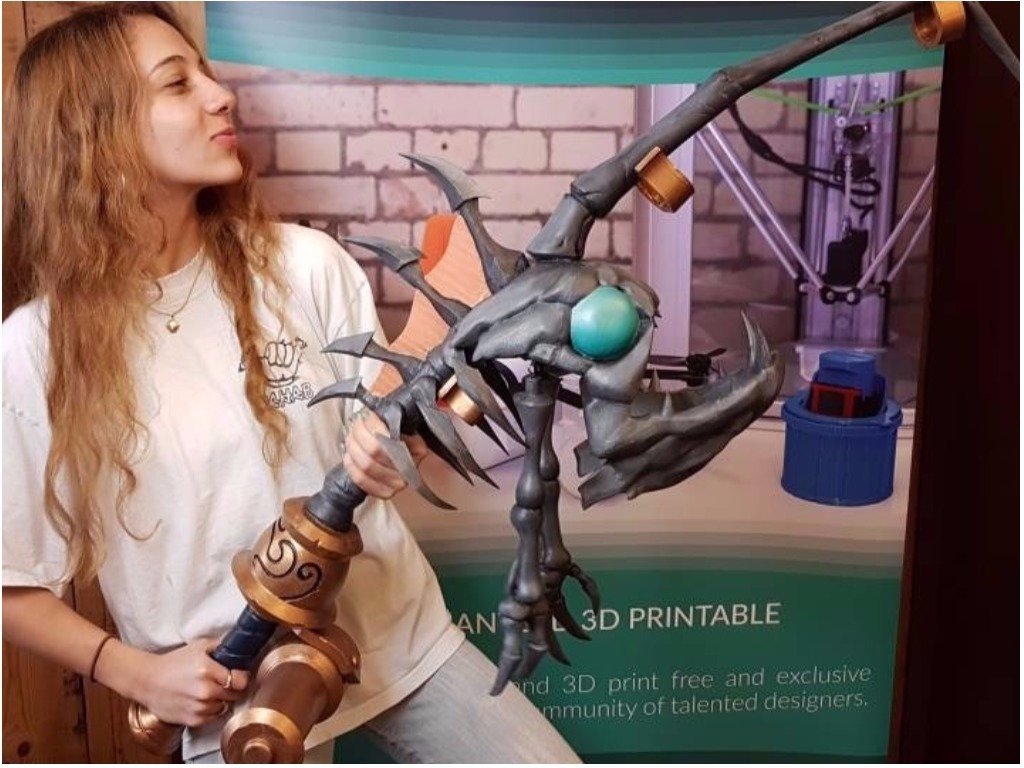 This artifact elevated fishing in World of Warcraft to a new level. Great prop for cosplay.  Find STL files here.

9. World of Warcraft Miniature of Durotan 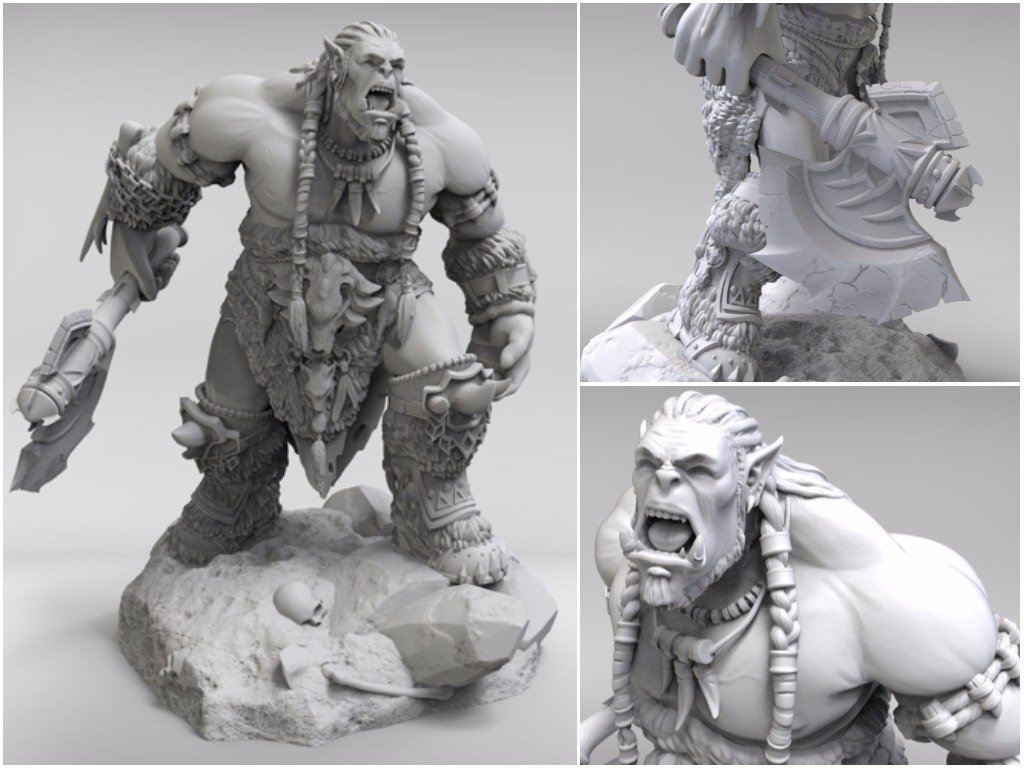 Chieftain of Frostwolf orcs’ clan, the character from whom the story it the game started. Fierce warrior on one hand and wise ruler on the other, he made a decision to join the Horde in order to save his clan but didn’t manage to save himself. Wanna 3D print one? Visit Gambody. 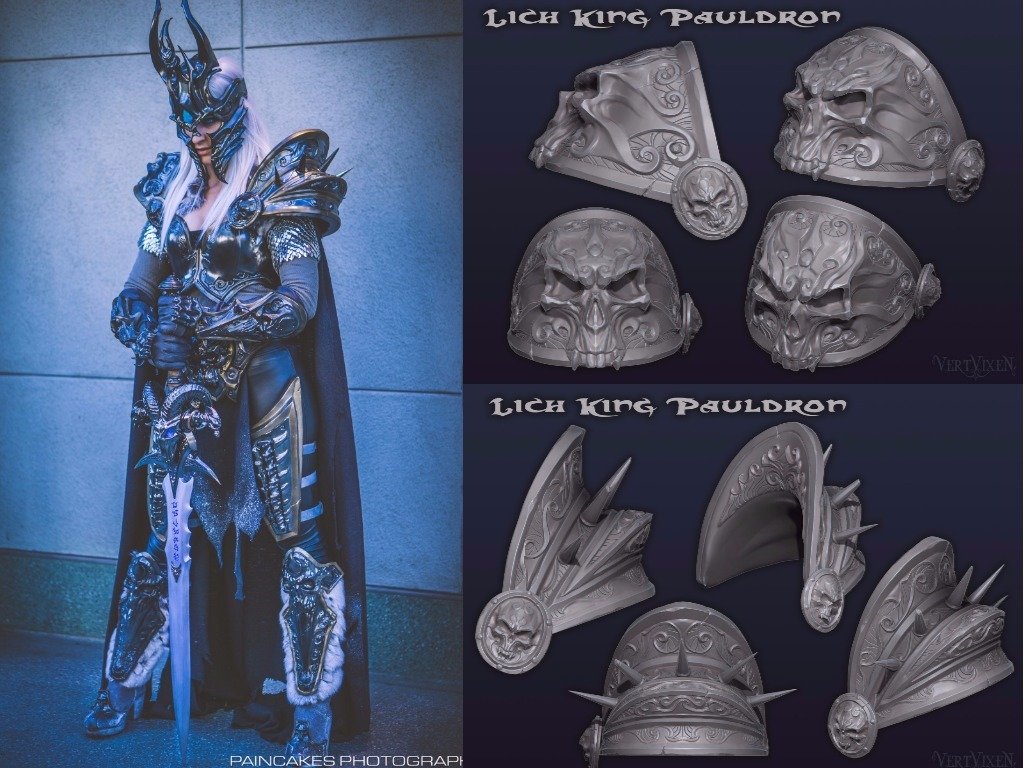 Here is an awesome suit of Lich King for cosplay. It looks truly realistic and amazing. Feel the frost and power that come from it. Can you believe it is fully 3D printed? See more pictures here. 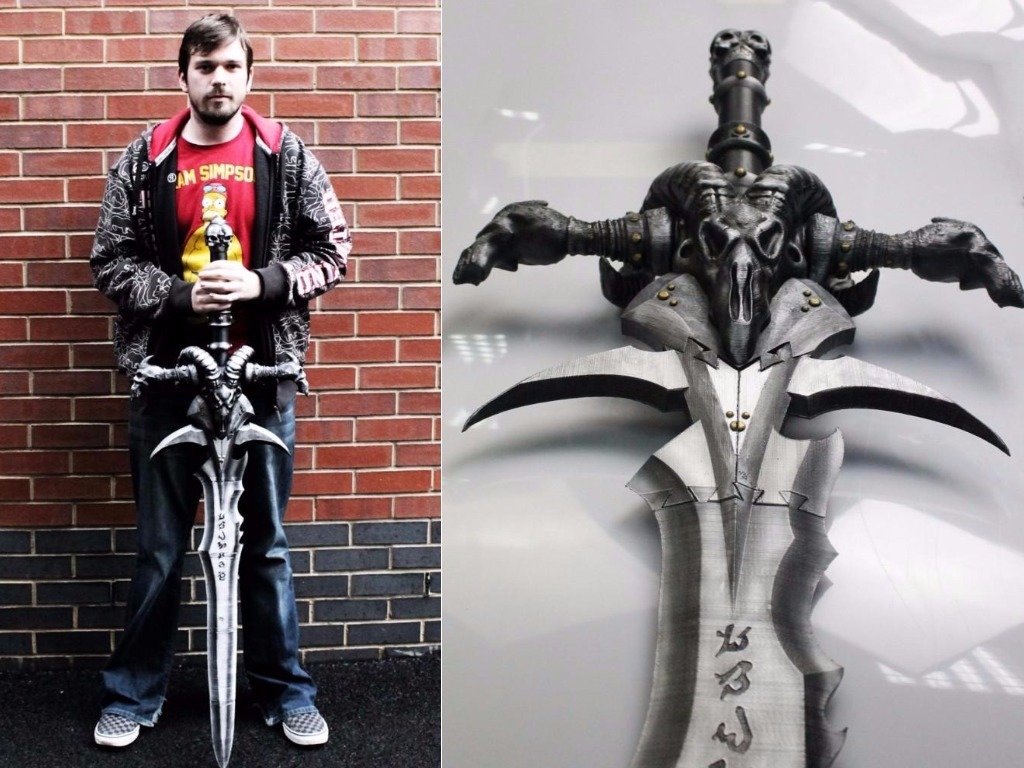 Frostmourne is the most famous runeblade of World of Warcraft. It belonged to Lich King and was capable to control his power. We’ve found this wonderful 3D printed one. It looks unbelievably realistic. By the way, it will be a perfect fit for the suit we’ve shared info about above. Read about the model and its maker here. 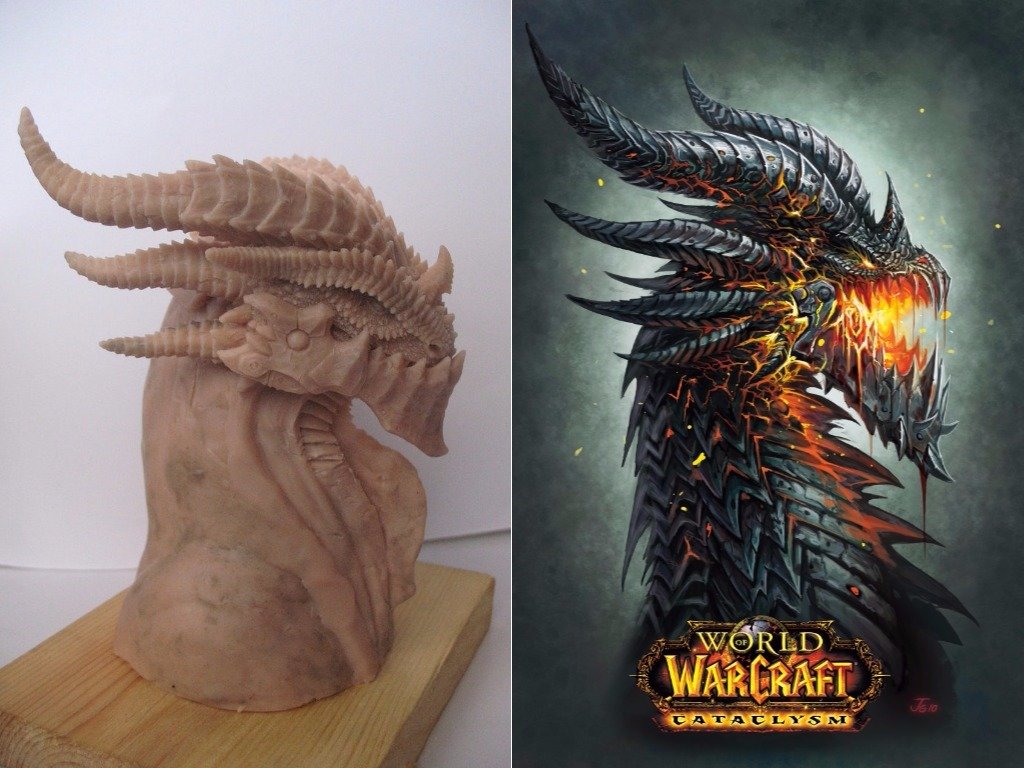 Powerful, deadly, terrifying – here are just some words Deathwing the Destroyer can be described with. Now you can 3D print a highly detailed one. Click here to see more.

The 3D printing World of Warcraft miniature of Lich King himself. The powerful telepath who rules over the Scourge from the frozen throne, he once obtained the body of Arthas – human warrior. That allowed him to get complete control over the army of undead. He terrified the Azeroth before Arthas was physically killed. Click here to see how you can come to possess one. 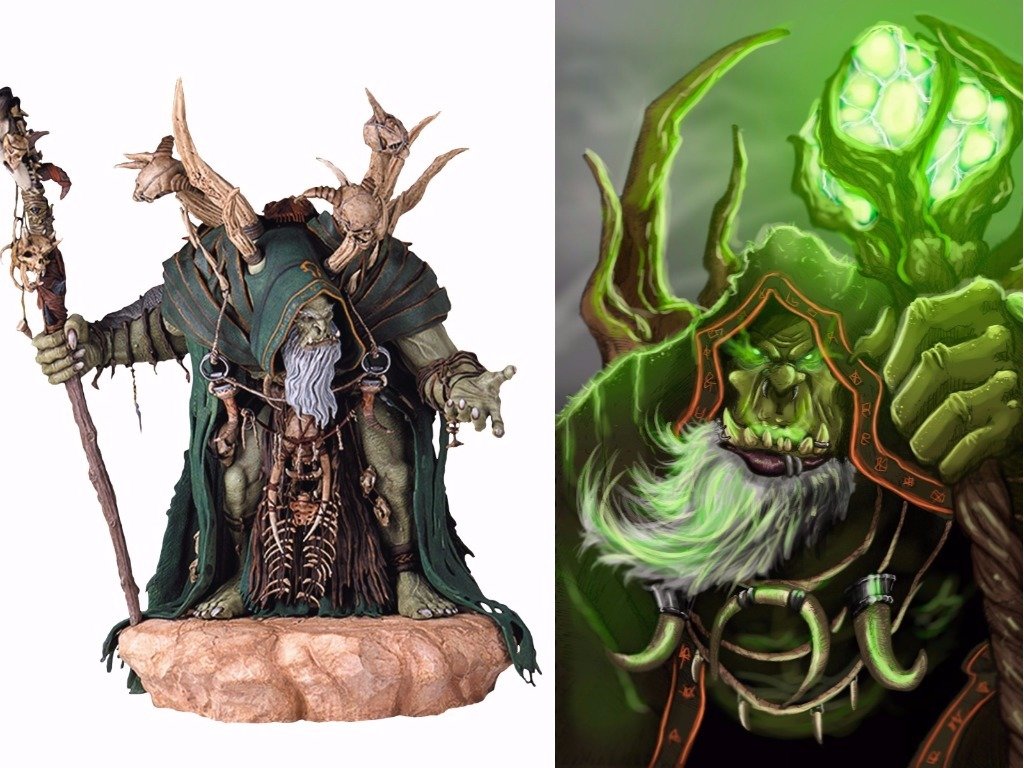 Gul’dan is the founder of the Horde. He is also one of the first orcish warlocks, who is experienced at dark magic. Though he was defeated one day, and his skull became a channeling totem for demonic energy. We found a 3D printed miniature of a living one, click here to look at it! 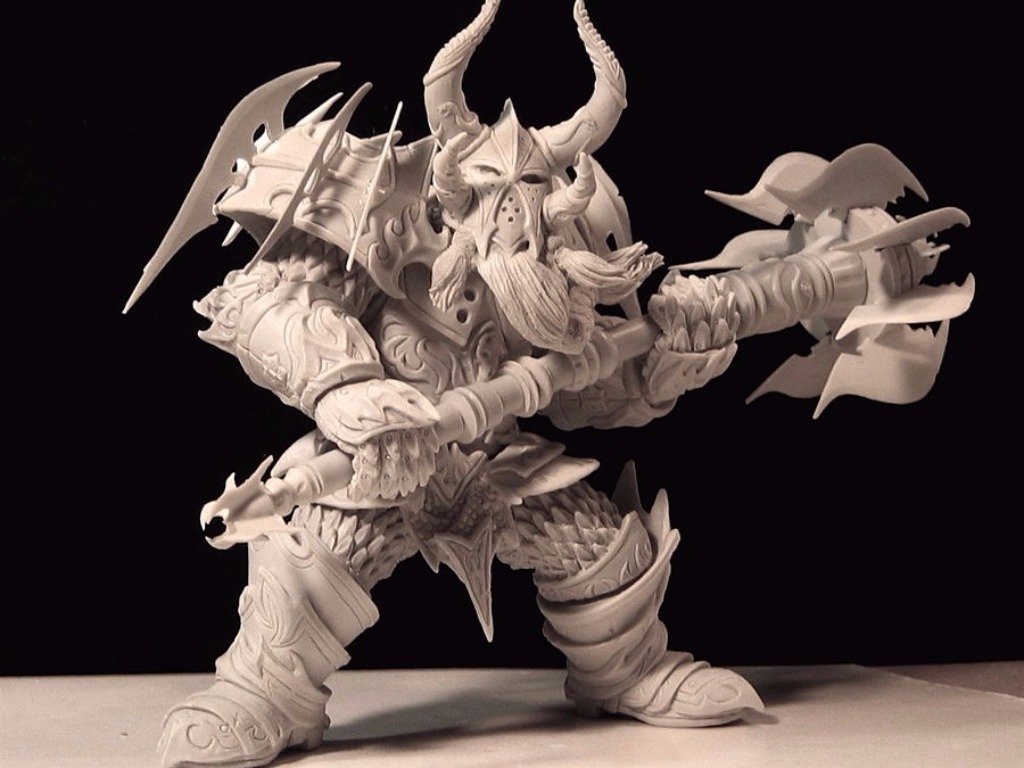 Dwarves are one of the main races in World of Warcraft. They are small, but brave and keen warriors. We’ve found an awesome design of the one dressed in his armor. He is definitely ready to go to the fight. Click here for more!

This is it for now. We hope these 15 World of Warcraft miniatures for 3D printing intrigued you enough to turn on your 3D printer. Check our blog next week for cool stuff from the 3D printing and video games communities.