In the recent decade, we have witnessed a boom in superhero miniatures, and Hulk 3D printing figurine is not an exception. Be it a stand-alone movie for a single or an adventure movie featuring a group of well-known heroes, superheroes have entered our lives and it seems that they feel comfortable in it.

Hulk is the green muscular humanoid possessing incredible physical strength. When he is not Hulk, he is the physicist Dr Bruce Banner, a socially withdrawn and weak person. An accidental exposure to gamma rays transformed Dr Banner into the Hulk whenever he was subjected to emotional stress.

Since its creation and first appearance in the comic book The Incredible Hulk in 1962, the Hulk was also impersonated by Eric Bana, Edward Norton and Mark Ruffalo actors. Ruffalo’s character role in the motion pictures of Marvel Universe has brought the superhero to a new level of popularity.

Of course, you can now see the Hulk in the real world as well thanks to 3D printing. And since the 3D printing statues of superheroes are easy to recreate, we decided to compile a list with the most outstanding Hulk miniatures we found on the internet. 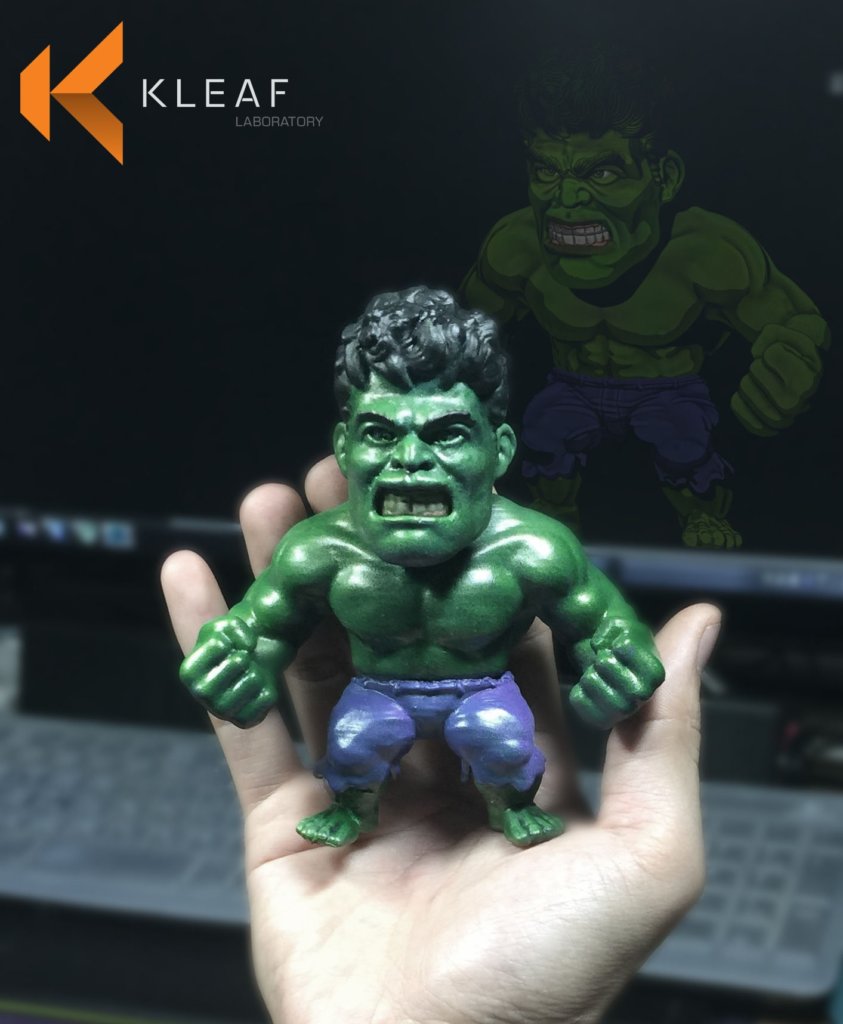 Even the toughest of superheroes can be cute. When you get tired of the classic Hulk figure, shift to chibi Hulk 3D printing miniature.

Although small, the 3D artist of the 3D printing figurine of Hulk split it into 7 separate parts to ensure an accurate printing result.

Why would you 3D print this chibi Hulk figure? Why wouldn’t you?! It is different from the thousands of Hulk statues, it requires less printing material, which means you have less struggle with the printing and post-printing work.

Where to find the files? Buy them here. 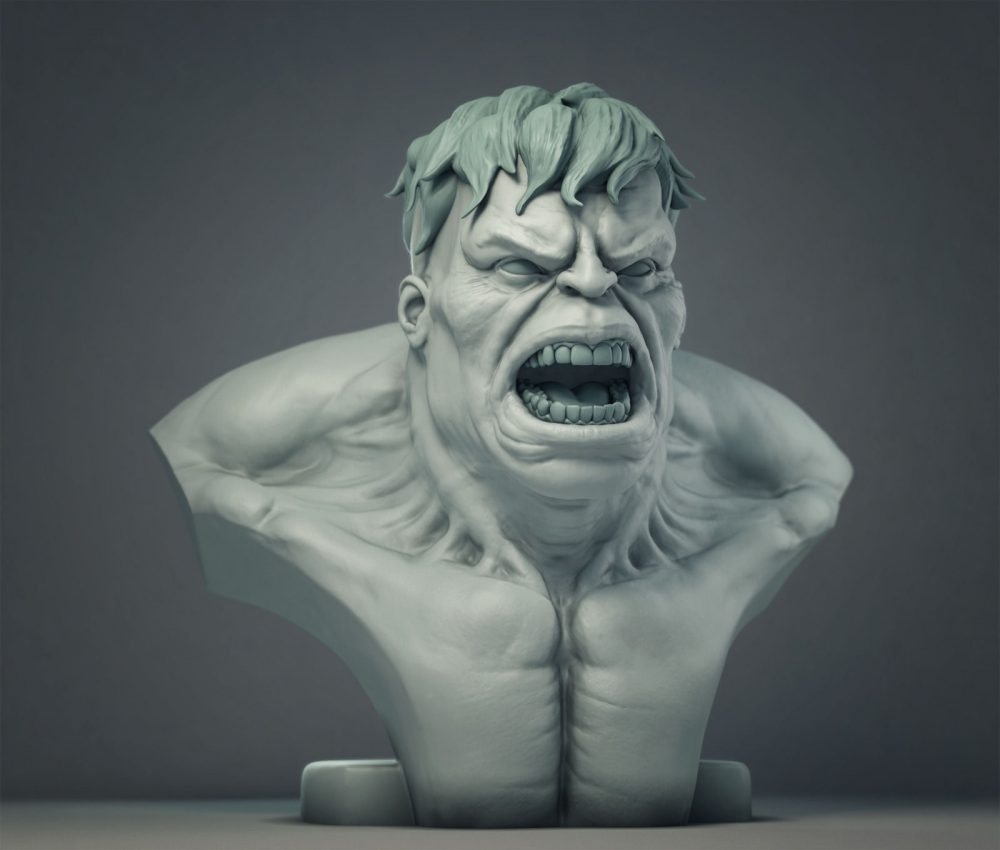 If you want to see the rage the Hulk can express when someone is getting on his nerves, the bust will show it very accurately.

The bust depicts the superhero in a time of uncontrollable anger and recreates the emotional violence he feels. Being Hulk is not easy for Bruce Banner but it is necessary sometimes. Take for example the various occasions when the Avengers team needed Hulk’s presence and Bruce could not turn into the powerful green hero to give them a helping “smash”.

Where to find the files? Buy them here. 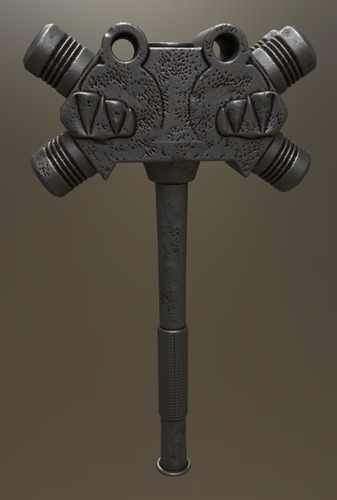 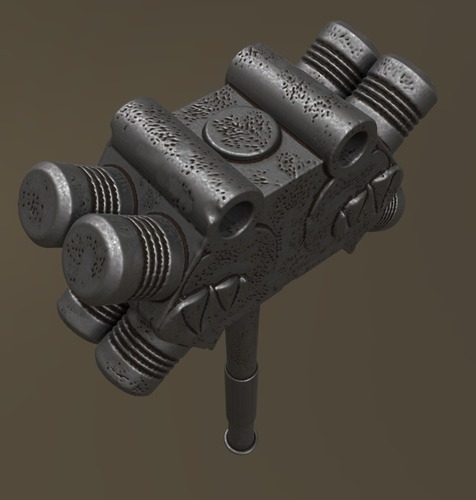 Usually, Hulks doesn’t need weapons to face off his enemies. He can take anyone down bare-handedly. It’s not difficult for him, considering the strength, anger and rage build in him when he turns into the green-skinned humanoid.

Nevertheless, we saw Hulk in Thor: Ragnarok using both a hammer and an axe in his facing off Thor. Considering that Thor was having the Mjolnir on him, the Hulk maybe needed a backup, just in case.

Use it for cosplay!

Where to find the files? Check them here. 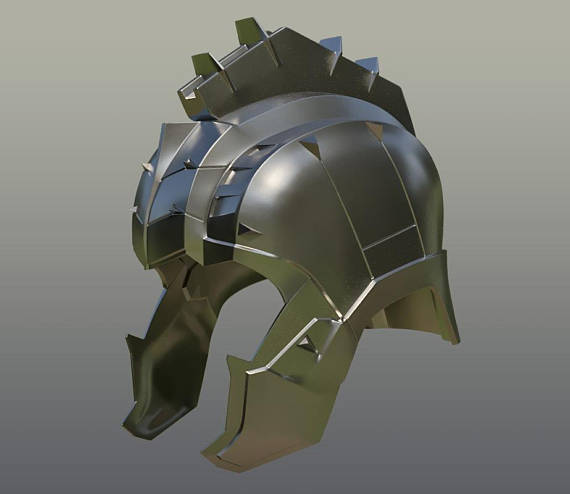 And since we are focused on Hulk cosplay items, you should not miss the impressive helmet. Actually, we should have started from the top but we left the helmet for dessert.

According to the description of this model, the 3D printing helmet is made for a 6-inch tall person but you can re-scale it to fit your own stature.

Halloween is around the corner and you already have your Hulk costume raw materials. All it remains is to 3D print the pieces and paint them.

Where to find the files? Try here. 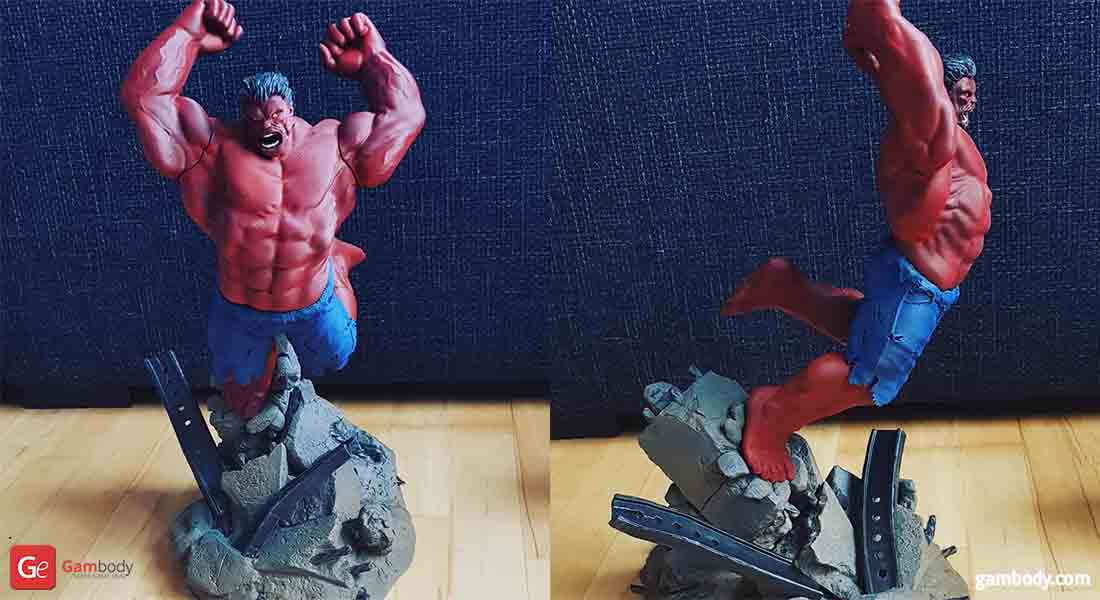 It’s strange to talk about a Red Hulk when we all are used to see this guy green with anger. Well, it is actually a totally different character in the Hulk Universe.

Red Hulk or Thunderbolt Ross was Hulk’s archenemy. It is likely that the creators of the Hulk thought that there was no one who could measure his powers with the Hulk and decided to create a villain equally powerful and strong who could challenge the Hulk.

Where to find the files? Gambody (click here) has all versions of the Hulk there are. If you need a blue Hulk, we will make sure you get one ☺ 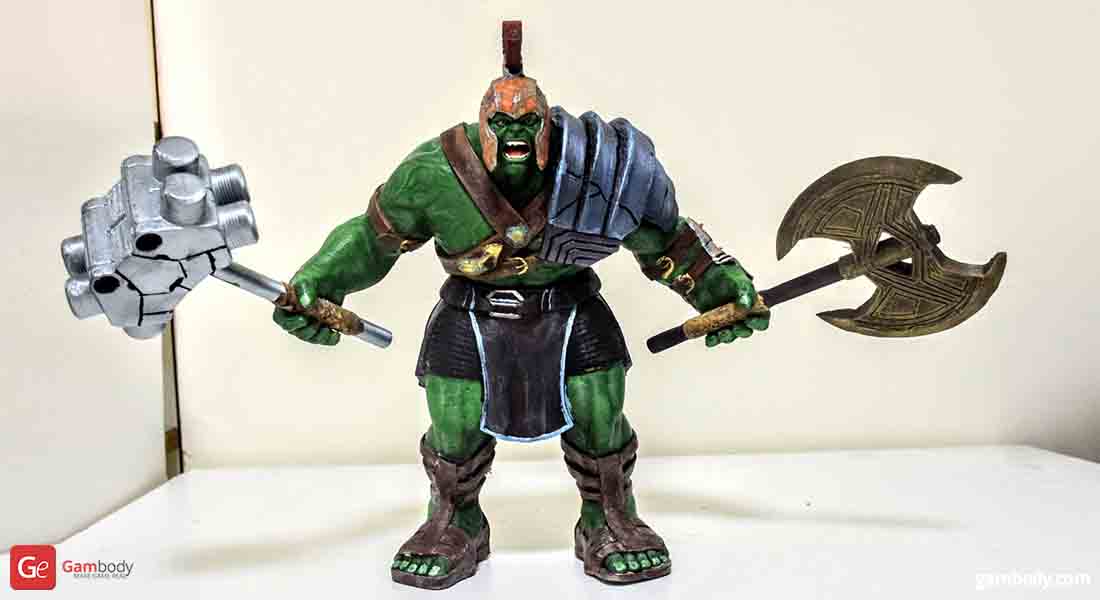 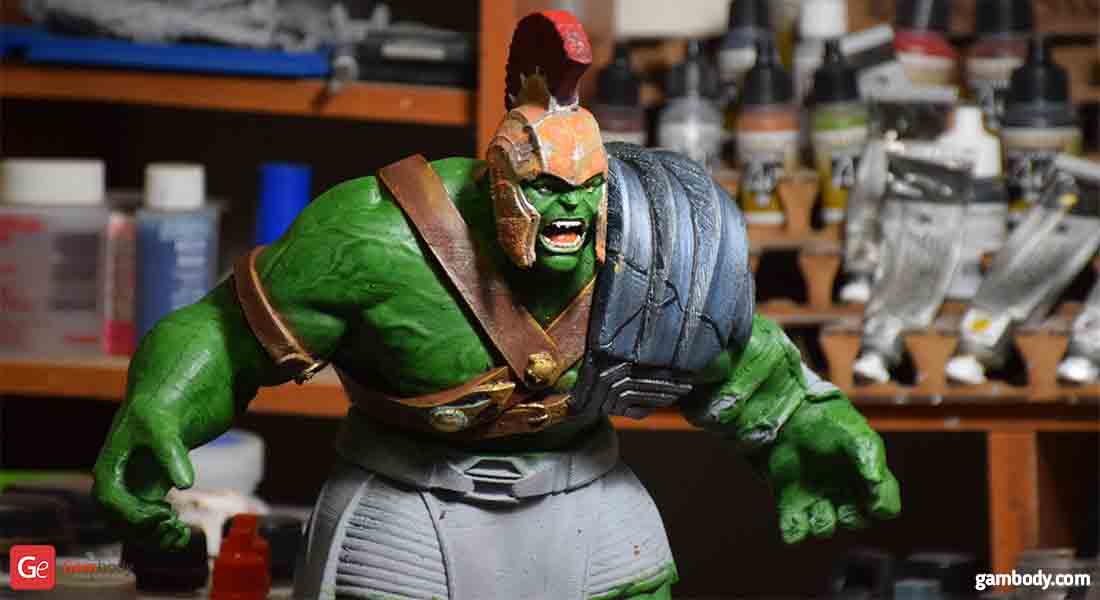 Remember the epic fight scene between Thor and the Hulk in Thor: Ragnarok movie? Of course, you do!

In order to make it live longer in our memories, Rodman decided to recreate the Hulk in his armoured suit, as depicted in the movie. Holding an axe and a hammer, the Hulk is ready to attack at any moment.

There is no need for a support base to keep the balance of the Hulk figurine as it will stand 30 cm tall and on its own feet.

Where to get the files? Gambody has two versions of the Hulk statue: one split into 16 parts and one available in a single file. Choose the version depending on the type of your 3D printer. 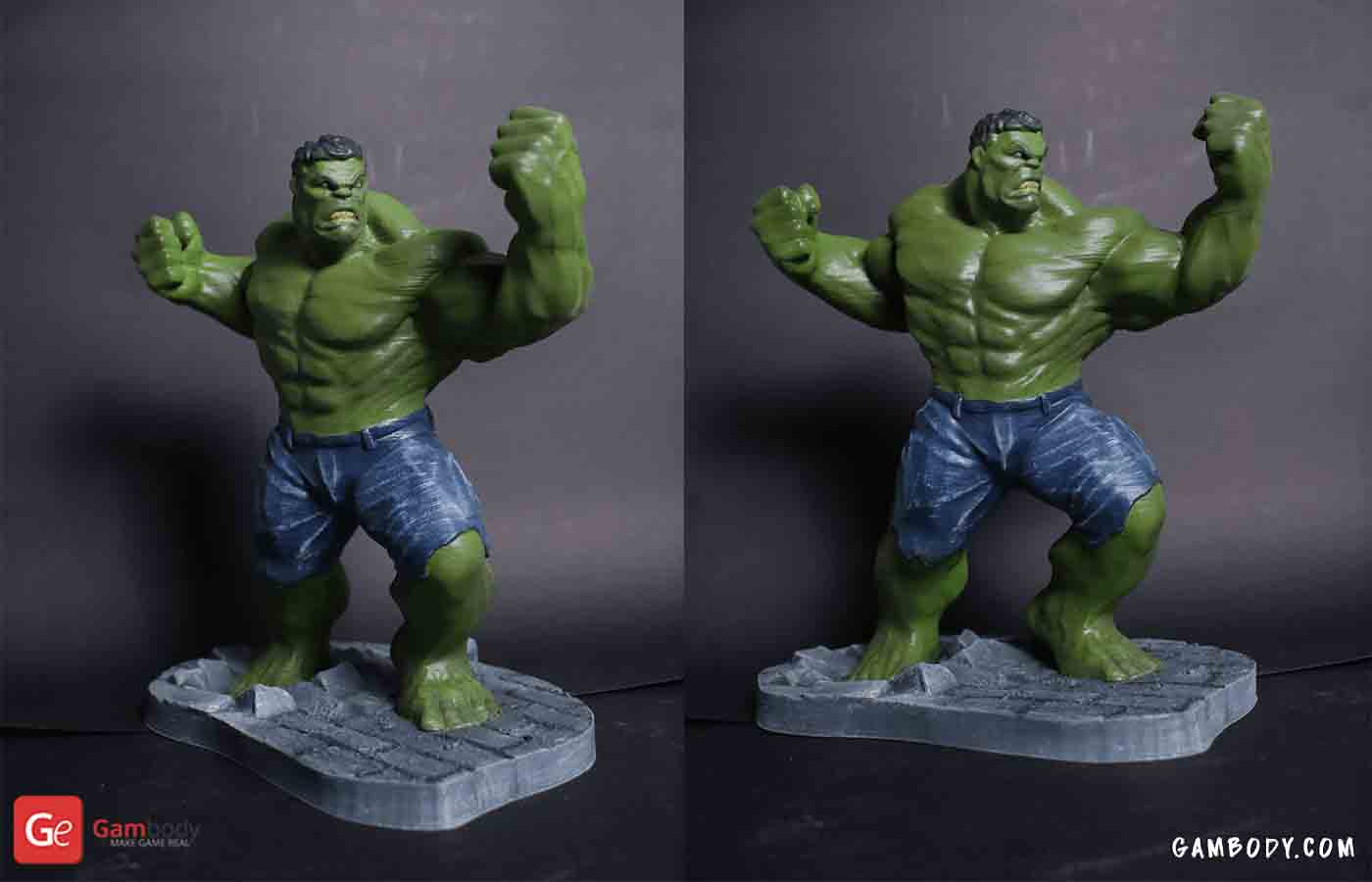 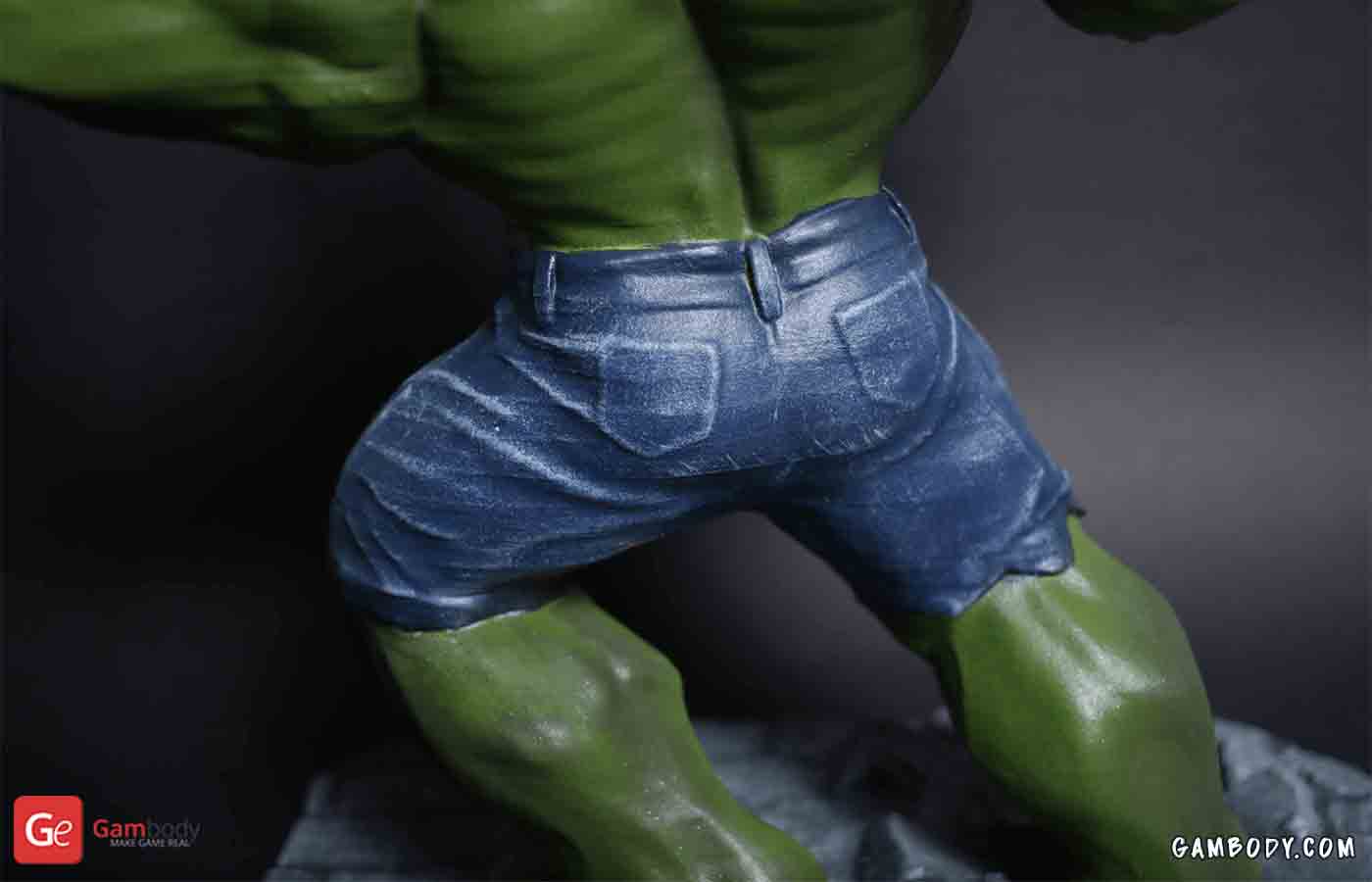 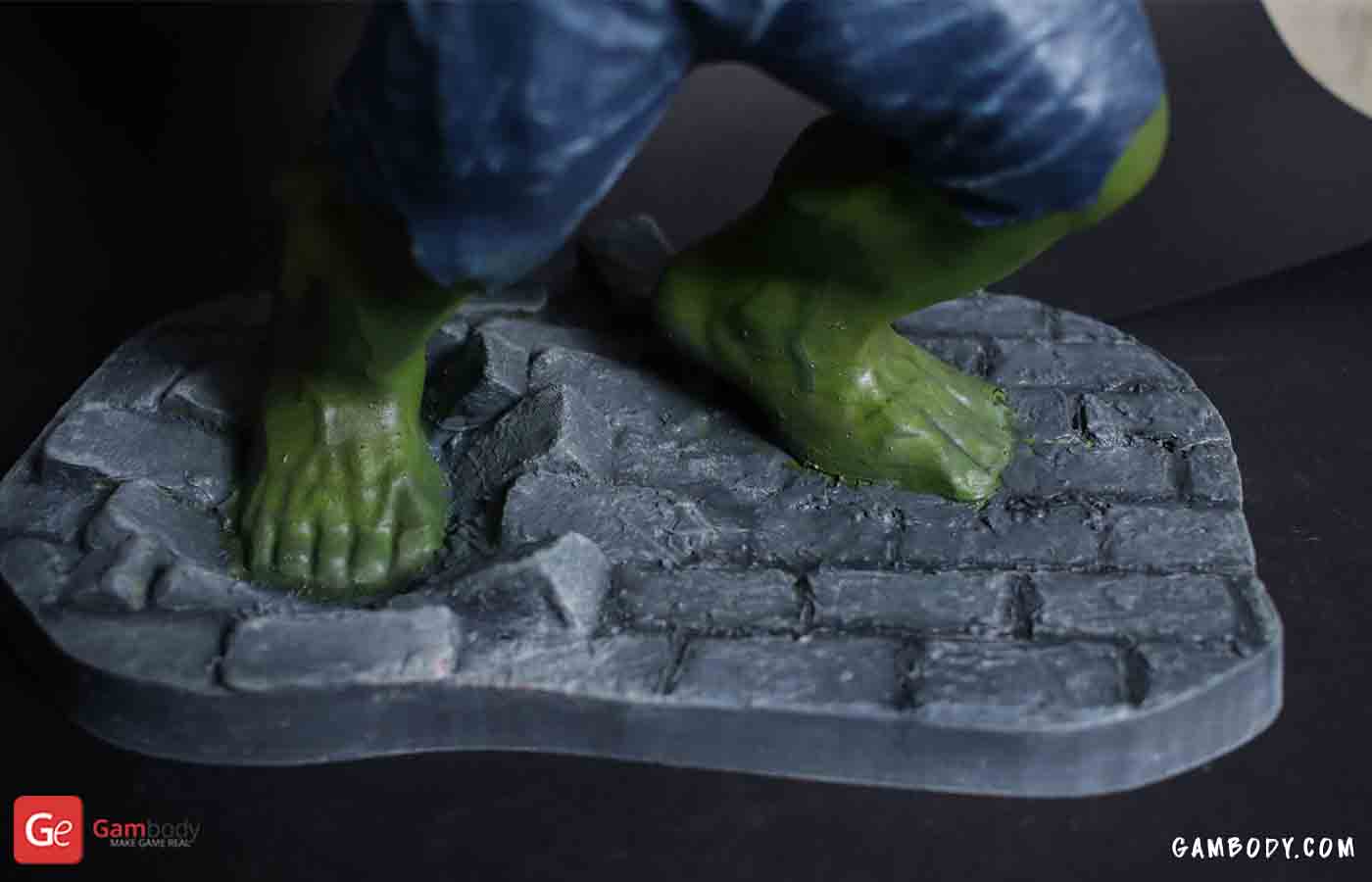 This Hulk 3D printing figurine was the first superhero added to Gambody marketplace. Since then, it has been printed countless times and incorporated into numerous dioramas.

Although smaller than the previous one, you can scale it up for a more powerful effect.

Where to find the files? Gambody 3D printing marketplace will offer you not only the files but also detailed 3D printing recommendations and full technical support.

You already understood that this blog post is only about Hulk 3D printing figurines, right? Good, because this is just the beginning.

Our next pick of the Hulk figures differs from the previous one in pose and details. The good thing and this is what fans of table games will appreciate, is that this version of the Hulk stands on its own feet and doesn’t need a support base to keep its balance. Also, the Hulk prints in a single part.

You will also find a remixed version of the original Hulk for 3D printing miniature. It stands 30 mm tall and is split into 10 parts for an easier and smoother printing result.

Where to find the files? Download them here and here.

For those who are more into recreating entire movie scenes or fan action scenes involving their favourite character with a villain or another superhero, then dioramas are the best option. You will find a lot of Hulk dioramas on the Internet. However, this one where the Hulk is facing Wolverine in a confrontation has caught our attention.

According to Marvel comic book Ultimate Wolverine vs Hulk, these two have met in a bloody fight when Wolverine was hired to kill Hulk. Although, Wolverine mission takes a totally different turn when Hulk tears Wolverine in half. Pretty creepy, right?

Anyway, the 3D artist depicted the fight between these powerful superheroes in a beautiful diorama.

Where to find the files? Ask here.

If you’re still in Thor: Ragnarok mode, you should definitely consider replicating this Hulk 3D printing figurine. The statue depicts the comic book character in an attack position, the one where Thor and Hulk meet in the arena, facing each other in one of the most unexpected duels there has ever been.

The best part about this particular Hulk 3D printing model is that you can scale it up on down, depending on your own preferences. The figurine will look impressive regardless of the size you choose to print it. It comes with incredible outer shell details and an outstanding stand. The 3D artist of the Hulk 3D figurine provides 2 interchangeable pair of hands and 2 types of stands. Also, you can either print the statue in a single piece or in multiple separated parts that you will have to assemble.

Where to find the files? Buy them here and here.

Do you like our selection of miniatures of Hulk for 3D printing? Have already 3D printed any of them? Comment by posting a picture in the comments section below or go to Gambody – 3D Printing Gaming Community Facebook Group and join the discussion there.