Japanese anime is very popular all over the world. You’re not in the game if you haven’t watched a Japanese cartoon.

Emerging in early 20th century, anime has a stylization pattern of its own, with a powerful emotional energy to it. The characters follow the real human body proportions, although some of them might be deliberately disproportionate. The most common feature in these characters is the exaggerated eye size.

Conventions are held every year. Now, with the emergence of 3D printing, anime has gained fresh acknowledgment. Many artists compete in creating incredible anime statues for 3D printing.

We’ve rummaged through the Internet and found these 8 awesome anime 3D prints. Enjoy! 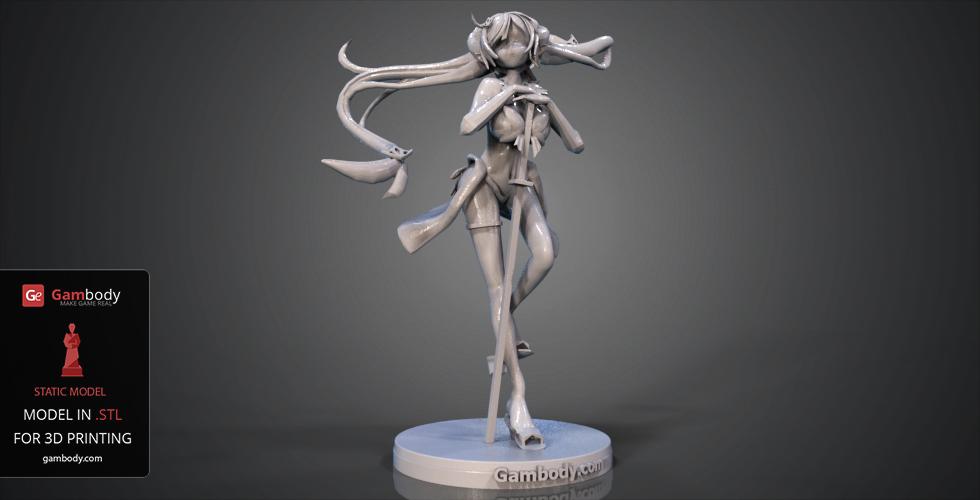 The Anime Girl 3D model immediately pops into your sight as you open our marketplace. It is something new for our audience and for us as well. We’re used to seeing bulky Mechs and fierce heroes. And the big-eyed girl stands out from the crowd in a good way. 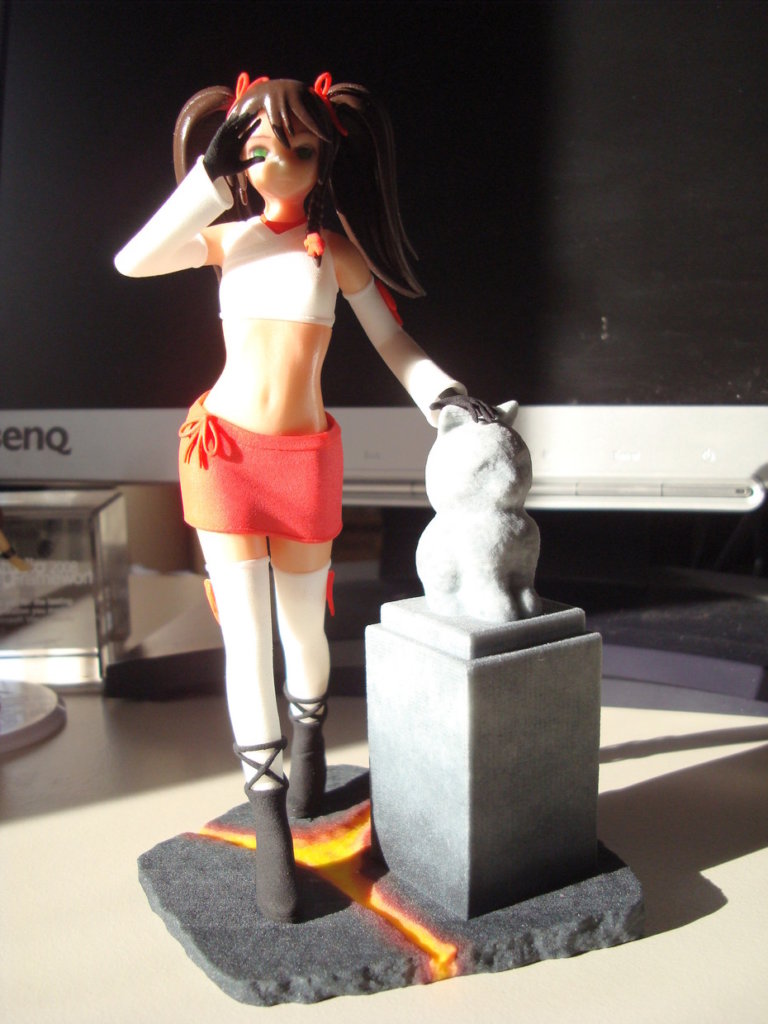 This figurine was created for Tsunacon 2013 by Kaetimi. It shows beautiful body lines and intricate details. We definitely love the way all the ribbons and other small accessories look.

The 3D model is created entirely in 3DS Max and checked in Netfabb.

For a full review of the process, head to Figure.fm 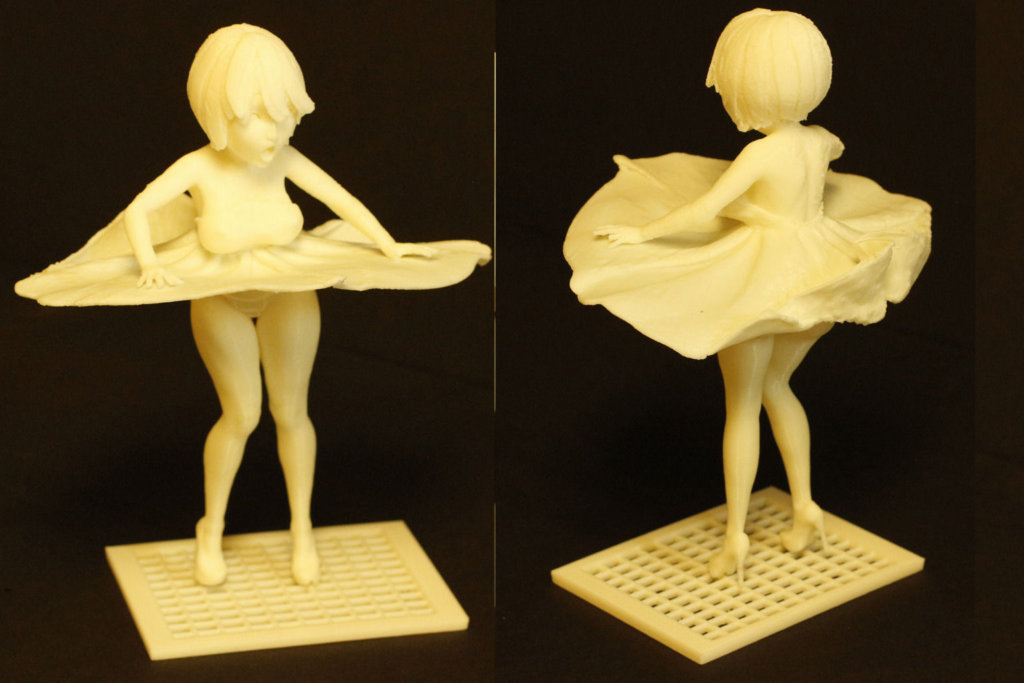 This figurine takes inspiration from the famous Marilyn Monroe picture. The 3D model doesn’t require support and it takes about 11 hours to complete.

The life-size sexy replica of Momo was created for the promotion of the upcoming Love-Ru Darkness season, a Japanese series written by Saki Hasemi and illustrated by Kentaro Kabuki.

The 3D printed Momo is shown with her short pink hair, purple eyes, wearing bride lingerie. Its 3D printed replica measures 5 feet in height. It was printed in separate pieces that the Max Factory, a Japanese toy company, assembled together and carefully painted.

The fans of the series were not allowed to touch the 3D printed Momo, but they had the opportunity to stand next to her and take pictures.

We’ve shown you 12 3D Printed Robots in a blog post. This Robotic anime girl fits into the category of 3D printed robots, but we decided to include her in this list due to her huge eyes.

The 3D model is provided with 24 servomotors and can be controlled with special software.

The robotic doll is designed in Zbrush, 3D Studio Max, and Solidworks. The files are checked and prepared in Netfabb. 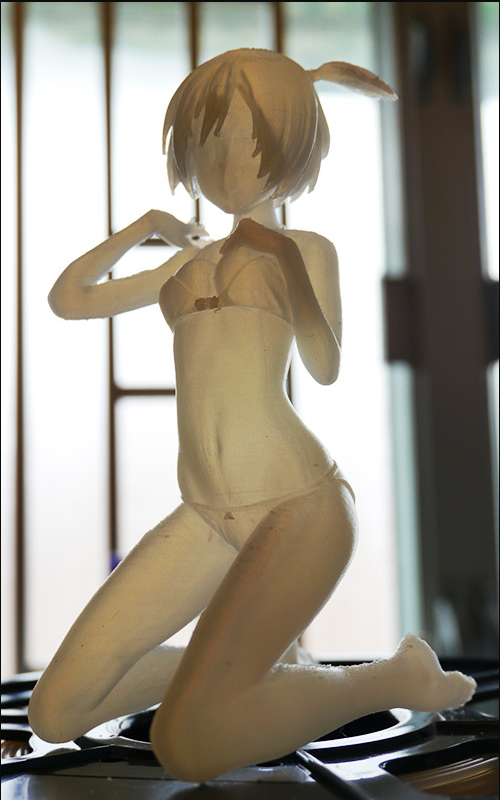 The 3D model is available in three different versions, but we love this one in particular. 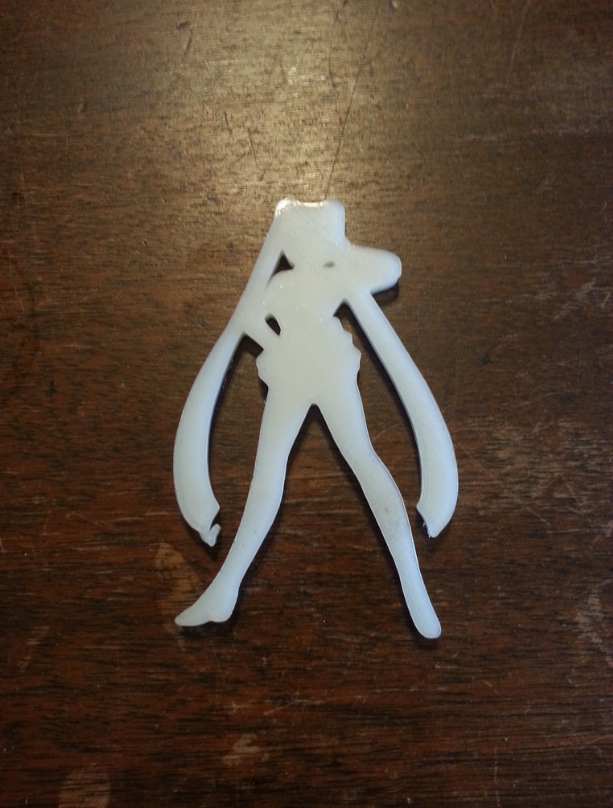 If you haven’t watched Sailor Moon when you were a kid, you lost half of your life. I remember the time when all of the girls were crazy about the anime character and all they did was inventing games that involved the storyline of Sailor Moon.

Bring back childhood memories by 3D printing Sailor Moon’s silhouette (). The model prints without support and it stands 3.5 inches tall. 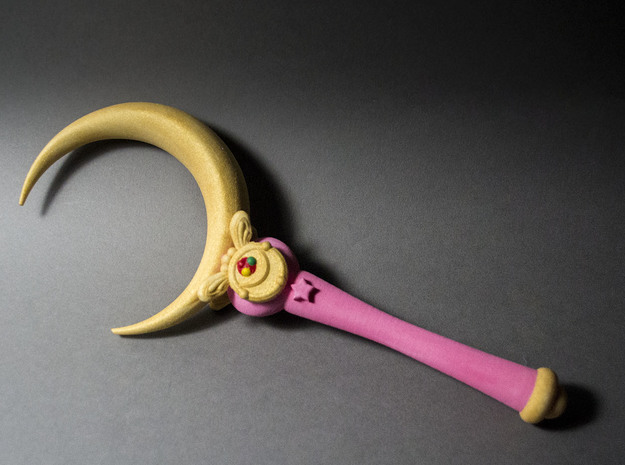 If I was a kid now, this crescent wand for 3D printing would have been on my wish list. I mean, what girl on earth wouldn’t want to have the crescent wand? Perfect for cosplay, the wand can be painted whatever you like.