Marvel comics pretend to be the most famous superhero franchise ever. Its movie and comic book universes have millions of fans worldwide. Such a success couldn’t be possible without creating bright, multifaceted characters. Every one of them has his own story, strong and weak sides. And there is no surprise, that a lot of designers develop the items connected with Marvel that can be 3D printed. Scroll down to see 15 Marvel miniatures we’ve found. 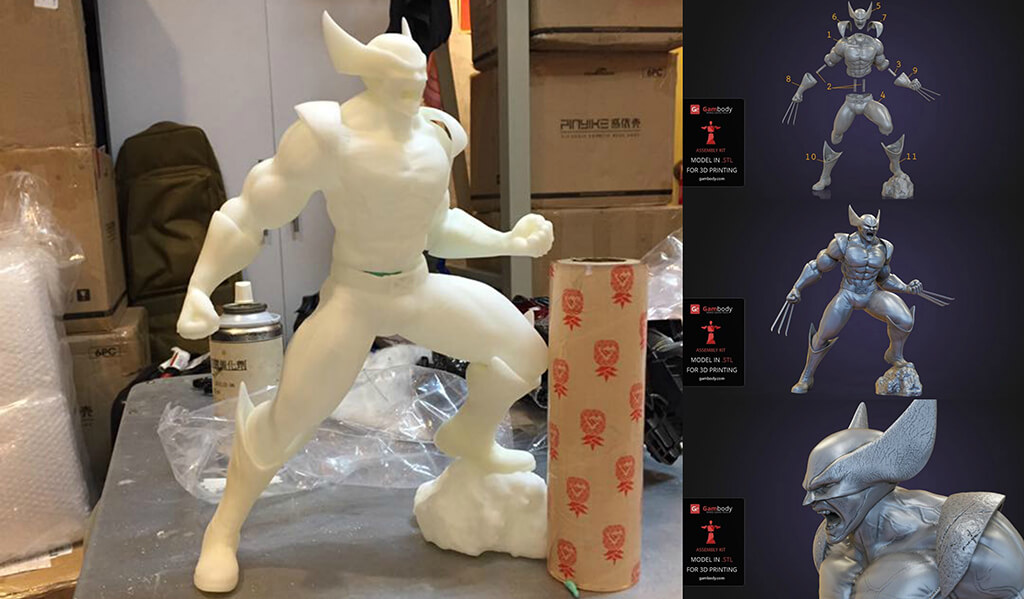 We think, you’ll agree that this 3D printing miniature of Wolverine looks mighty and even a bit dangerous with his adamantium claws out. The model is based on the character from X-men comic book series and is dressed in a canonical suit and mask.

If you want to 3D print one, welcome to Gambody marketplace. 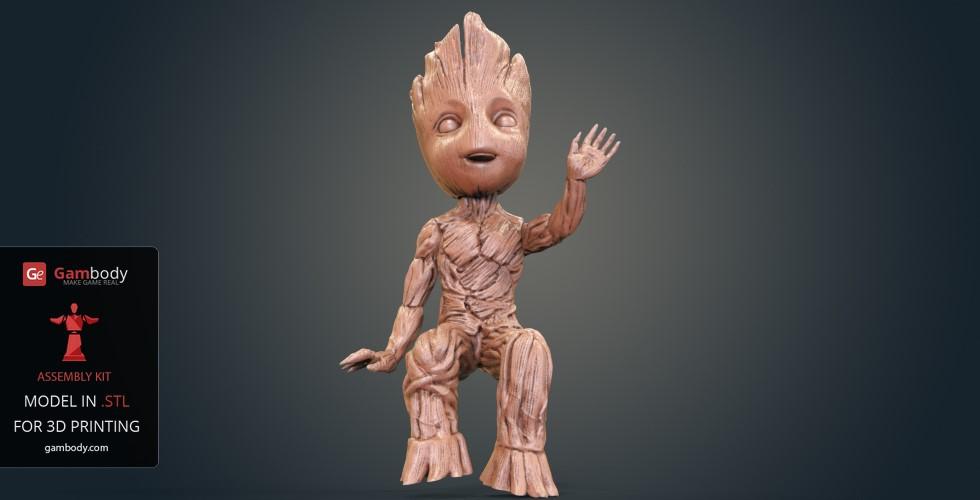 This Baby Groot is pretty friendly and nice. If you place it on your shelf or working table it will cheer you up even if your mood is bad. Print it from usual or wood plastic to make it look even more realistic. Find STL files at Gambody. 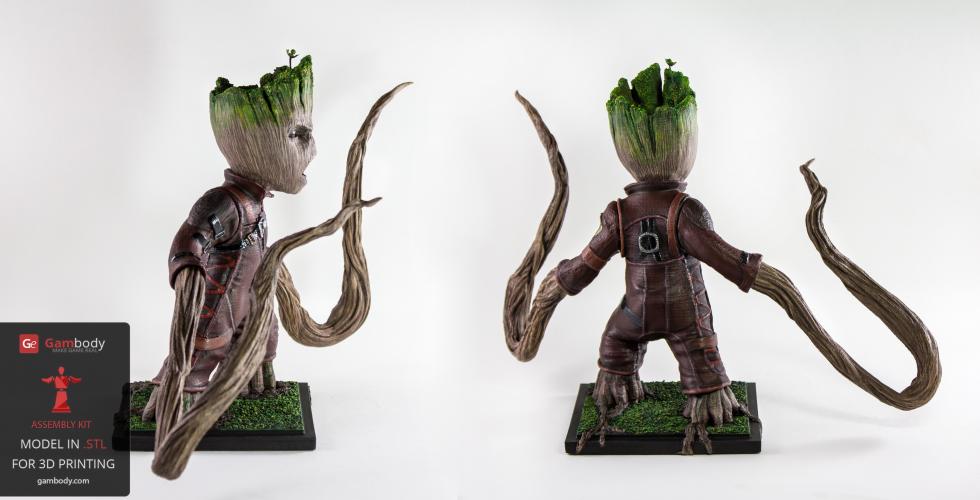 And this little humanoid tree is definitely angry. If you watched the last Guardians of the Galaxy part, you know, that Baby Groot is tiny, but still capable to do things and even save the whole team. Want to have this alien defender? Visit Gambody, buy STL files and print one! 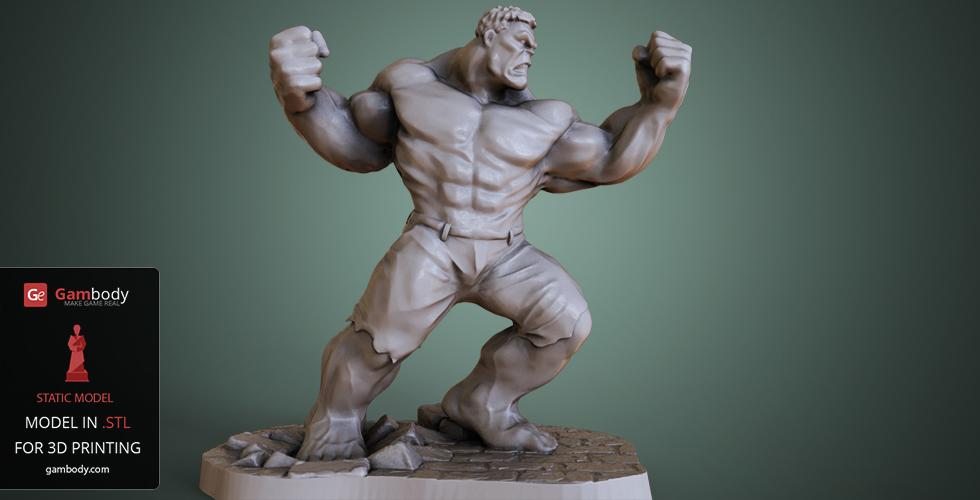 Hulk is a real threat. Just look at the pavement tile under the model’s foot – it seems like it didn’t cope with Hulk’s weight and strength and crashed. Being an alter-ego of Bruce Banner – psychologically weak and calm person, he is Dr. Jekyll and Mr. Hyde of Marvel comic book series. 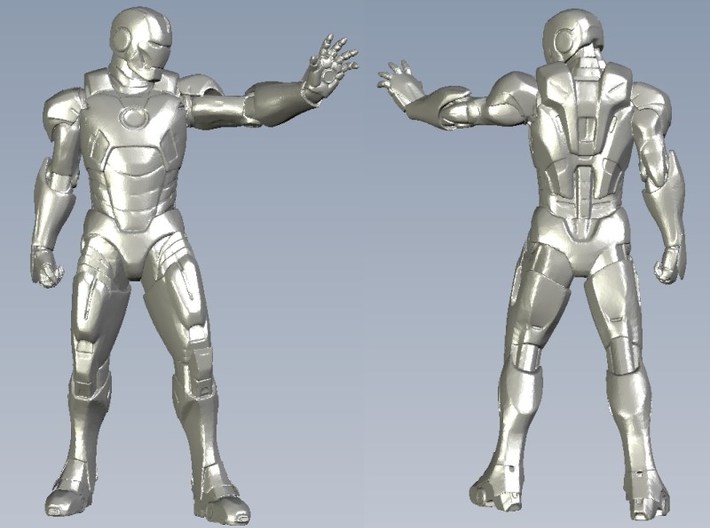 A billionaire turned superhero when wearing his technologically perfect suit – this is all about Tony Stark. Do you want to have a figurine of one of the Avengers? Shapeways can print it for you.

Rocket is a charismatic raccoon from Guardians of the Galaxy who conquered fan’s hearts. And not only because he has Bradley Cooper’s voice. He is a bit thorny but funny, brave and ready to come for help. And it’s really cute how he cares about Groot.

By the way, you can 3D print one. Ann assembly model is available here.

Not all superheroes come from the future, some of them come from the past.Captain America is just the right example. He was created in the 40’s when the patriotism in the USA reached it’s top. But he still retains his popularity 75 years after.

Purchase one at MyMiniFactory. 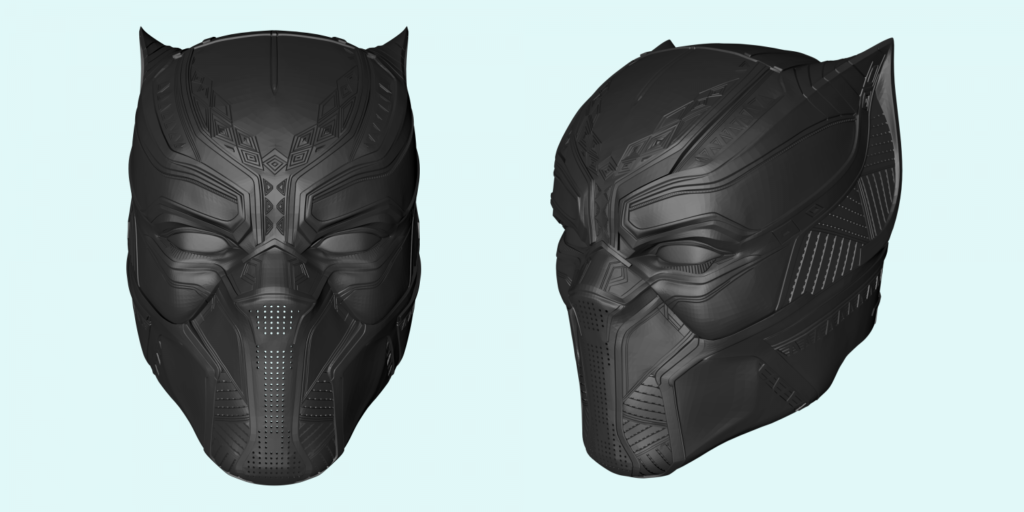 Black Panther just showed in one Marvel movie and became popular very fast. His solo film is coming out soon, and the fans are already waiting for it. And now you already can 3D print full-size Black Panther helmet. 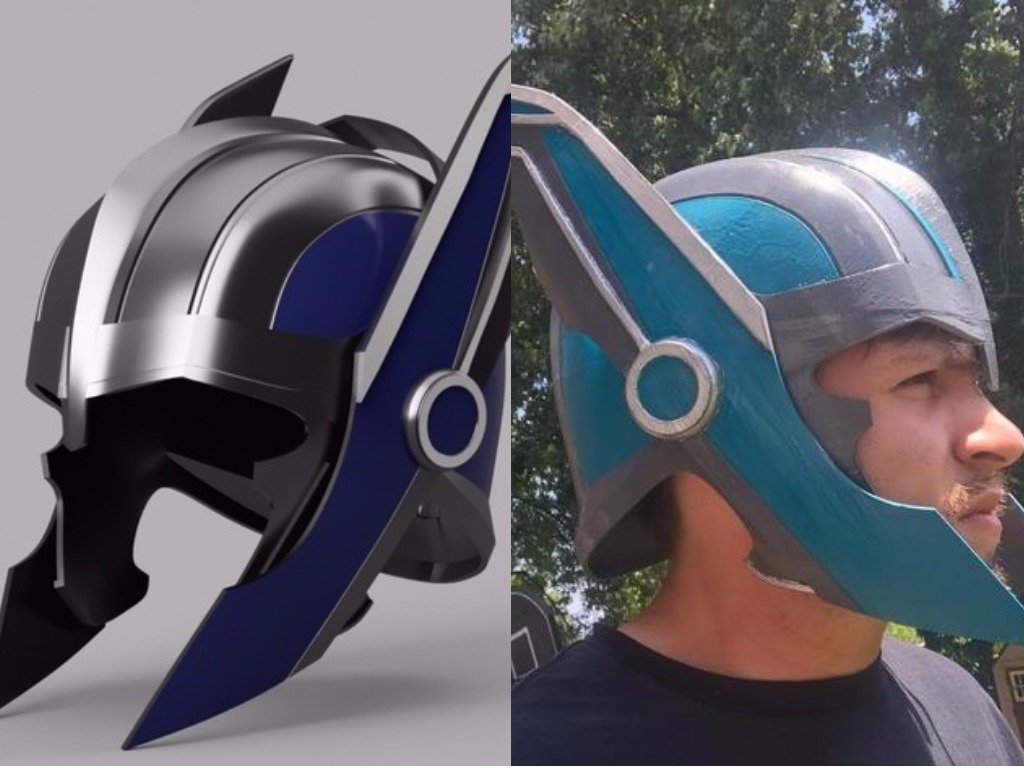 Thor: Ragnarok is the third part that tells about the adventures of a god from Asgard is coming out soon. If you’ve seen the trailer you should have noticed that Thor will look a bit different in the title. He’ll have a new haircut and a new helmet. And you can already print the last one. Purchase the full-size Thor: Ragnarok helmet with rotating wings at Thingiverse. 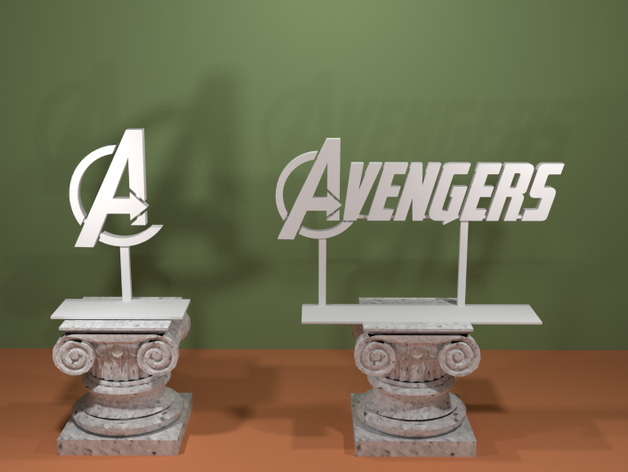 Print the logo of the most powerful team of Marvel universe. We, honestly, don’t know, what can you use it for. But maybe you’ll find a place for it in your house. 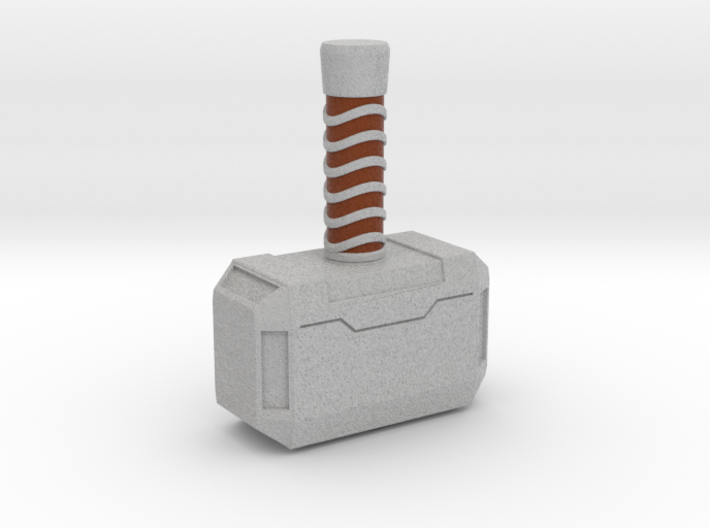 Only Thor is capable to raise the Mjolnir. Do you believe that? Buy a 3D printed hammer that belongs to the God of lightning and test it yourself. 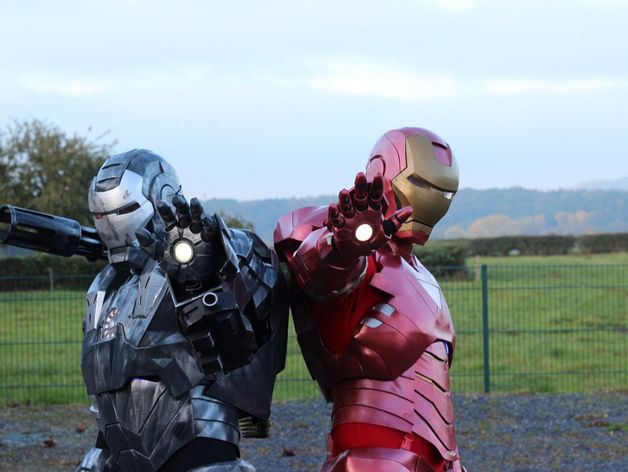 Here comes an awesome, full-scale 3D printed Ironman suit. You can print one and wear to ComicCon or to Halloween party, or somewhere else. Note that its modeler warns you that it is not quite comfortable, but still it looks cool.

Find one at Thingiverse. 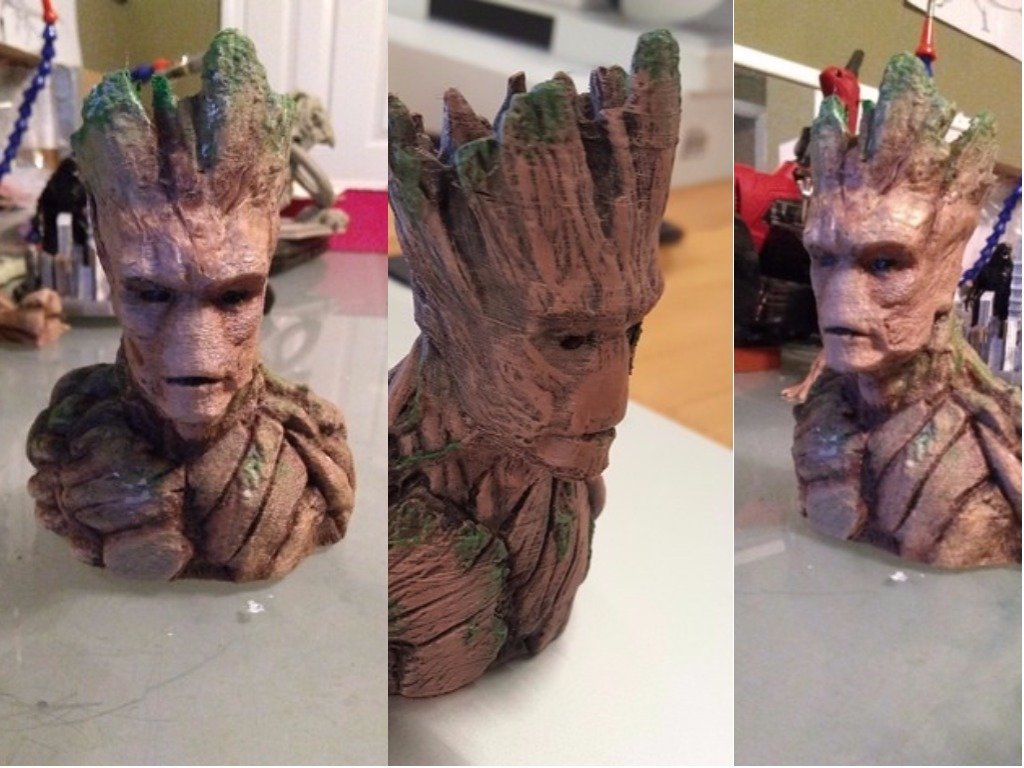 We’ve already shown you baby Groot figurines, and here comes an adult one. It is highly detailed and if paint it right will look just like its prototype from the movie. 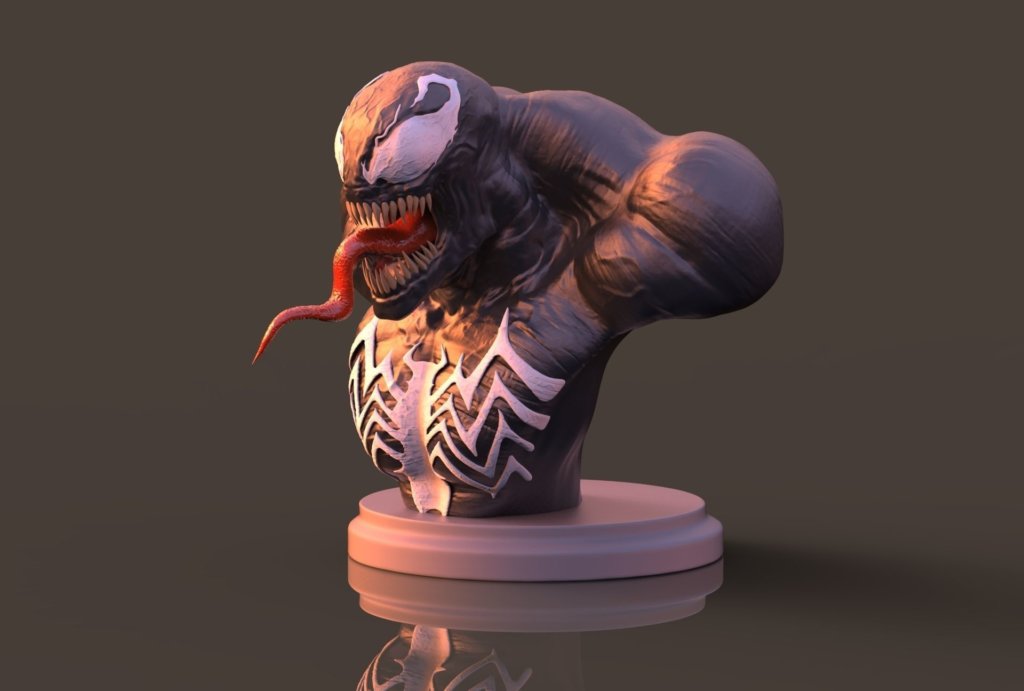 Actually, this character was created accidentally. In 80-s Marvel comics decided to redesign Spiderman’s suit. And one of the designs appeared to be perfect for a new antihero. Venom is a symbiotic creature whose body is almost liquid which makes him hard to be defeated.

The last one in our top is Stan Lee, the person without whom Marvel universe would not even exist. In some way, he can also be considered as a character of Marvel movies. He has cameos in every film, that are believed to be somehow connected.

There are many more Marvel miniatures for 3D printing. These are just the short-listed ones. Check them up, see if your printer is up for the job of printing a superhero. If not, you can always see him in the movie 😉 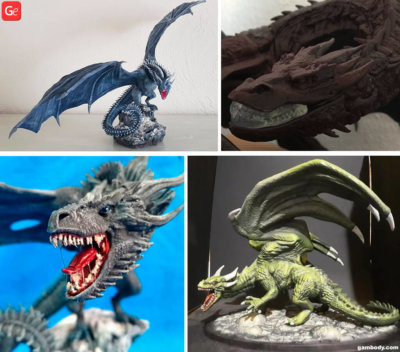