Expand your artillery with a 3D printed and painted T-62 miniature.

London, 4 January 2017 – Gambody starts the New Year big! We release the newly painted and completely finished T-62 tank 3D model. This project has taken us a little while to complete but it is totally worth the wait and the effort.

Last year our 3D printed T-62 Soviet tank 3D model entered with big fuss and noise in the online realm. The news about a workable T-62 Soviet tank miniature was taken over by many of online news outlets, featuring the 3D model and increasing the excitement of the 3D printing community. 3DPrint.com and 3ders.org issued detailed articles about the model back in spring and summer of 2016.

At that time, Gambody finished 3D printing the 3D model of the soviet tank and was looking for a 3D printing and painting enthusiast who would take the challenge to paint it. However, we had been lucky enough to find our in-house painter, who is now responsible for painting Gambody’s 3D printed army of heroes and vehicles.

3D printed T-62 tank consists of 62 separate parts. The tank features a rotating turret, workable manholes and main gun, and an accurate interior layout, although optional. The interior layout features the driver’s compartment, the fighting compartment, and the engines’ compartment. The largest parts are hulls (2 of them) and the turret.

The actual painting job of the 3D printed T-62 soviet tank took a little longer than expected, about 2 weeks. Different painting techniques and other tricks were used to recreate the effect of rust and peel-off paint.

First, the model was primed and covered in brownish-rusty paint. The painter used different shades of yellow, red, and brown to recreate that rusty color. 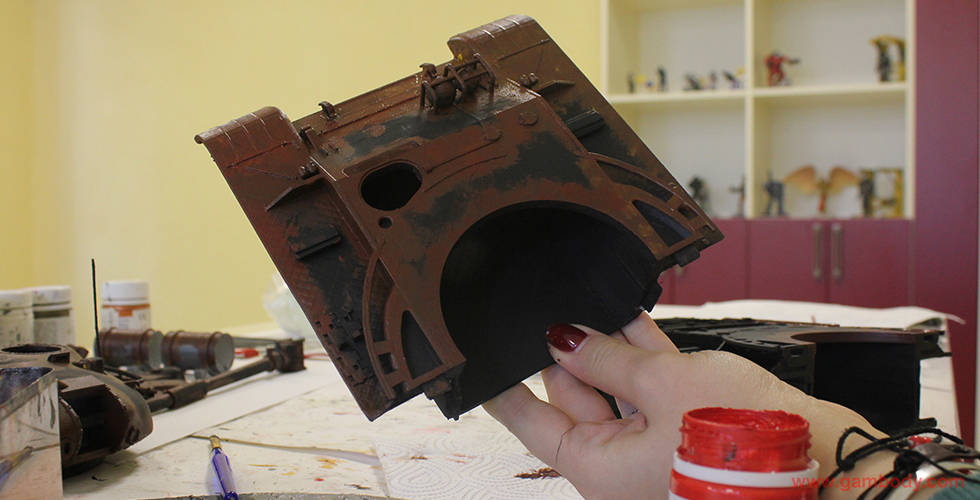 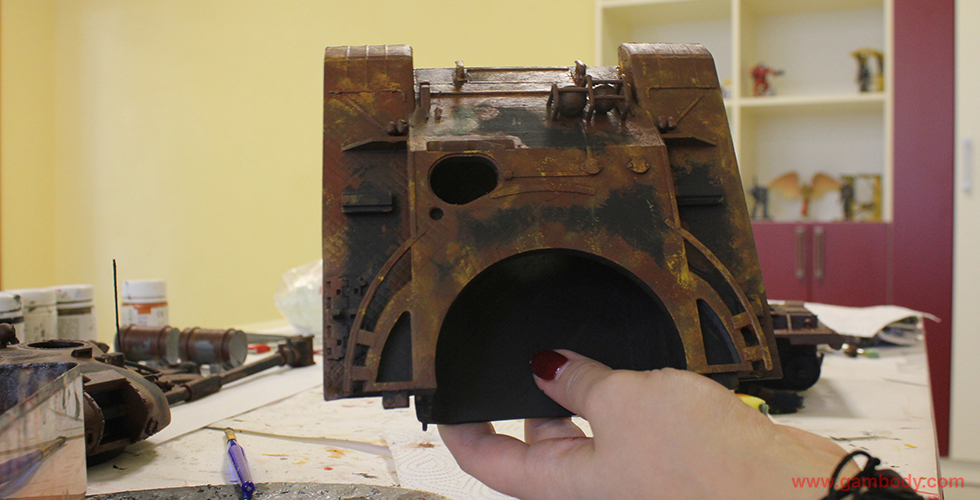 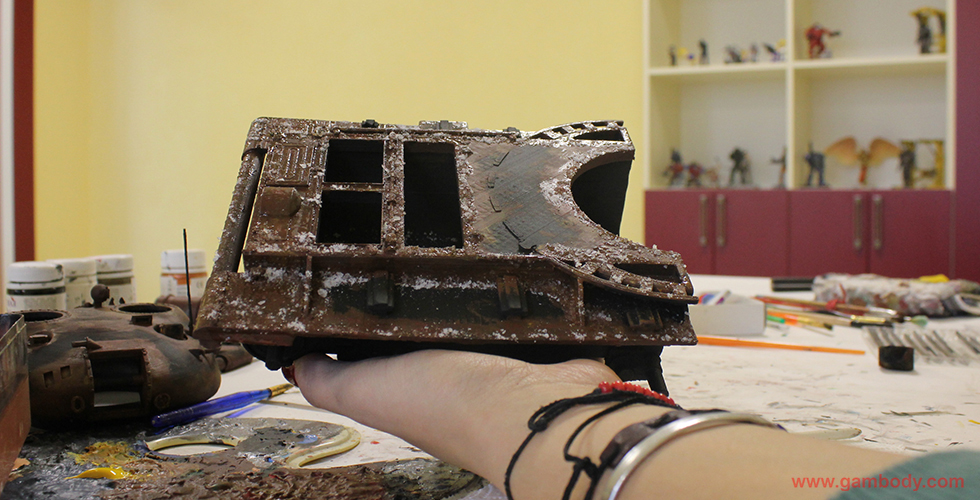 Once the salt was applied, all the parts were coated with green paint. 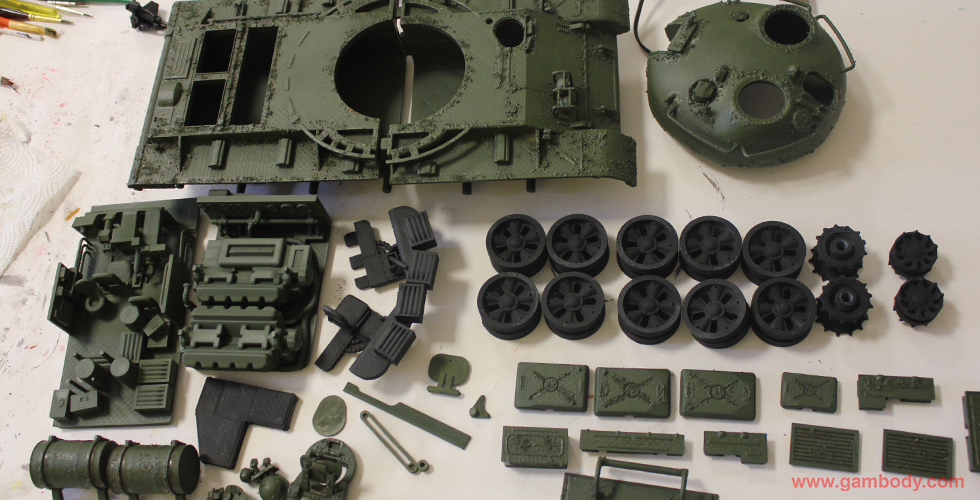 The salt was then peeled off from the surface of the parts with a polishing tool. The result is that of the peeling-off paint. 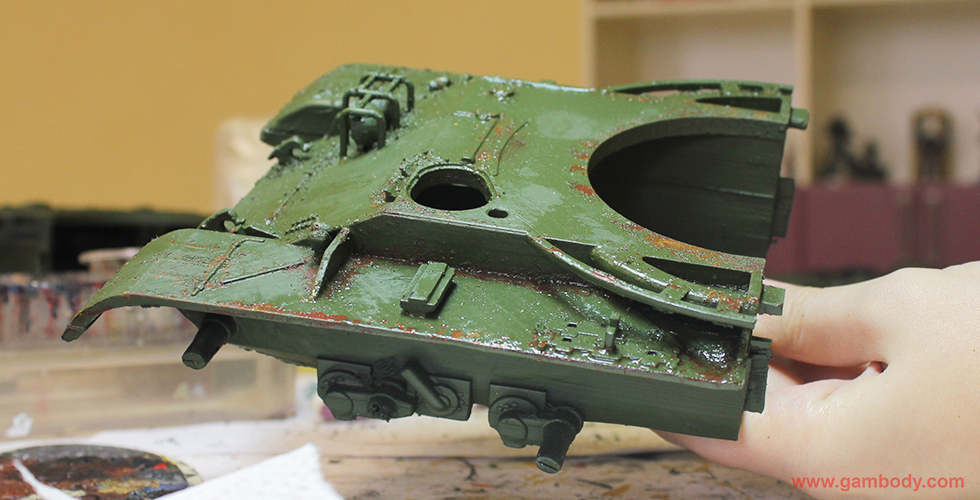 The interior layout of the tank was also painted and fitted into the hulls of the 3D printed tank. 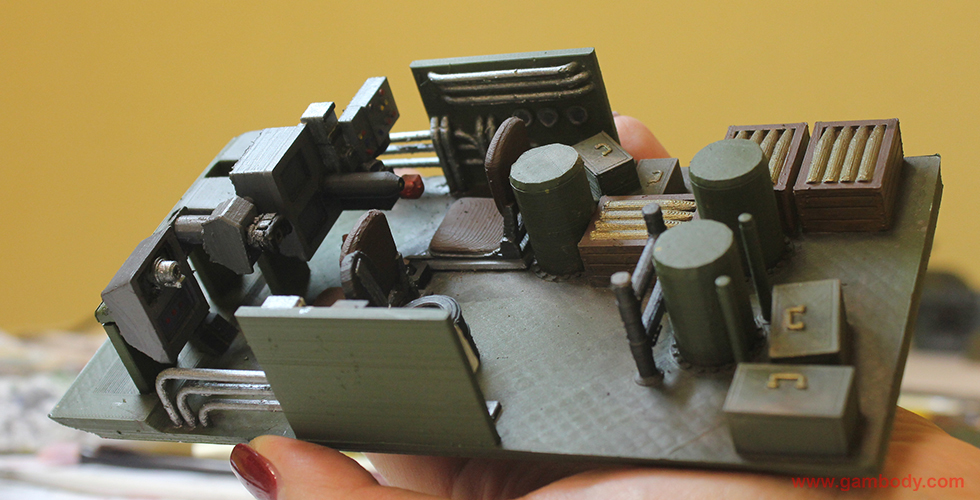 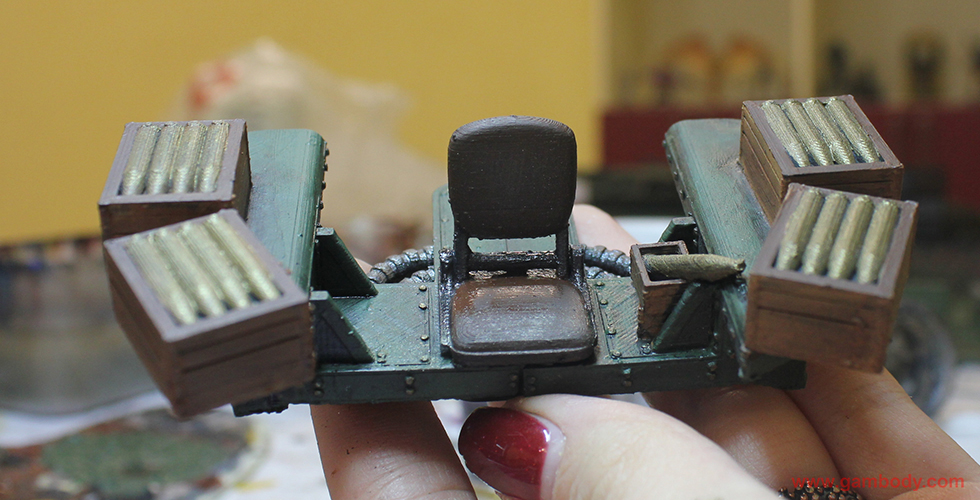 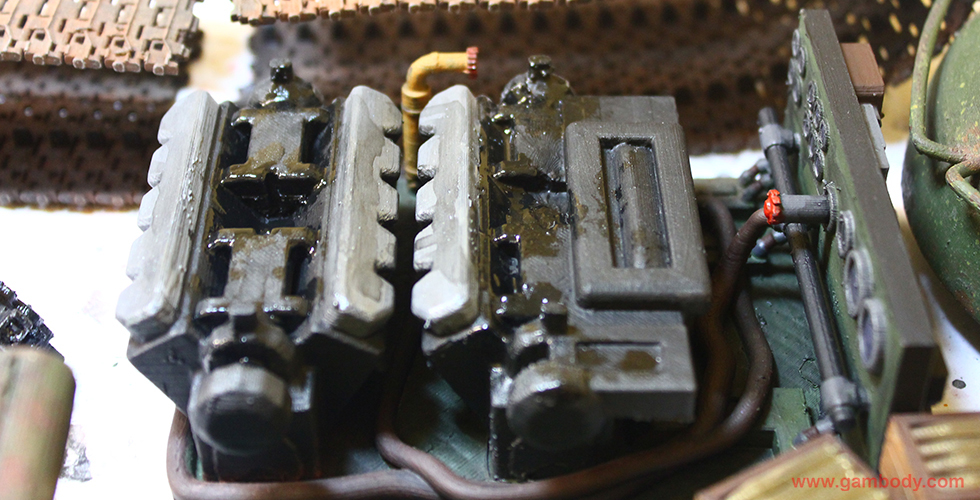 The 3D model of T-62 was broken down into parts and each part was painted separately, as this was a better way to handle and cover all the surfaces accurately.

When all the parts had been painted, we assembled the model back. This is how it looks now, with a realistic look. 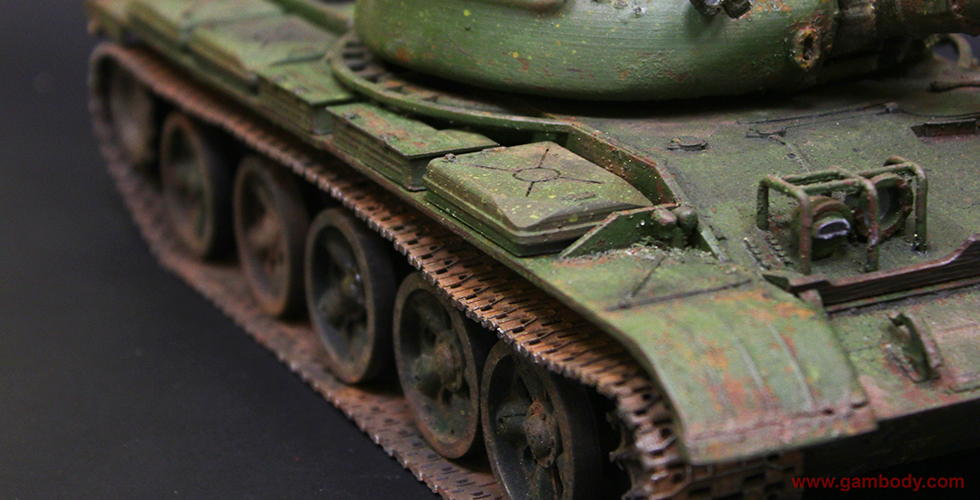 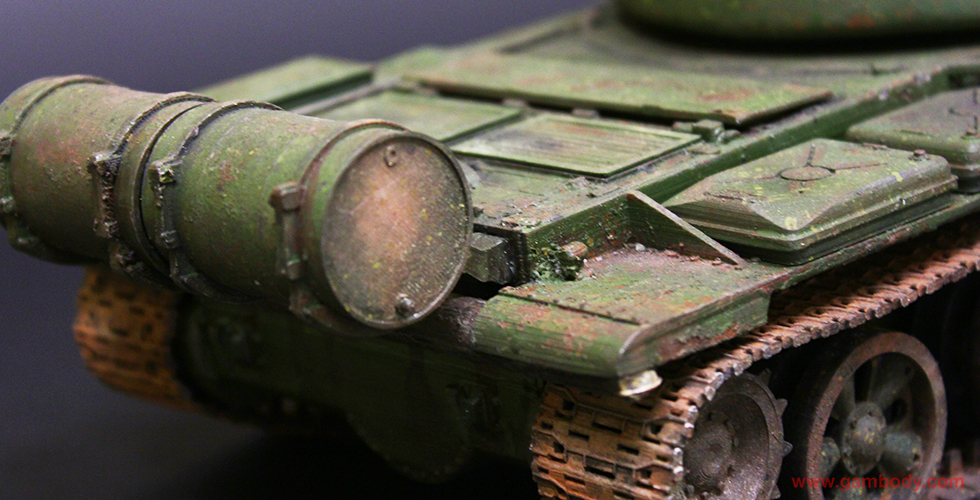 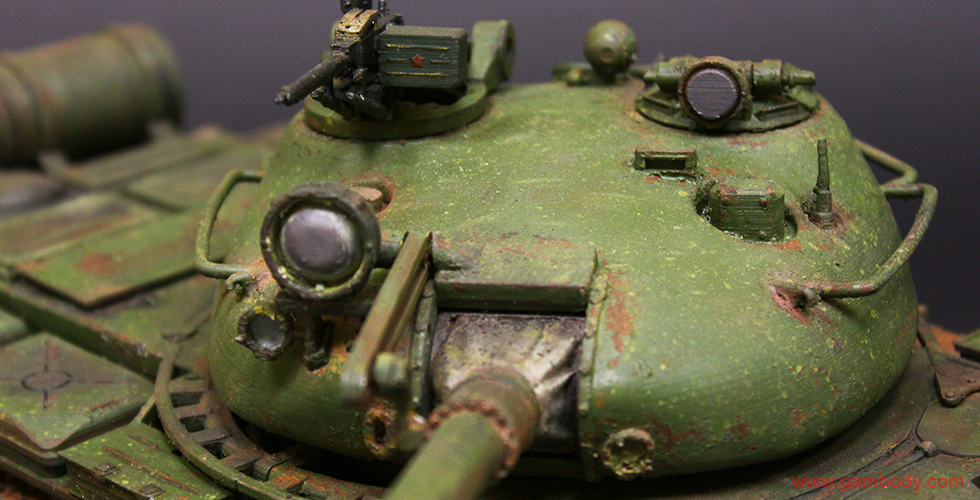 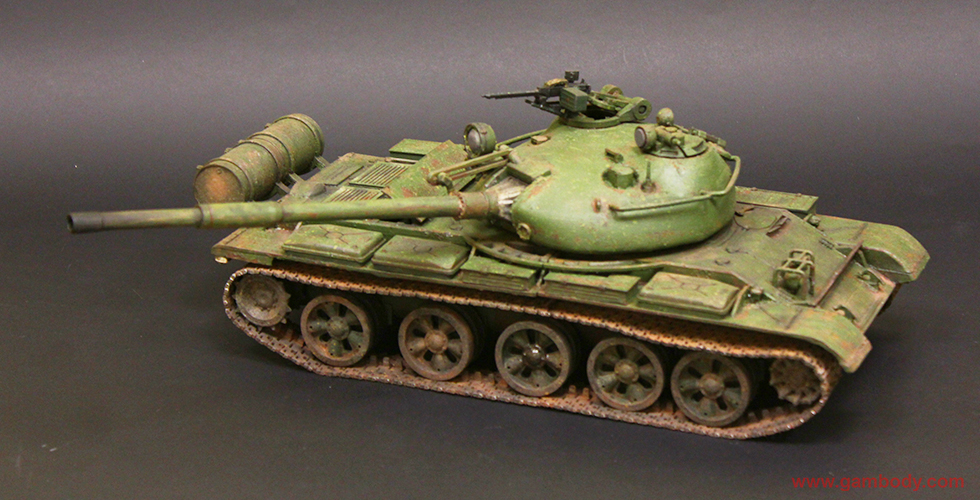 Watch a time-lapse video of the entire painting process of T-62 tank 3D model below: