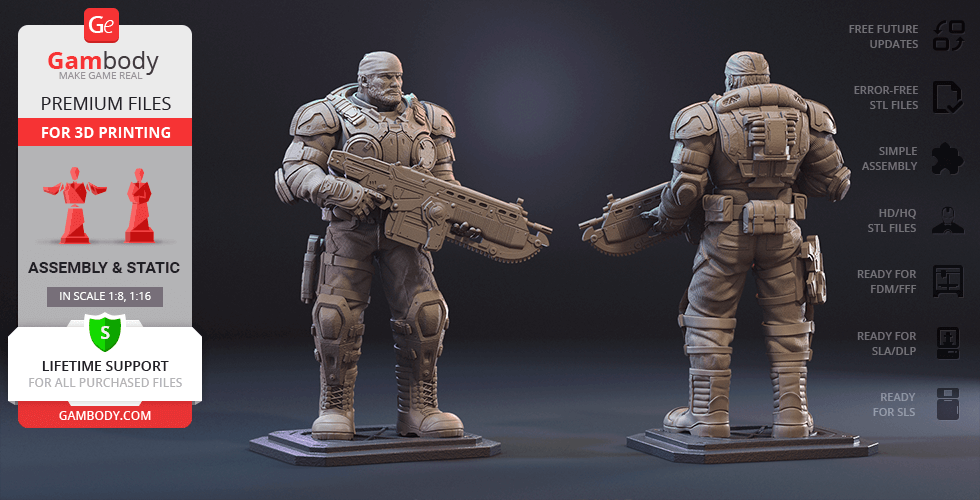 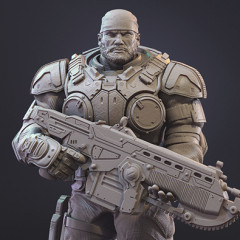 type Gears of War by George D.
$14.99 $24.99
Shooter video game fans, head this way. If you were wondering when you will have the opportunity to 3D print some kickass characters, not is the perfect time. This category hosts 3D figurines and models stylized according to and inspired by this video game franchise.

Heroes to the Rescue of Humanity

Having a video game hero, admired by a horde of fans, in physical form has never been easier and simpler. From characters, to vehicles and other items that you interact in the video game, you can now 3D print and display on your desktop as tokens. All 3D models showcase intricate details of the outer shell, are broken down into separate parts to facilitate 3D printing and to reduce support use. All this small but important details are carefully managed by a team of artistic 3D designers, who are 3D printing and video game trend followers.

Add 3D printed Gears of War figurines to your collection or your board game adventure. Create a real game environment and let your friends join you in the greatest venture that world has ever known. No need to spend time one-on-one with a computer screen anymore. Now you can take all you favorite characters beyond it and interact with them in the real world.

All 3D models are accompanied by detailed printing recommendations to help you achieve the best result. If you don’t own a 3D printer, don’t despair. We have the best 3D printing partners, 3DHubs and Treatstock who will print and ship your 3D figurine in no time.