Overwatch video game gathers soldiers, scientists, adventurers, and oddities in a single place. The interactive Universe allows gamers to manage a hero and see its skills and abilities grow while the game progresses.

Being a popular video game, with a large community, Overwatch has long been an inspiration for cosplayers and 3D artists. Here’s our selection of 15 Overwatch-inspired 3D models. Check them out. 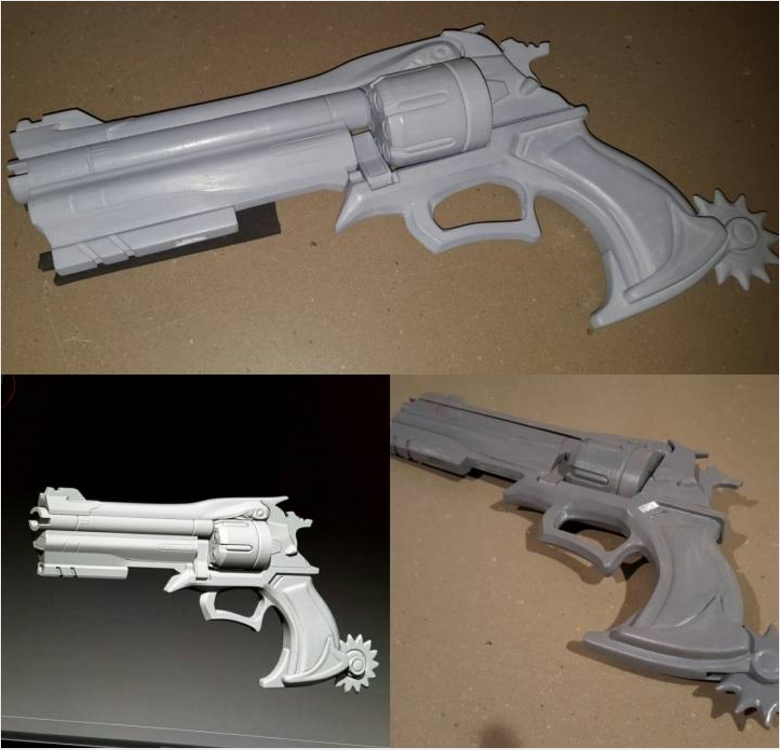 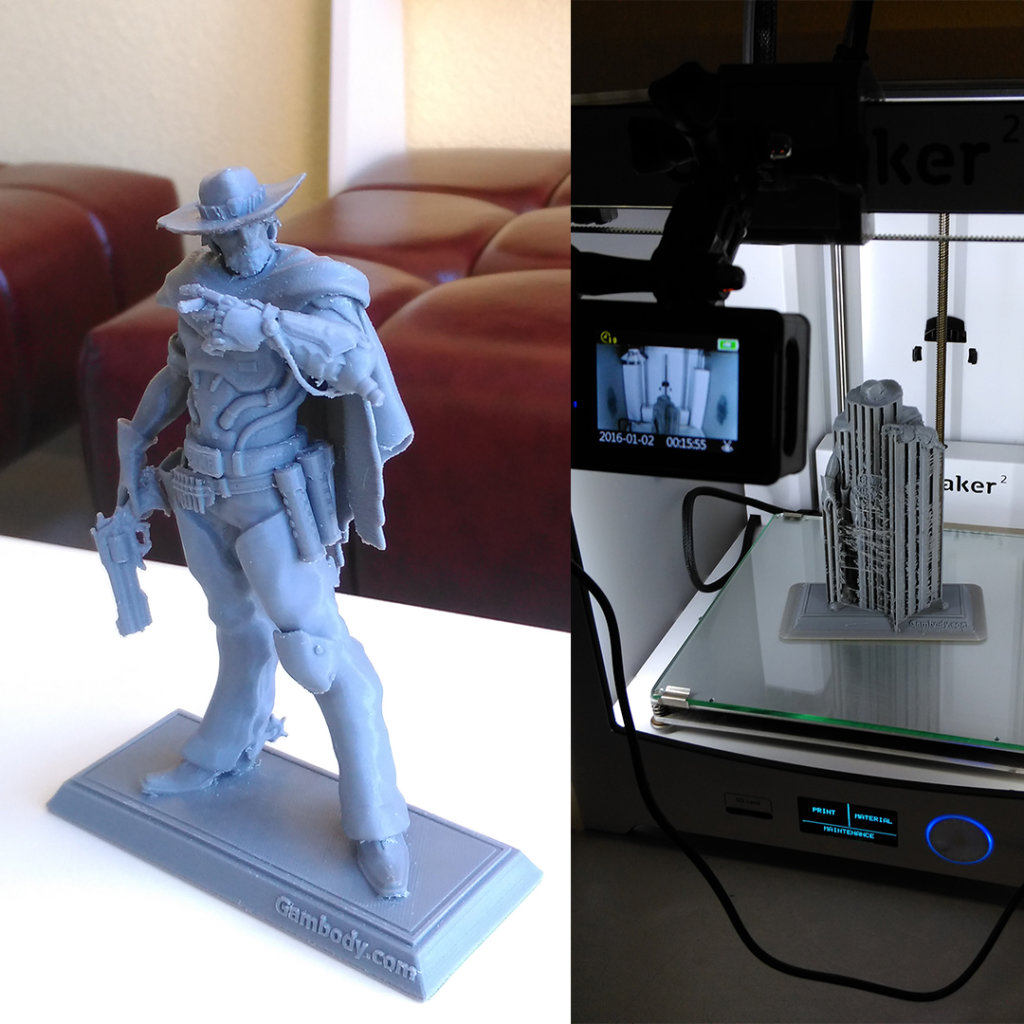 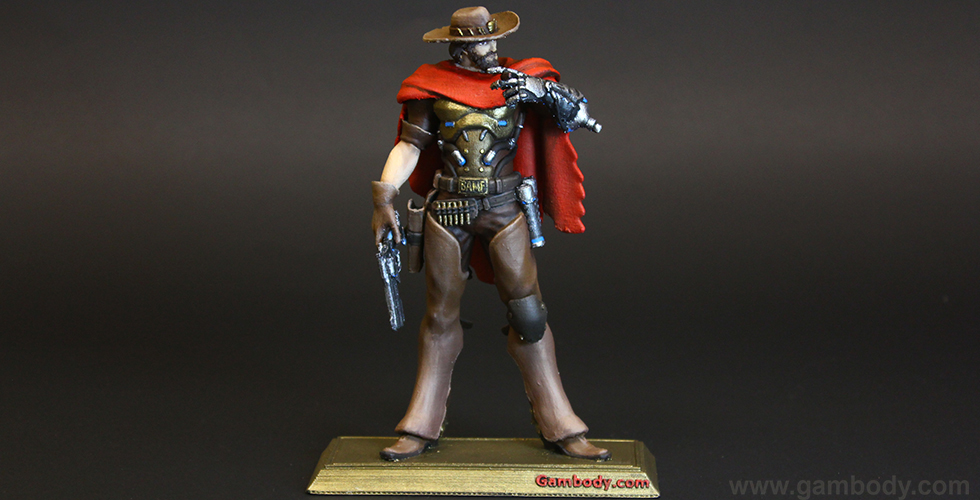 The badass hero from Overwatch is known for his illegal past and for his desire to change his life for the better. His ally in his missions is the Peacekeeper revolver.

The 3D model is divided into 2 STL files: one for the revolver and the other one for the figurine. It will stand 16 cm tall. 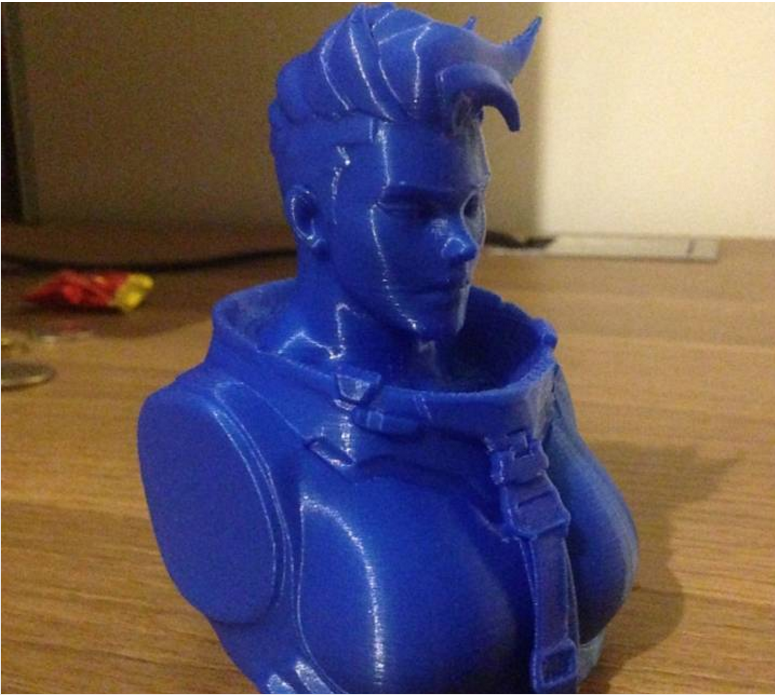 Aleksandra “Zarya” Zaryanova is a Russian soldier. She loves playing around with particles and gravity. So, it’s not a surprise that her favorite weapon is a particle cannon shooting balls of energy.

Look for the files at MyMiniFactory and download them for free. 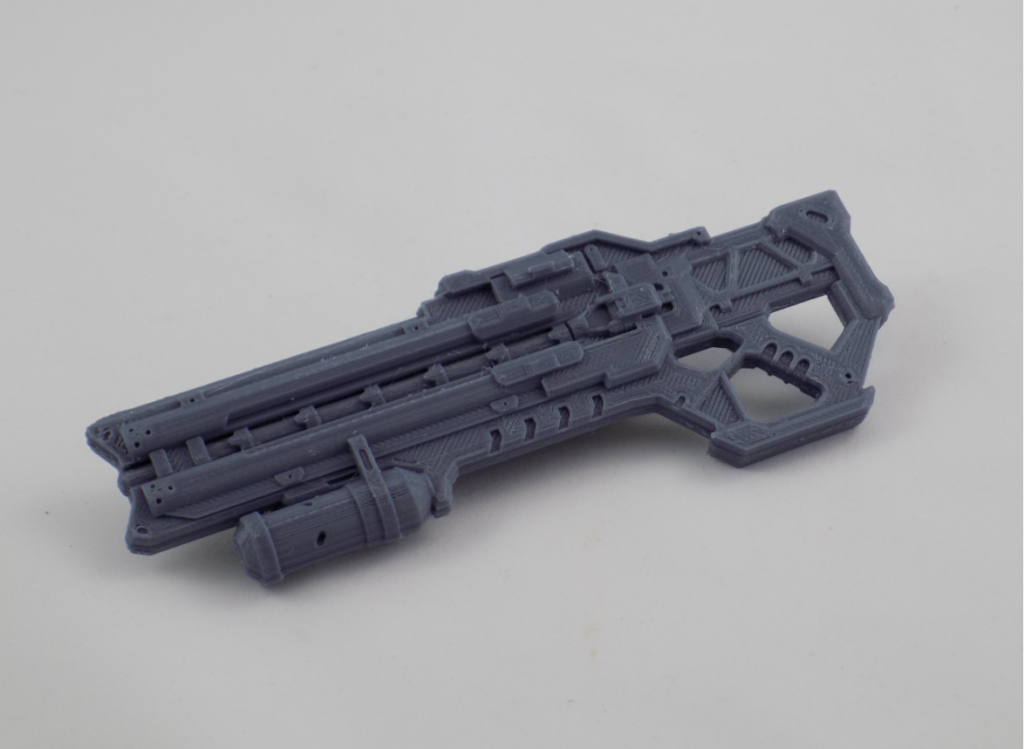 Soldier: 76 Heavy Pulse Rifle is the signature weapon of the video game character. It remains steady even when is loaded and allows the hero to shoot high-power Helix Rockets.

Its 3D printing replica is made of two parts: the left and the right side. The sides can be glued together. The printing is support free, which means no pain trying to get the parts cleared. 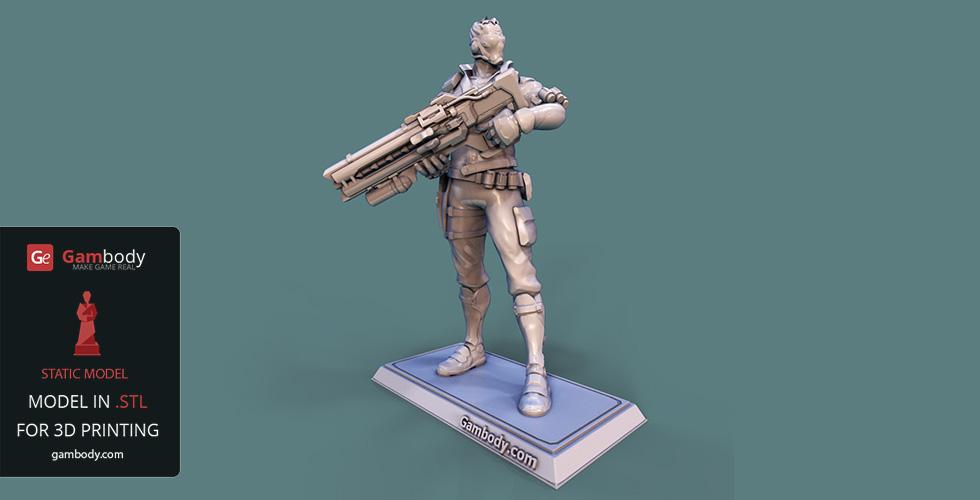 Another Overwatch hero made ready for 3D printing. The video game figurine stands 16 cm tall and is available for download in STL file format. There are two separate files: for the rifle and for the actual figurine. 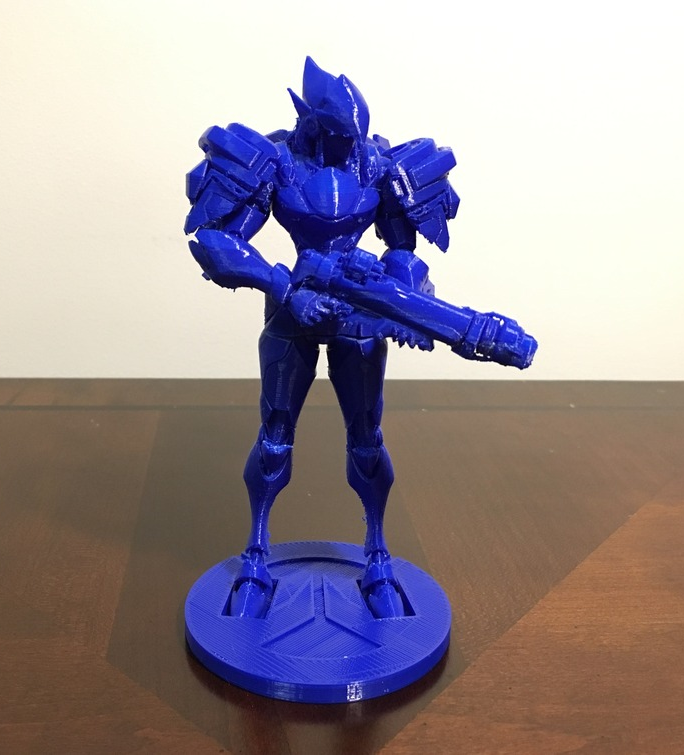 Pharah, the Egyptian-origin soldier, joined Overwatch in her endeavor to protect the innocent. Her combat armor suit and the high-explosive rocket launcher she dreams of making a difference in the world she lives.

The creator of this 3D printing model recommends printing it in 3 separate parts: upper, lower and tips. After having it 3D printed, the 3D model will stand about 16cm tall.

Check the files over at Thingiverse. 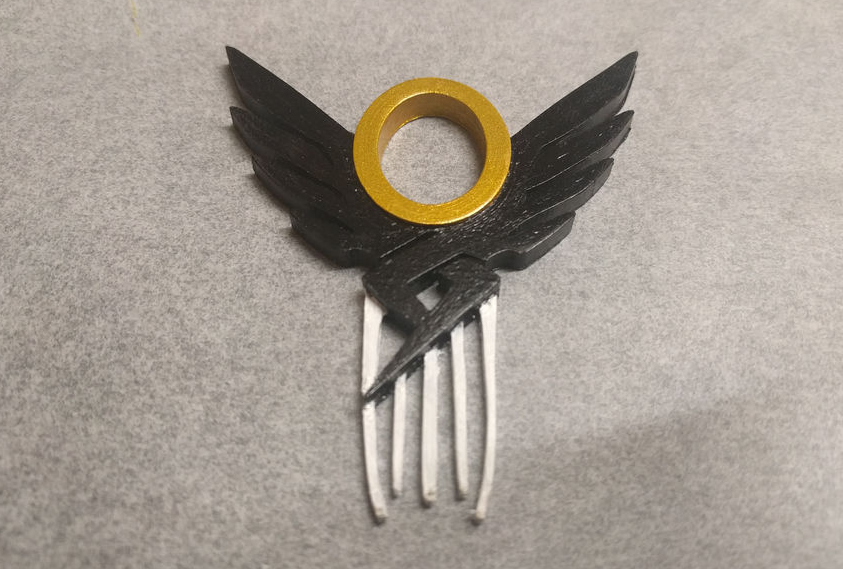 It’s fun to see accessories and jewelry with the video game logos or inspired by the jewelry and distinctive symbol of the video game heroes. It might seem that this hairpin is not an item to die for, but tell this to an Overwatch fan girl.

Head over to Thingiverse to download the file and print it. 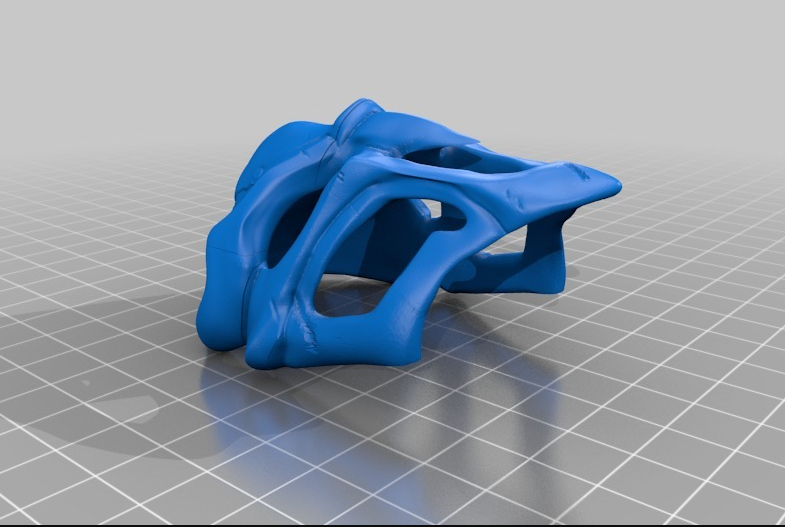 This 3D model of Reaper Mask is perfect for those who cosplay and want to impress. Step into the shoes of mercenary that instigates deathly fear. 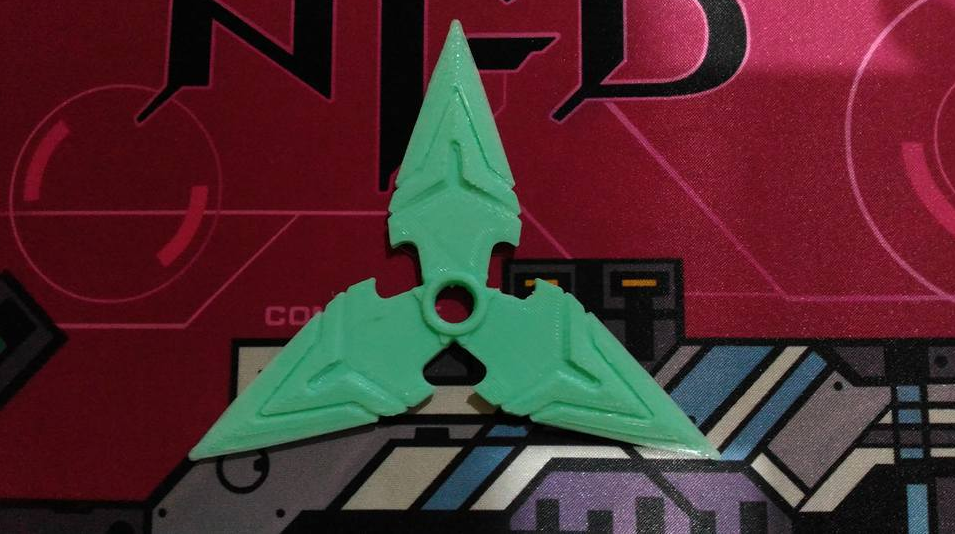 Another cosplay item, Genji’s Shuriken is easy to print and doesn’t require too much material and 3D printing time.

What is a deadly weapon for Genji in the video game is a cool accessory for a cosplayer in the real world.

The file for the prop can be downloaded at Thingiverse. 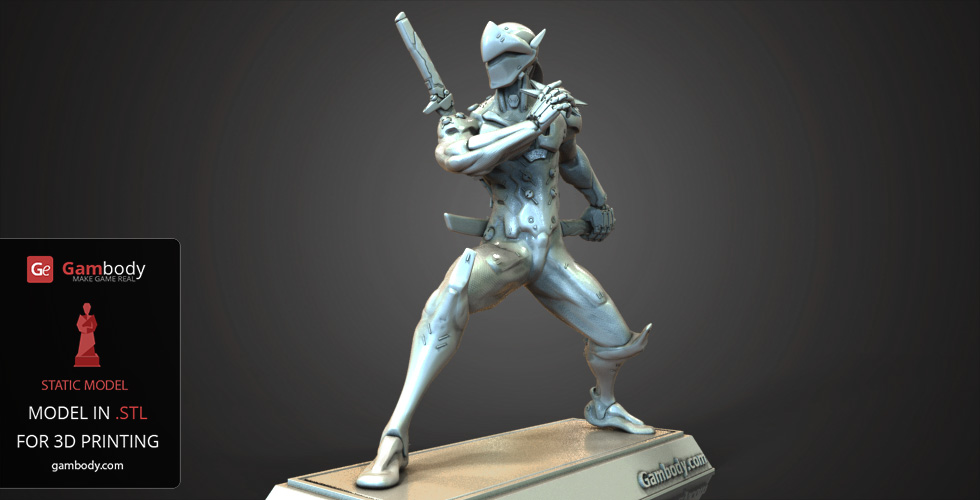 This 16cm-tall figurine will 3D print from a single solid STL file. It comes on a support base, and can be used both as a table-top figurine, or a collectible. 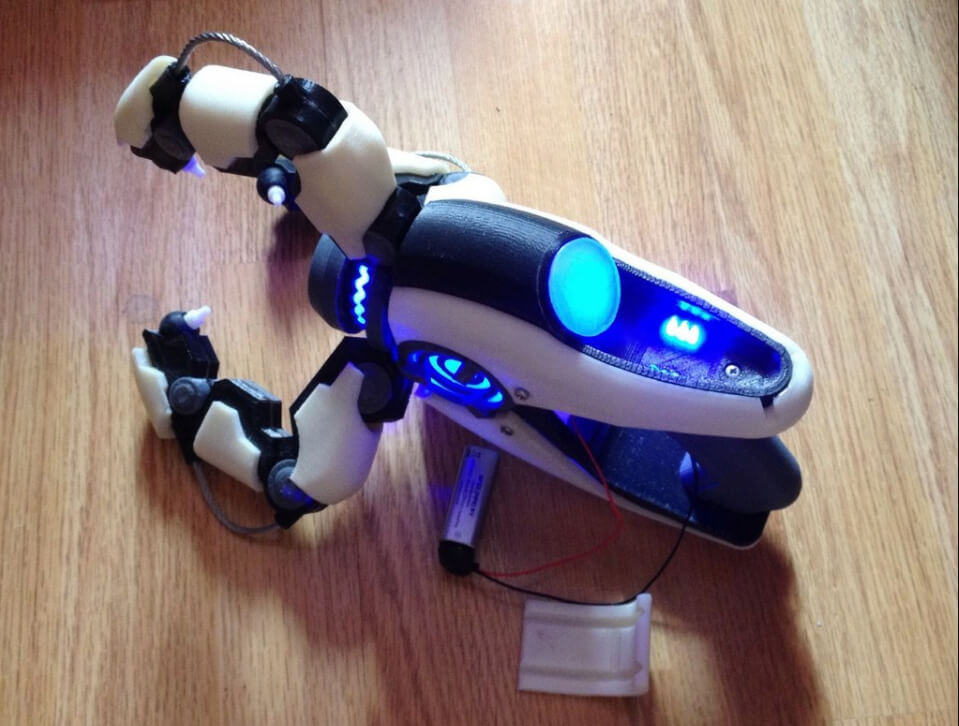 Symmetra hero from Overwatch video game manipulates masterfully her Photon Projector, releasing a charged ball that can deal increasing damage. She has also a Photon shield that absorbs the damage directed to an ally.

The 3D printing item can be used for cosplay and the files are available for free download at Thingiverse. 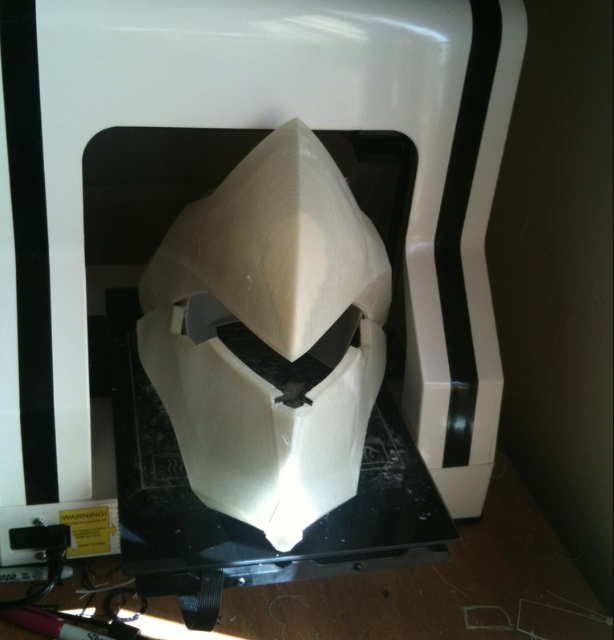 3D printed cosplay props for Halloween or cosplay events are a life saver for those who cosplay regularly and enjoy it. And just like in fashion industry, you can’t wear your cosplay props twice, right.

Thank goodness there are a lot of video games from which to get inspired. Genji helmet for 3D printing is broken down into 5 separate parts that later must be assembled and glued together. 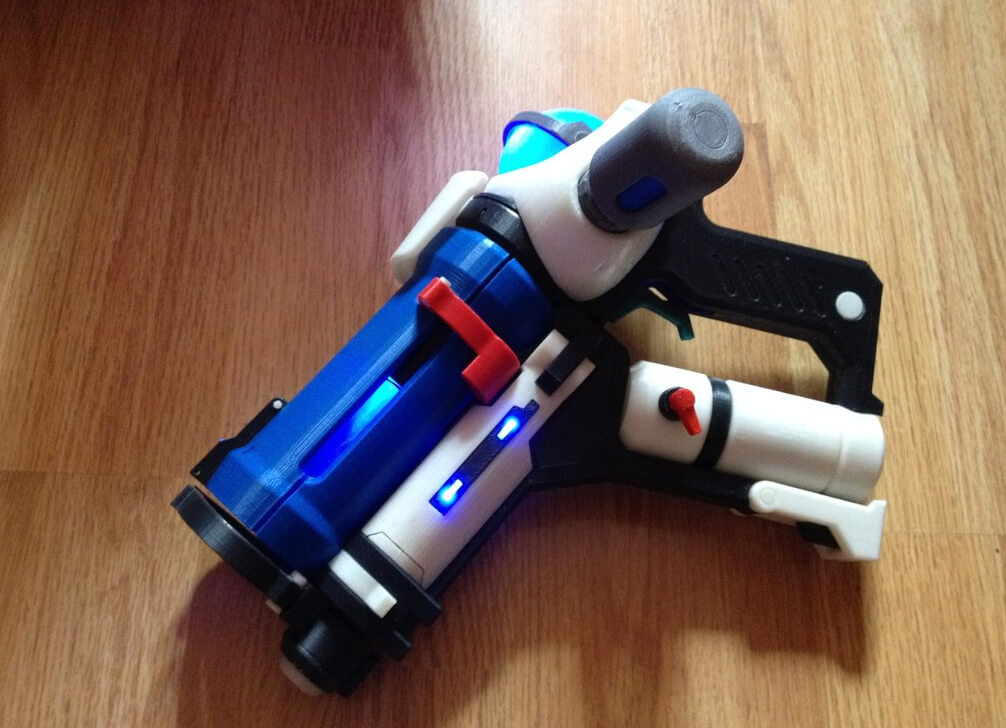 Freeze the enemy with this Endothermic Blaster for 3D printing. If you have a grudge on somebody, get revenge.

Another accessory to go into your jewelry box is the Overwatch Logo ring. You can print it with Shapeways, in a large variety of metals. The price varies depending on the chosen material, though. 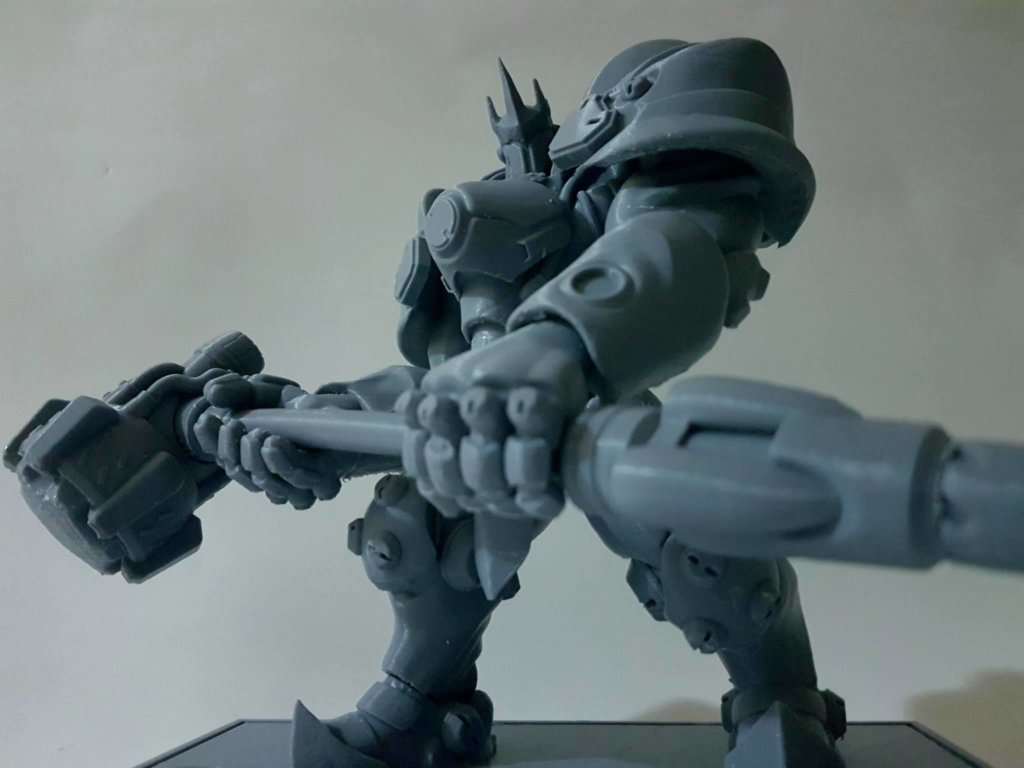 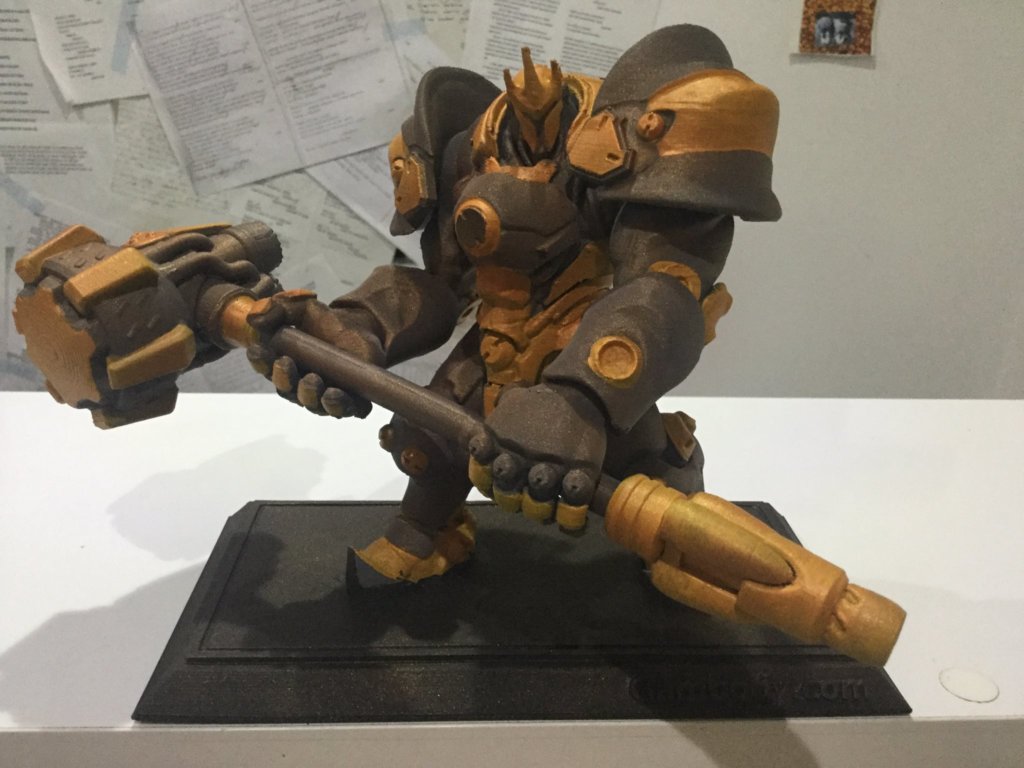 The 3D print of Reinhardt is probably one of the most impressive Overwatch 3D models available on our marketplace. To make the printing process easier, the hammer of the hero is broken down into 3 parts, which easily connect together, after being 3D printed. The model stands 16 cm tall and requires about 52 m of printing material.

Bring the Overwatch gang into the real world with the help of the 3D printing. Create or download video game-inspired 3D models.