MechWarrior video game abounds in cool robots, tanks, and other infantry, which let’s be honest, is the perfect environment for every boy and man out there.

And if you have ever got the chance to play in this engaging video game, you’re most probably one of those people who has been spending hours on end shooting and fighting from the cockpit of your bipedal BattleMech.

Long lost are the days when you could maneuver your Mech only in the video game. 3D printing is to blame.

The additive technology lets you have your BattleMech outside your computer screen. Oh, and you know what? You can customize it according to your own liking if you have 3D modeling skills. Isn’t that awesome?!

So, we’ve been rummaging through the Internet for beautiful MechWarrior 3D prints. In an honest word, people are amazing. Words can’t describe what they can do with a computer and a 3D printer.

You will say that this is not an objective opinion, but hey, you can’t blame us. The Catapult STL files have been printed into an awesome Mech by Gambody customer Alexei Bruton. 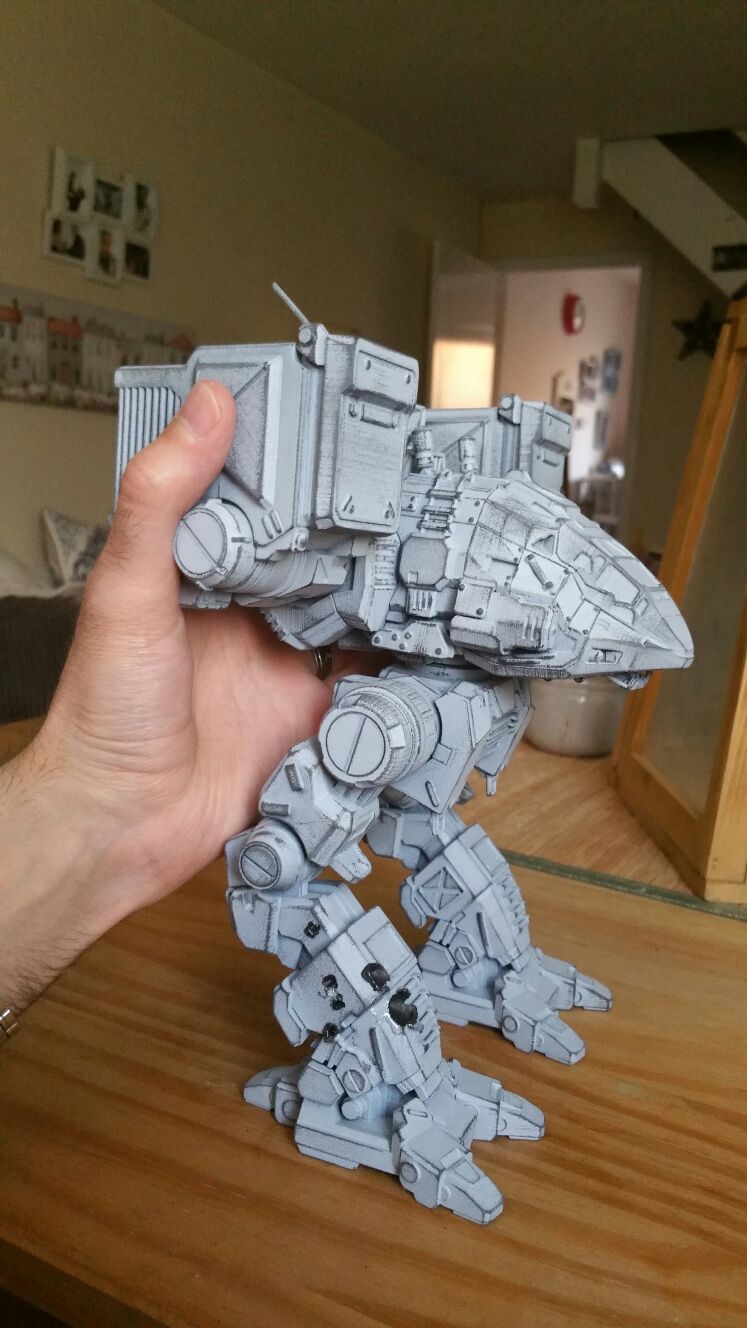 According to Alexei, the printing took about 1.5 weeks. 4 hours went for assembling the beast.

Since Alexei went and printed the Catapult, the 3D modeler improved the STL files, upding the 3D model and improving the joints to increase the workability of the model. The cockpit of the bipedal machine underwent a facelift, a nose being added, and special slot places to facilitate the mounting of additional weapons. The improved and upgraded 3D model consists of 36 parts, while the previous version numbered 27. 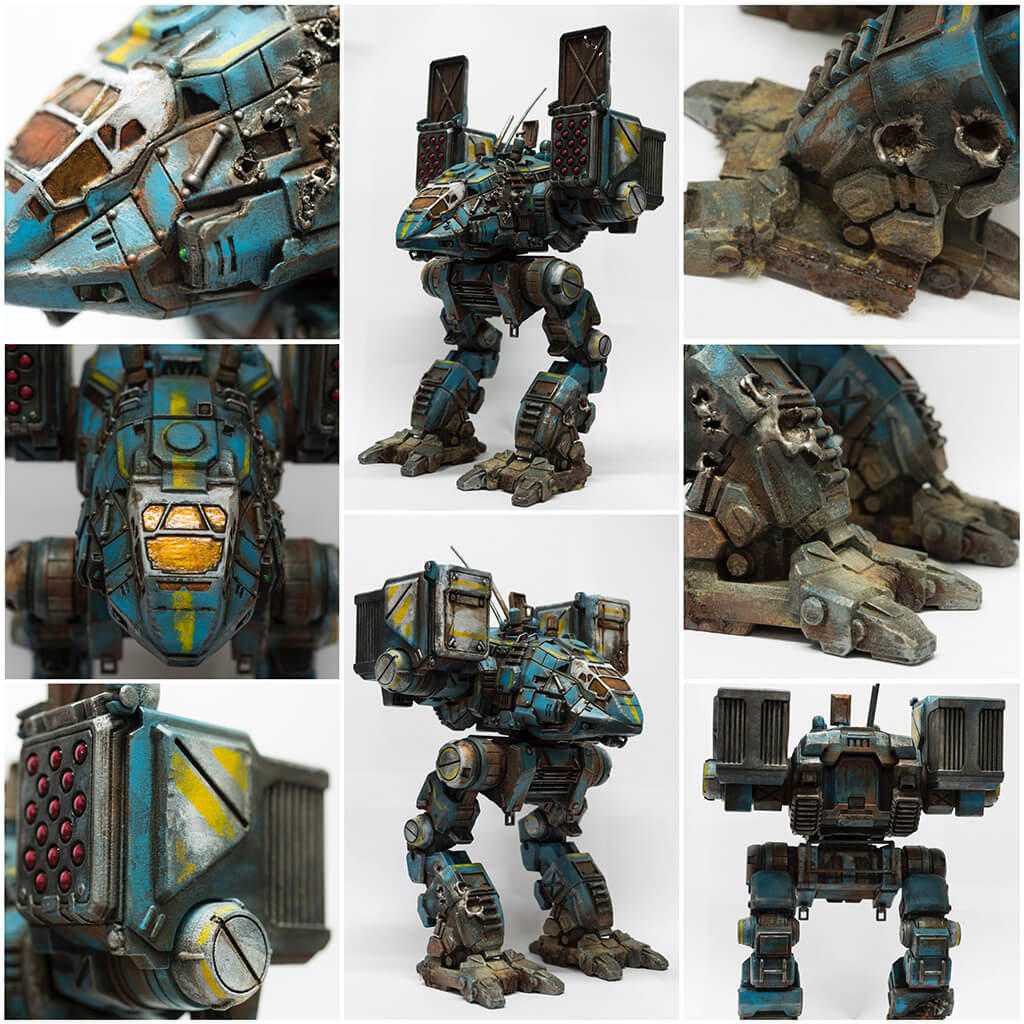 And there’s more. With the new slot places designed onto the cockpit, the 3D designer created 3-pack weapon add-ons. You can print them and attach/detach them as you like.

The printed Catapult stands 10in tall.

Redicubricks Atlas 3D model, inspired from the BattleTech Universe, is another impressive print that we couldn’t overlook. 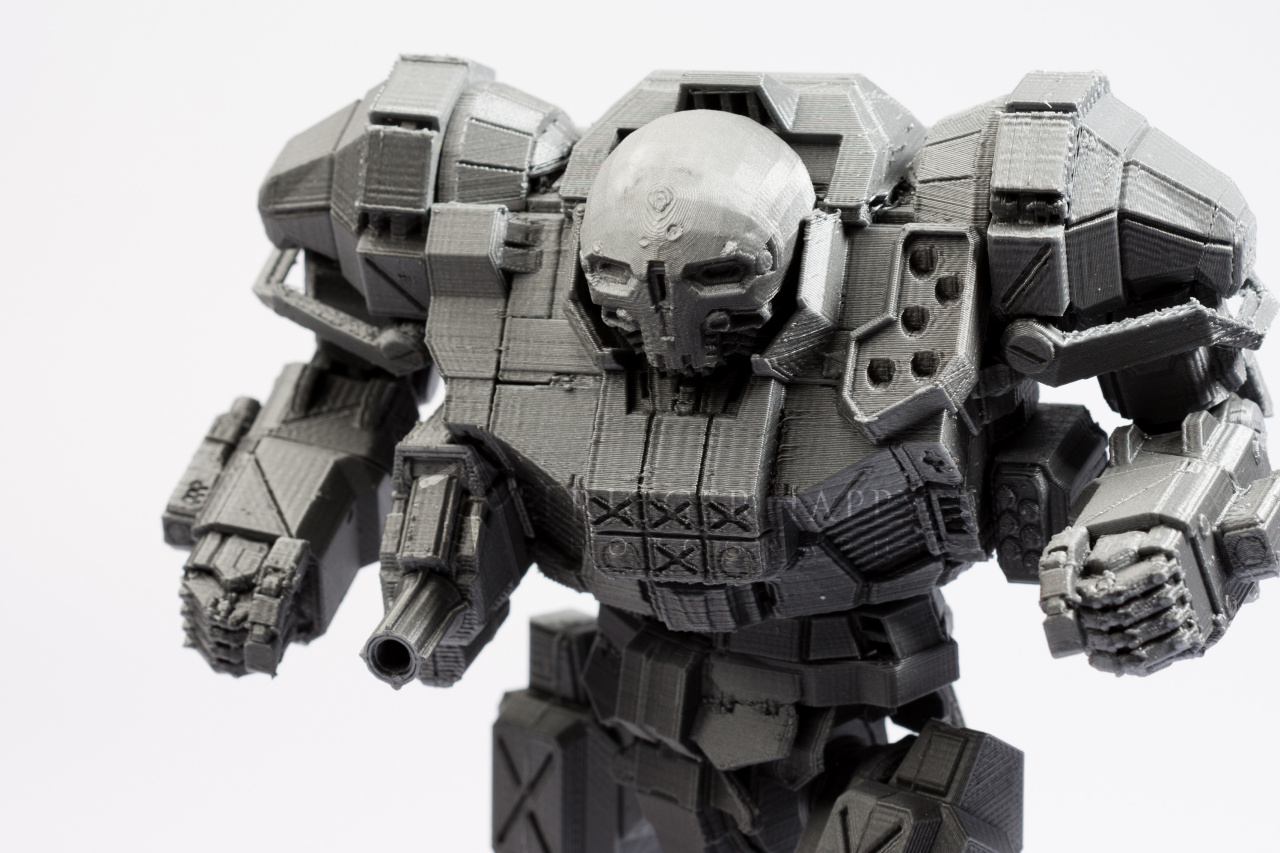 The 6in tall poseabe model consists of 30 parts. It was printed in silver PLA material. All joints are workable. It features detachable side guns.

Of 30 parts, only two are glued, from the upper torso up. 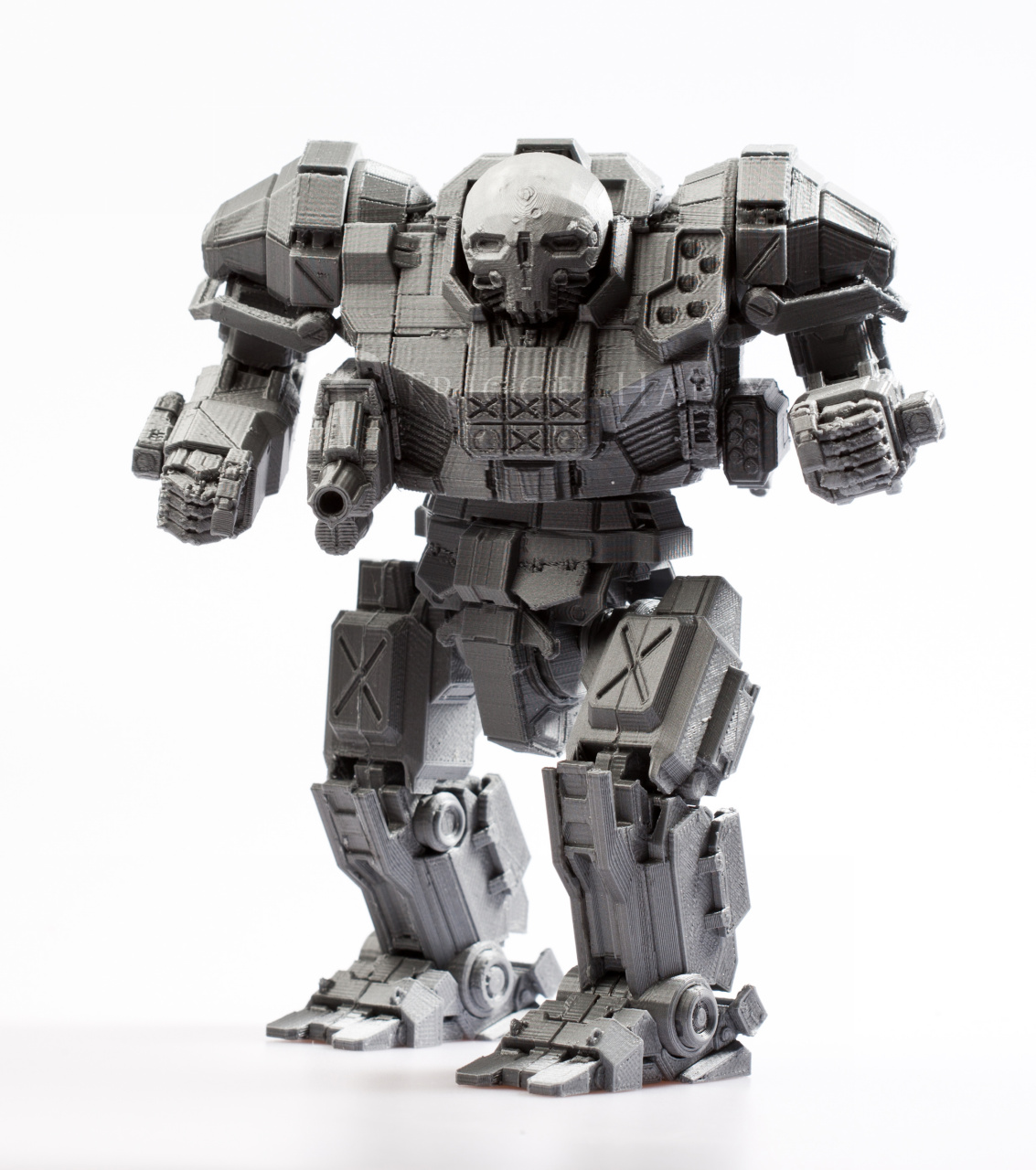 Gambody has 3D printed the Atlas that is available for sale on its marketplace. The one on Gambody consists of 49 parts and it features ball joints that contribute to the 3D model’s workability and operability. The Atlas 3D model stands on its own feet, it has a rotating torso moving arms and feet. It is 3D printed in PLA material on an Ultimaker 2 3D printer.

Below you can watch the time-lapse for the 3D printing of the model.

Also, Atlas has been painted and made great noise online, being featured by many news outlets. Here are several pictures of the painted Atlas 3D model.

Recommended for You: 3D Printing of Video Game Figures/Content

Jenner 3D print was launched in memory of a 5-year-old little girl who was a huge fan of MechWarrior Online, Jenner Mech in particular. 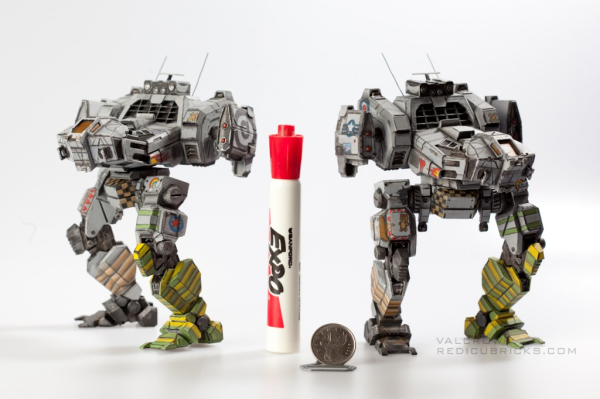 Sarah’s Jenner 3D model was designed by Valcrow and is a 1:60 scale model, standing 150mm tall. The model features workable joints and is a free-standing, poseable model.

Centurion Mech was built to ensure fire support. To honor this duty, Centurion was equipped with a heavy arsenal that allowed it to fire at the enemy at a variety of ranges.

The 3D printed MechWarrior figurine Centurion Mech is a 1/60 scale model. The designer used resin material to print it and “Yen Io Wang” colors to paint it.

Locust is known in the BattleTech Universe as the most common BattleMechs. It is the smallest Mechs that has ever been built.

The model was built for reconnaissance and quick strike missions. Its trait feature is high speed and, and its weakness is low load capacity. 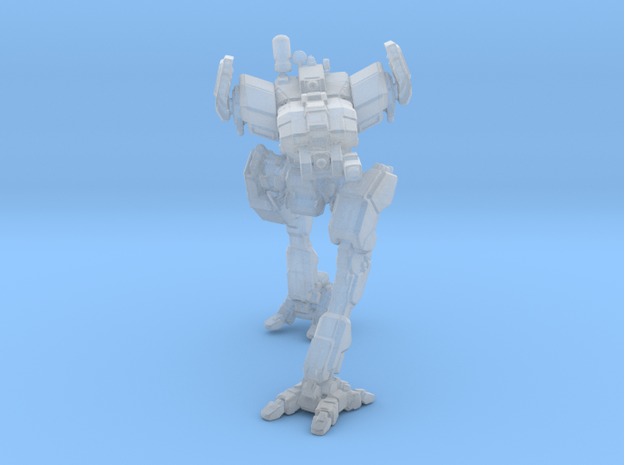 The model was designed by OmniJackal and is up for sale at Shapeways and it can make a great addition to your MechWarrior 3D printed figurines.

King Crab Mech features a crab-like torso and the crab-like claws that stand for its powerful ripping off armor tools. Although the model is not fast enough and carries little ammo, King Crab is the best close-range Mech out there.

One of Gambody’s customers 3D printed in nylon on SLA 3D printer and this is how the monster came out. 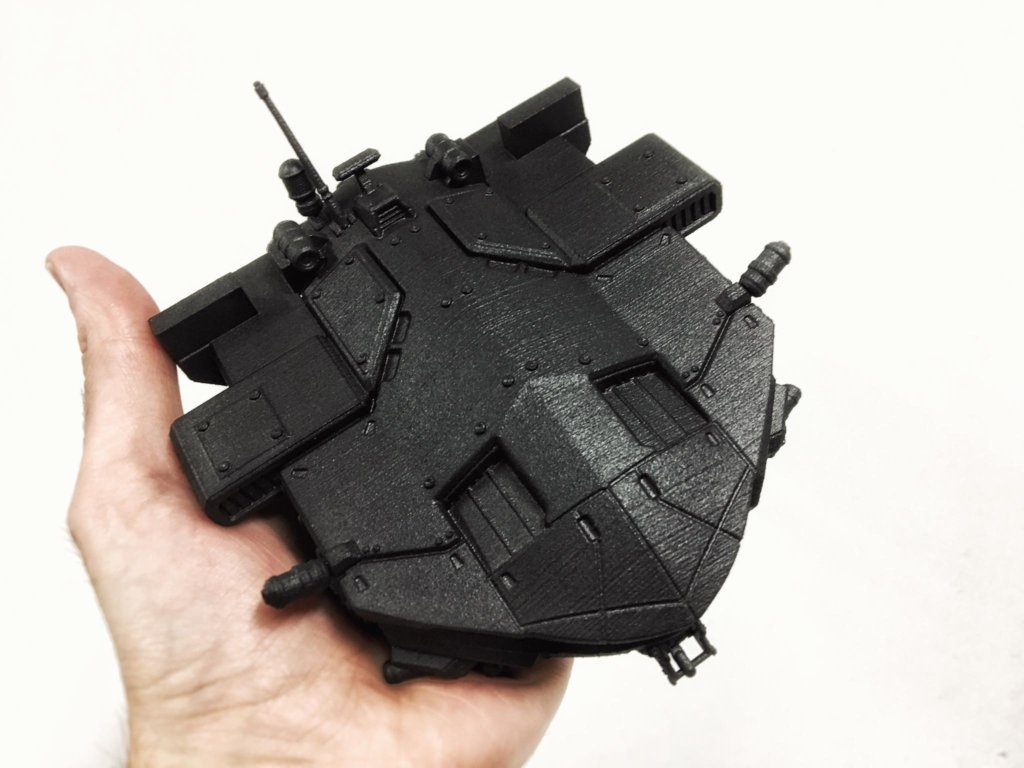 The Mech is equipped with twin shoulder-mounted missiles and lasers in each arm.

The MechWarrior 3D printed figurine of Vulture Mech was designed by MastersofMilitary. It stands 7cm tall and is 3D printed in white strong and flexible nylon, with a matte finish. 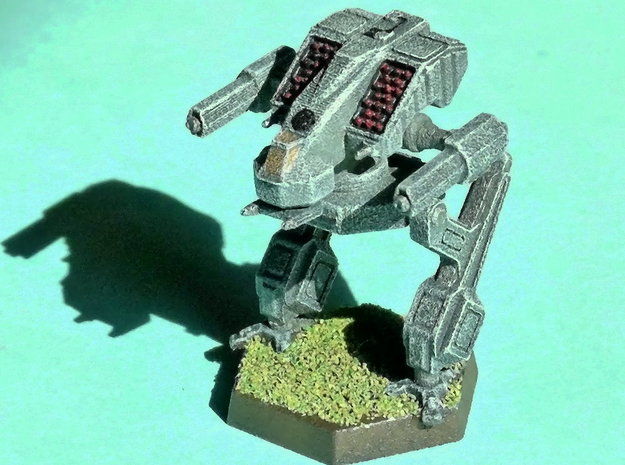 Stalker is a heavy assault BattleMech. The bipedal beast is equipped with heavy armor and weapons which enable it to handle combats at any range.

Stalker is one of the slowest mechs that has ever been built. Nevertheless, it can keep up with other Mechs and lead major fights, thanks to its firepower.

Stalker has got a 3D print reproduction by one of MechWarrior Online fans. Although the files are not available for download and print, the result is pretty awesome. 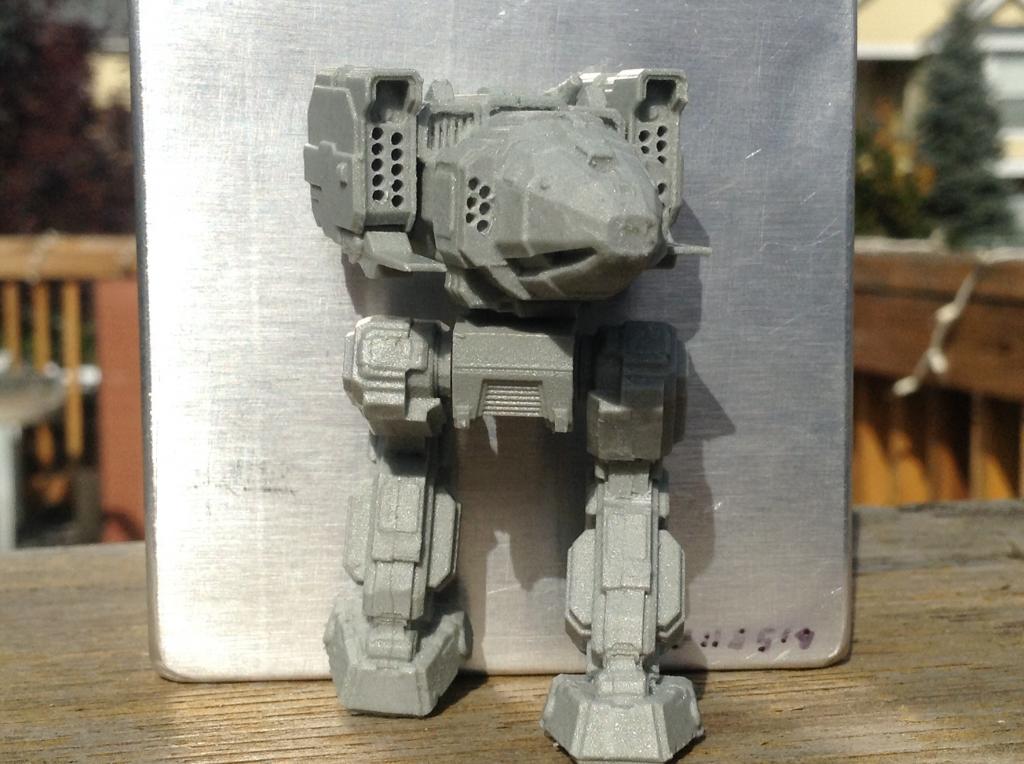 The 3D model is printed on an SLS machine in Nylon material. It is half-scaled from its original scale size. Marauder 3D model STL files can be purchased here for $29.99.

And last, but not the least, this impressive collection of MechWarrior 3D printed figurines, all at various stages of “production”. Some of them need post-print processing, other wait their turn for the painting job.

In this collection, you can see featured the Jaeger, Jester, Vulture, Nova with their painting in progress. Hellbringer, Cicada and Kintaro are still to be “worked on”. 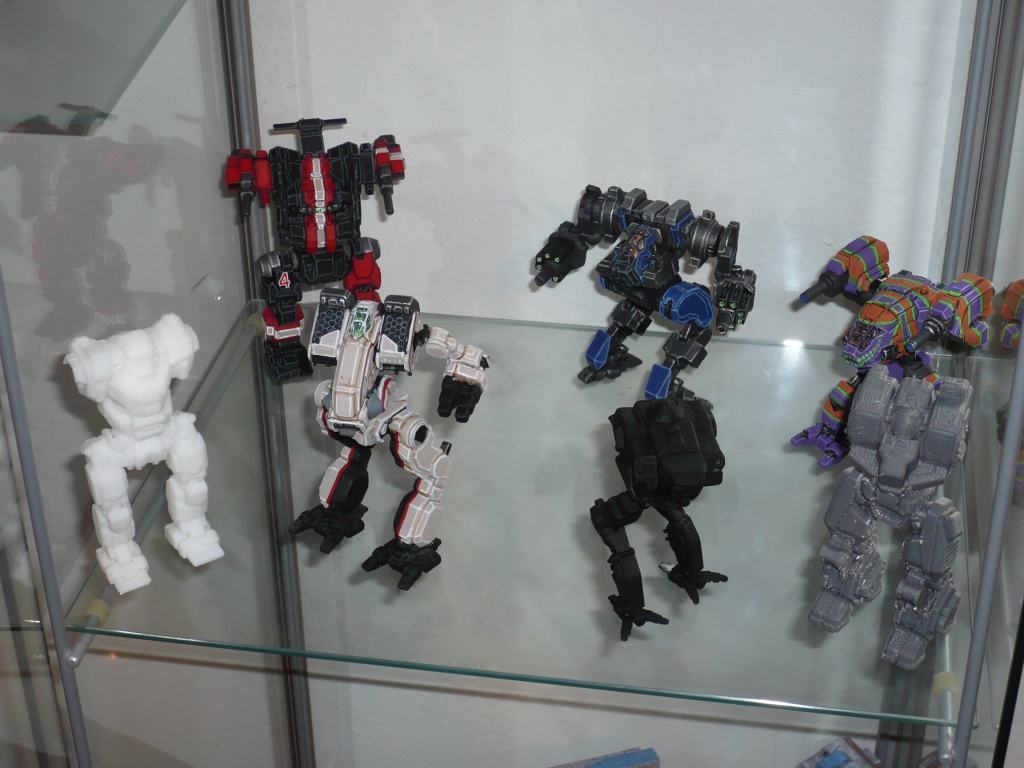 MechWarrior 3D printed figurines are very popular among gamers, and not only. It is the robotic design that is appealing and of course the opportunity to have the favorite Mech in the physical world. 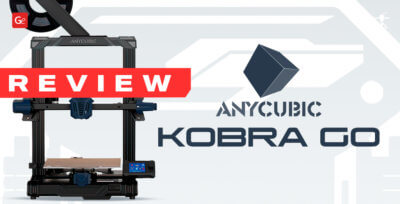