World of Warcraft 3D models are as common and sought after as any other video game 3D models. Being an extremely popular role-playing video game, it counts millions of fans all over the world who engage in cruel battles and mission in the digital universe of Warcraft.

Since the inception of 3D printing, however, the fans of the video game and folks who simply find the characters of the game spectacular in their shape and form are on the quest of creating custom made and personalised video game-inspired 3D models.

There’s a lot of inspiration to be taken from the game and fans have proven that nothing can stop them from having a WoW video game item or character in the physical form.

We compiled our top 10 World of Warcraft 3D models that dwell in the online realm. Either available for download, or simply as a personal 3D printing project, all these WoW 3D prints are awesome and deserve to be in the spotlight.

As always, the 3D models are listed randomly and the list is not exhaustive. The models presented in this top 10 are the ones that sparked our interest.

These high quality 3D models of the immensely popular World of Warcraft role-playing video game are the result of a partnership between FabZat and FigurePrints, two companies that hold the exclusive right to 3D print and sell WoW 3D models. 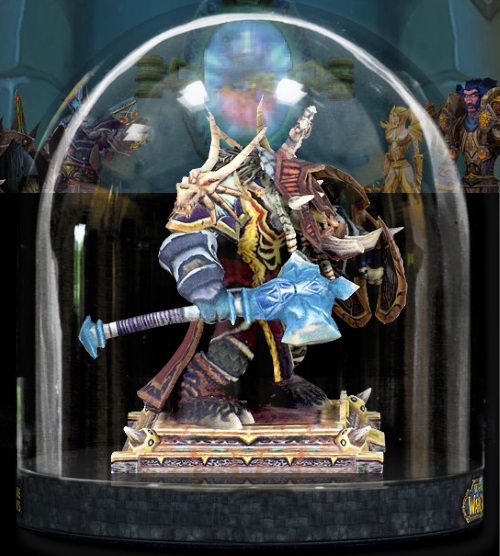 They use pioneer 3D printing solutions to recreate and customise in-game characters according to the customer’s demand. The option of outfitting the character in its original gear is available through the FigurePrints website.

The World of Warcraft 3D models are then 3D printed by FabZat using ColorJet Printing (CJP) technology which enables even the smallest detail to be recreated with 3D printing.

This user went as far as creating and printing its own World of Warcraft 3D model just because he desperately needed to have one. If you’re a video game fan, like he is, you will understand him.

He extracted the model from the video game and imported into 3DS Max. Although, extracting a model from a video game doesn’t mean that you will have quality 3D model for printing. A lot of work goes into remodelling, optimising, and making sure that the model will print without holes and that it won’t fall apart at printing.

Regardless of the effort, the end result is outstanding. Check for yourself!

The Lich King Helmet 3D print is probably one of the most iconic weapons in WoW universe. The prop is sculpted in Zbrush. The project took the 3D modeller about four full days to sculpt and design. The printing of the prop’s 14 components spread out over 100 hours. The parts are assembled together using glue and are painted to give the helmet a realistic look. 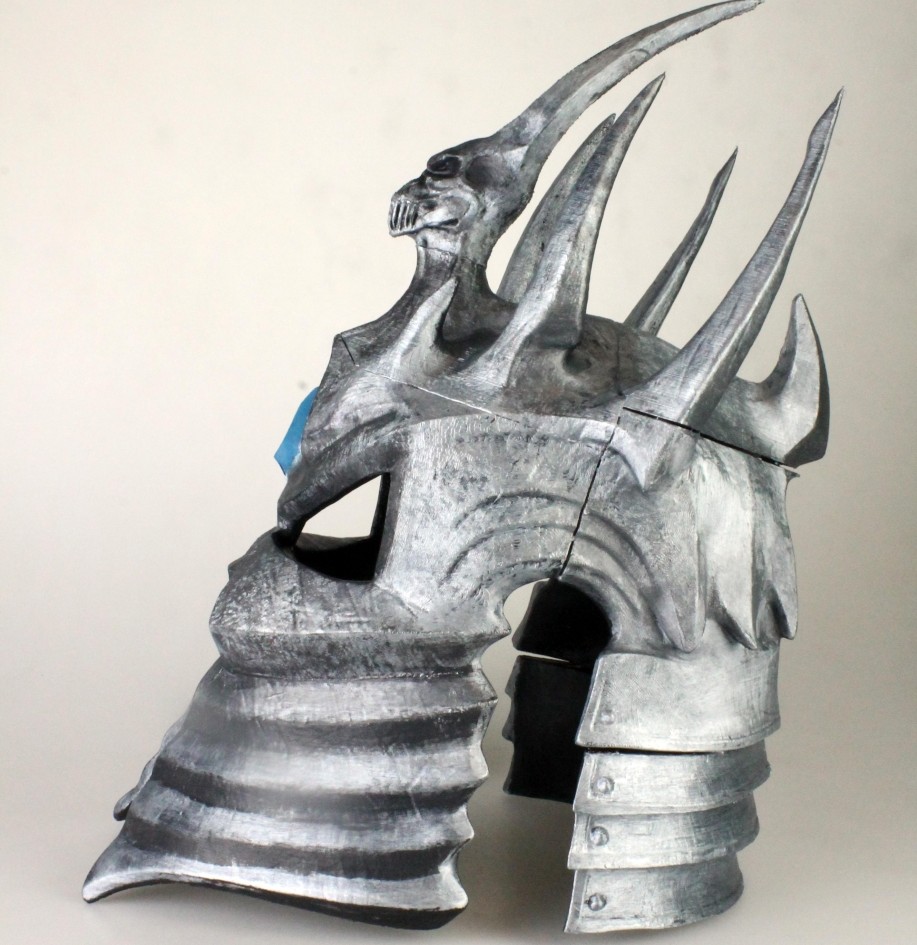 Another impressive prop, inspired by the World of Warcraft video game content. This hugely popular relic among players of the game is something every true fan dreams of possessing. Nothing is impossible, since the STL files are available for free download at MyMiniFactory. 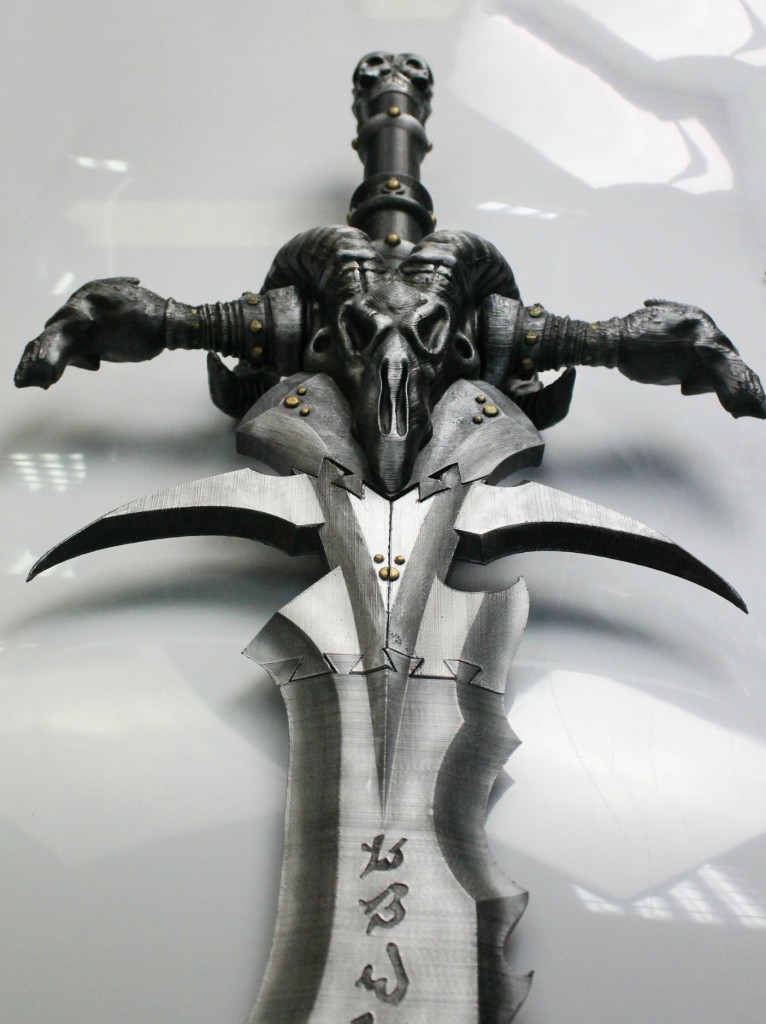 The project is a huge 3D printed 1.3 meters tall Frostmourne sword, weighing about 600 grams. The 3D model took about 50 hours to model, print, assemble, and paint. The components had been printed at 0.2mm layer height with 10% infill.

5. Blackhand Warhammer from World of Warcraft

We continue our top 10 World of Warcraft 3D models yet with another impressive prop. This time it is about the Blackhand Warhammer. This 3D print is special because it glows thanks to some LED lights and the transparent PETG windows designed into the hammer’s head.

It took about two hours to design the 3D print and another full day to print the parts. After that the 3D model was subject to painting and wiring the LED mechanism. 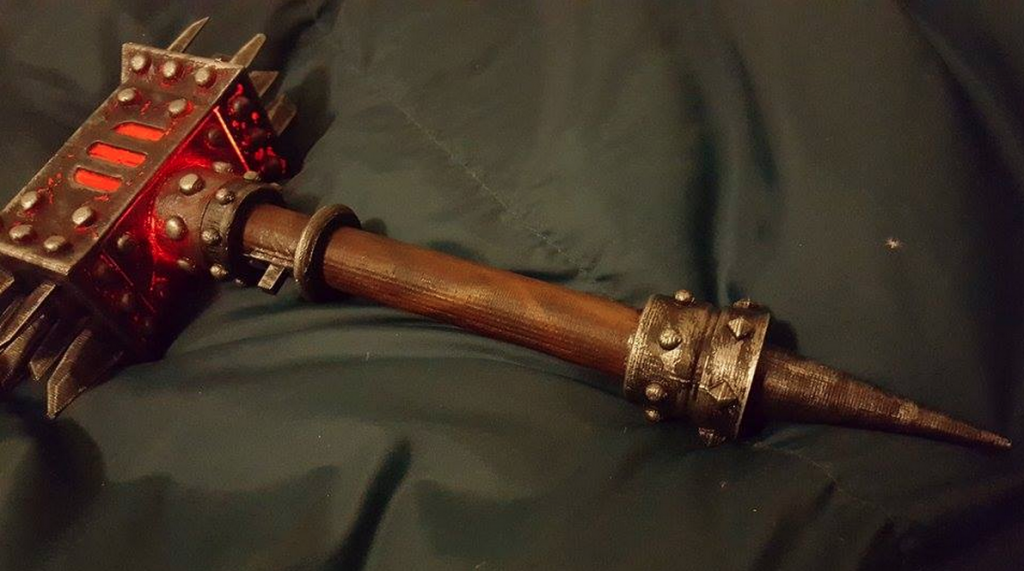 The files for Blackhand Warhammer World of Warcraft 3D model are available for download at Thingiverse.

For the avid World of Warcraft fan out there, there’s this Horde Insignia ring, which can be printed both as a ring, and as a bottle opener. The item is available for print stainless steel, in US ring sizes 5-13. 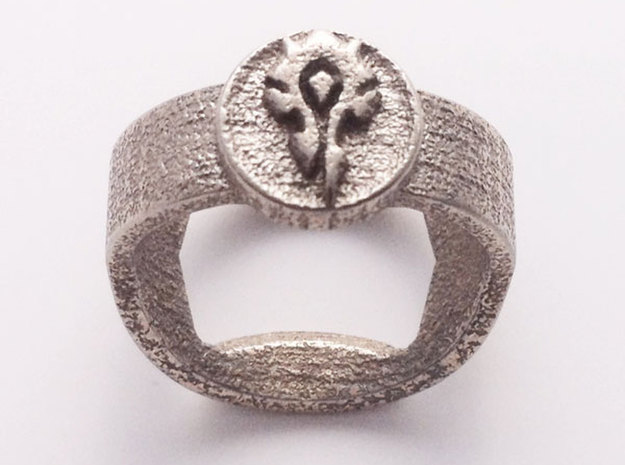 How about opening a bottle in WoW style?

Now, this is something even a girl would be glad to print. It is very neatly designed, and the pendant itself is pretty awesome to wear it with a cool outfit.

If you’re a girl, but don’t know anything about World of Warcraft, this pendant is an accessory that you should grab and hold. 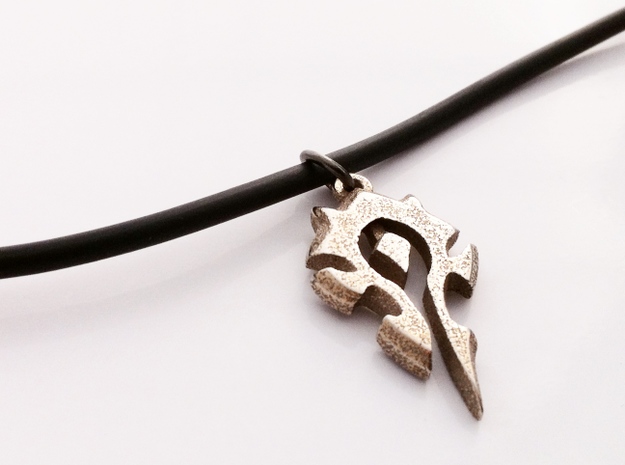 The 3D model of the self-proclaimed Lord of Outland and the original leader of the Illidari demon hunters. Appearing in the World of Warcraft series, this character 3D model will find a spot on your shelf or desk, as a souvenir or collectible.

Watch below the printing and assembly process of the 3D model:

The files can be downloaded here.

This cosplay item inspired by the Anathema Staff from World of Warcraft took the creator more than half a year to complete. Now this is true perseverance.

The staff is 1.8 meters long and features LED crystal inserts that glow at night. 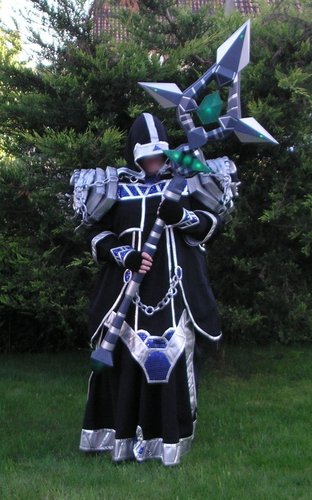 The files for one of the most awesome World of Warcraft 3D models can be downloaded at Pinshape.

The Lich King figurine for 3D printing is one of those World of Warcraft 3D models that a true fan will have in several copies.

Here’s a time-lapse into the printing of this figurine.

If you haven’t found one of your favourite World of Warcraft 3D models in this list, don’t be shy. Turn on your computer and start modelling one yourself. Make it great, and maybe it will find a place in one of our future top 10s. Good luck!