This week’s roundup is about Mass Effect 3D models.

Mass Effect is a science fiction video game that puts the player in the middle of the fictional version of the Milky Way of the year 2183. The video game revolves around a soldier – the Commander Shepard – who has the difficult task to save the galaxy from Reapers, a mechanical beings race.

So far, there have been released three Mass Effect video game installments that have been hugely popular among gamers with a fourth one in the making that is expected to hit the market in 2017.

Until the next installment, though, here’s a roundup of some of the best Mass Effect 3D models.

If you’re just starting to get to the grips with 3D printing, start by printing a miniature action figure of Garrus Vakarian Mass Effect video game. The files are available for download on Thingiverse for free. As reassurance of the 3D model’s printability, the user who created the files, managed to print them and assemble. And here is how the Garrus Vakarian Mass Effect 3D model looks. 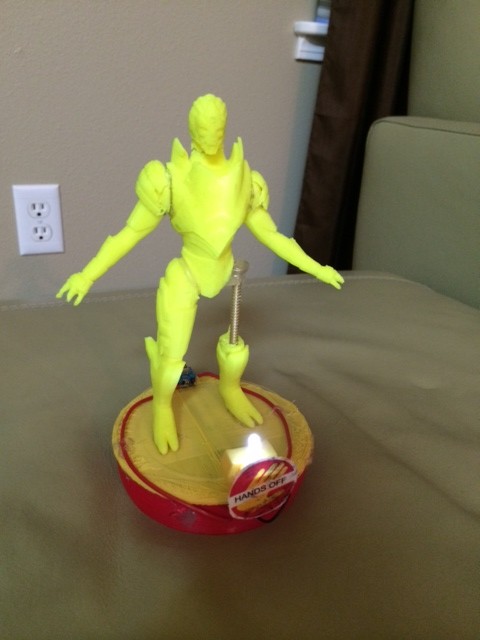 Very often the protagonist, Commander Shepard, has to make use of the M8-Avenger assault weapon to take down his foes.

As one of the most famous weapons in Mass Effect, M8-Avenger rifle couldn’t have escaped one 3D designer’s will to have it in 3D printing form. The French 3D modeler created a 30-part 3D model, which he 3D printed and painted just like the video game prototype. 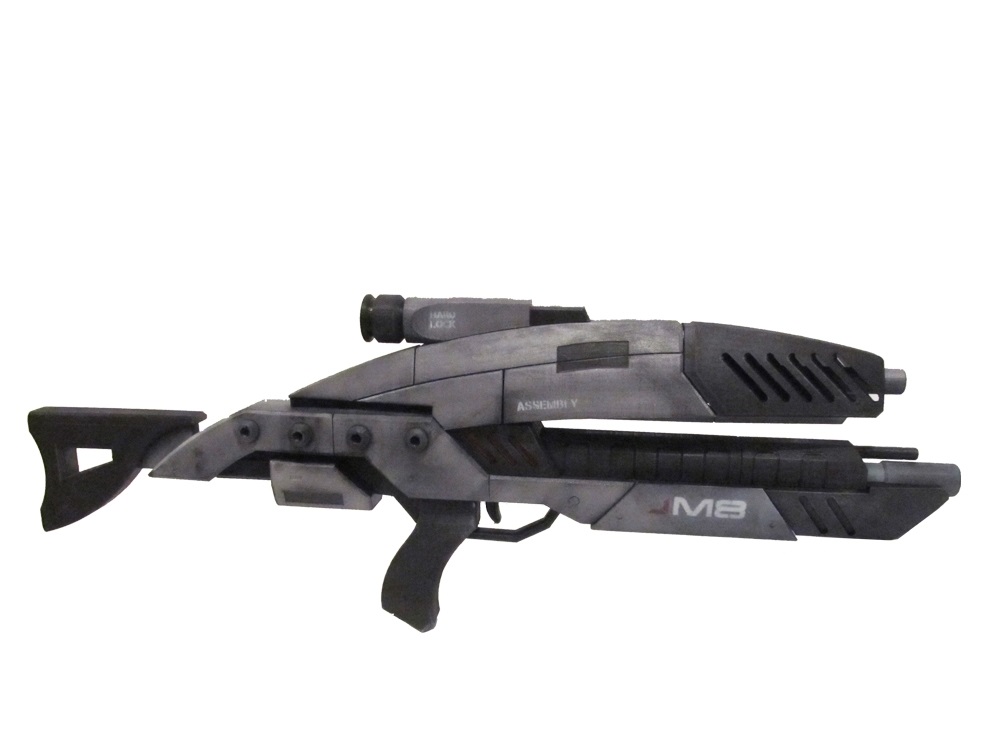 It is recommended to use glue with the pins, to make the 3D model stronger.

If you want to give it a try and 3D print it, here you can get the files.

The good thing about being able to 3D print things and items from video games is that you can use them as props for cosplay. Mass Effect 3D models are no exception.

This Geth Rifle is perfect to make an impressive appearance at a cosplay contest or reunion. 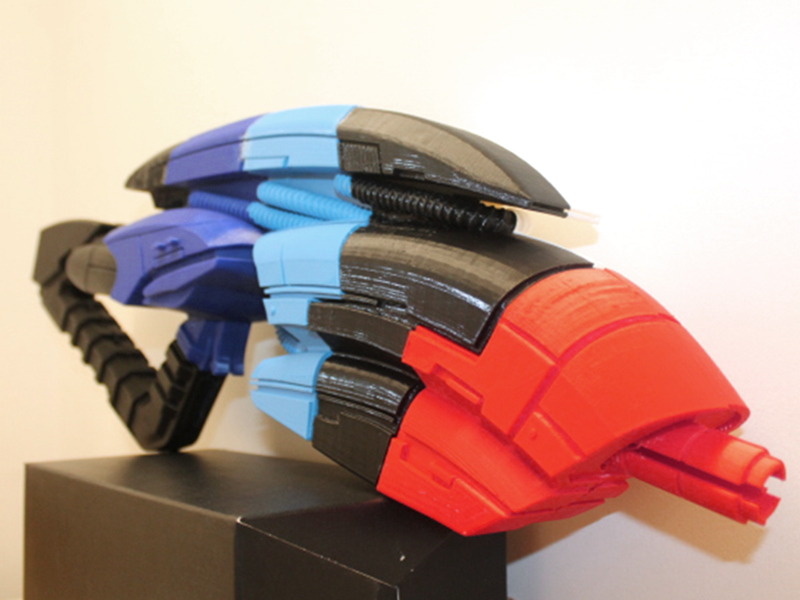 Mass Effect 3D models are represented not only by rifles for cosplay but also by busts of the video game races and species. One such race is the Salarian. 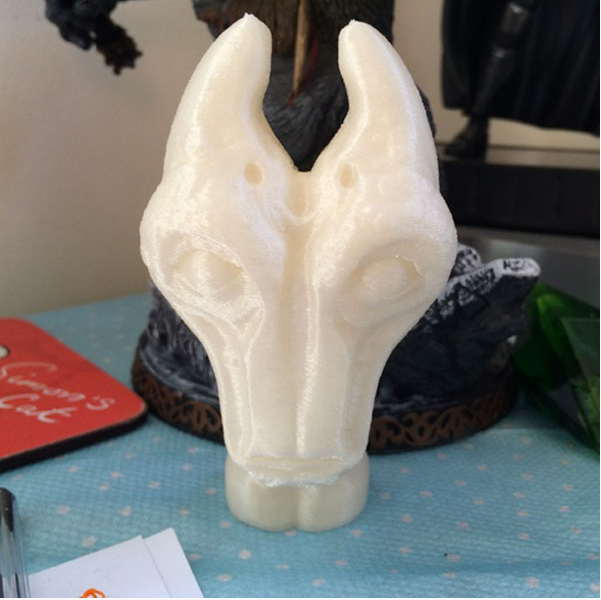 To 3D print the bust, you will need 13.7g of printing material and about 69 minutes only. Warm up you 3D printer now, because the file can be downloaded for free at MyMiniFactory.

One of the no cosplay-related Mass Effect 3D models is that of N7 Commander Shepard. The 3D model prints in 4 separate parts which are later assembled. The 3D model requires from 380 to 760 minutes and 48G of material to 3D print. 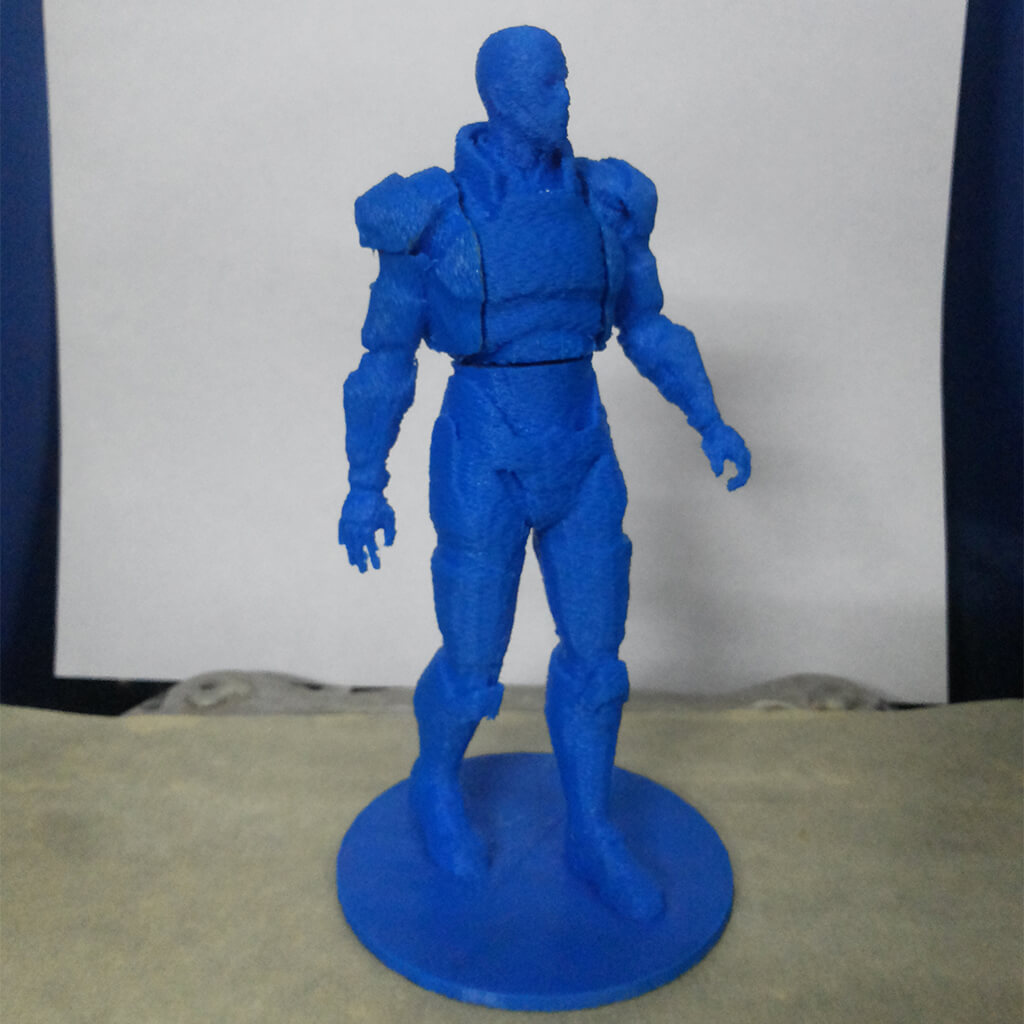 There are never too many Mass Effect 3D models. Even though we have talked about the Resurrected Garrus Vakarian, this one is a new representation of the video game character. 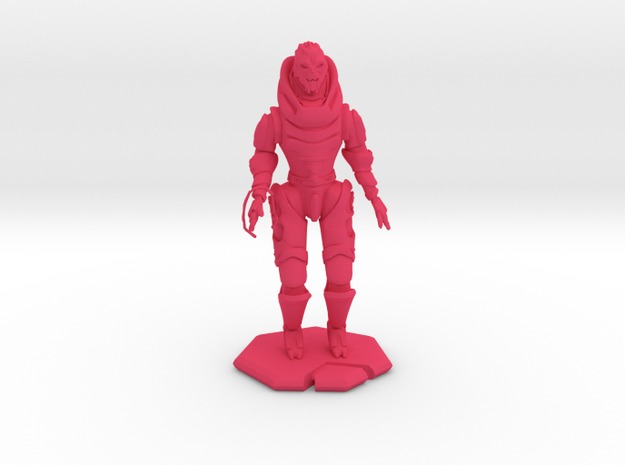 The 3D model can be purchased at Shapeways and the price varies depending on the material to 3D print it.

If Mass Effect 3D models target more the male part of the Earth, this Mass Effect pendant could be a great accessory for girls. The pendant can be printed in any precious material, and the price depends on the material you chose to have it 3D printed. 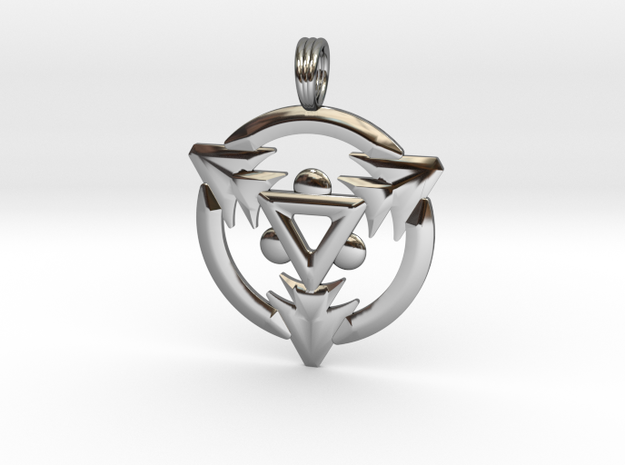 The Mass Effect pendant can be purchased here.

The 1/2500 miniature of SSV Normandy SR1 is perfect for those who collect video game miniatures. The model is 3D printed in translucent plastic and stands 6.2cm tall only, but features fine and intricate detail. 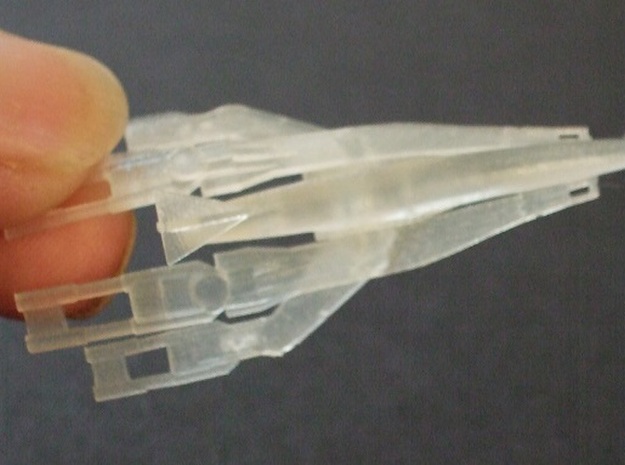 You can get your hands on this great ship at Shapeways.

Another accessory for 3D printing is the Commander Shepard ring. The ring is customizable, with the outer and inner message, and is available in size 18. The ring file can be downloaded at Thingiverse. 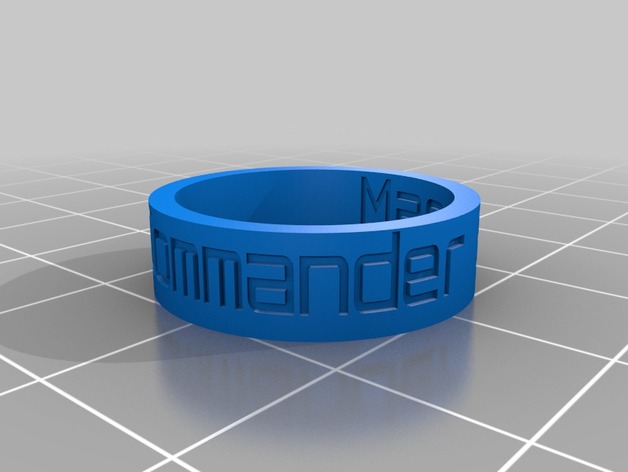 Cosplayers, rejoice! If you’re a Mass Effect fan, this Garrus Vakarian 3D printed and painted mask will leave you speechless.

It is designed by Red Nebula Studios and painted by Galaxara.

We’re amazed at these impressive Mass Effect 3D models that people design and recreate with a 3D printer and some paint. 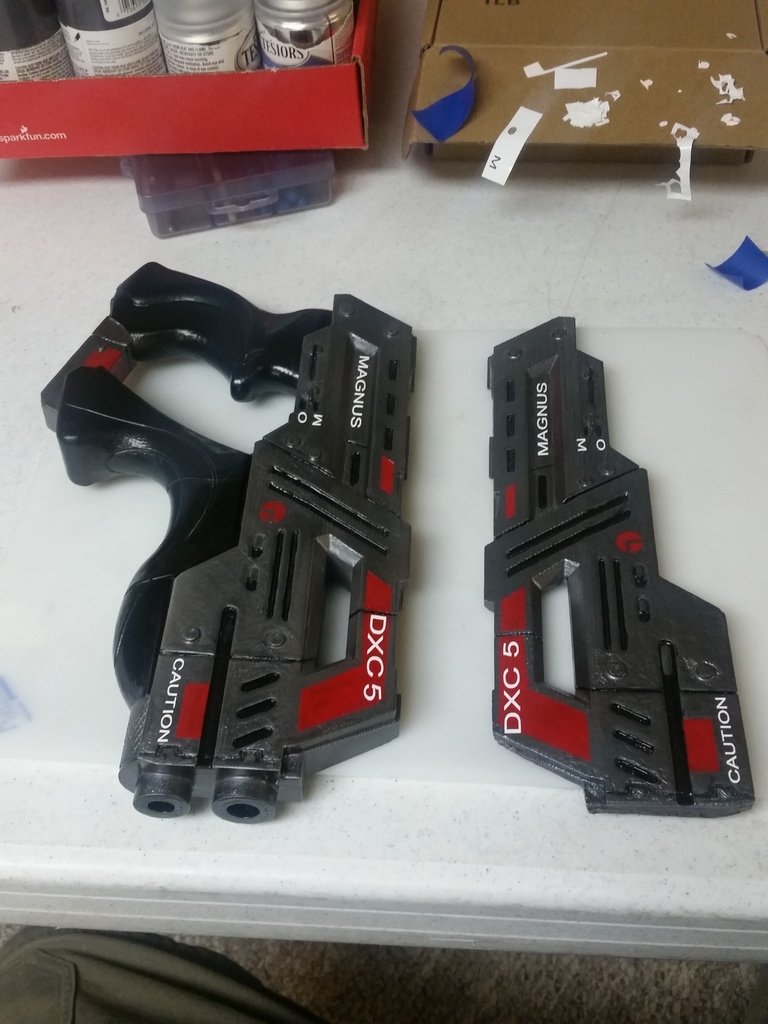 This item can make you stand out from the crowd at any cosplay reunion or Comic Con event. 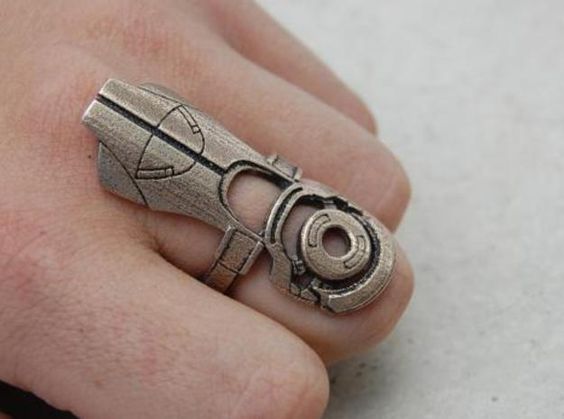 Because accessories are never too many.

Mass Effect Legion character can now be 3D printed on your desktop 3D printer. The model features accurate fine and intricate details and can be downloaded in a single STL file. 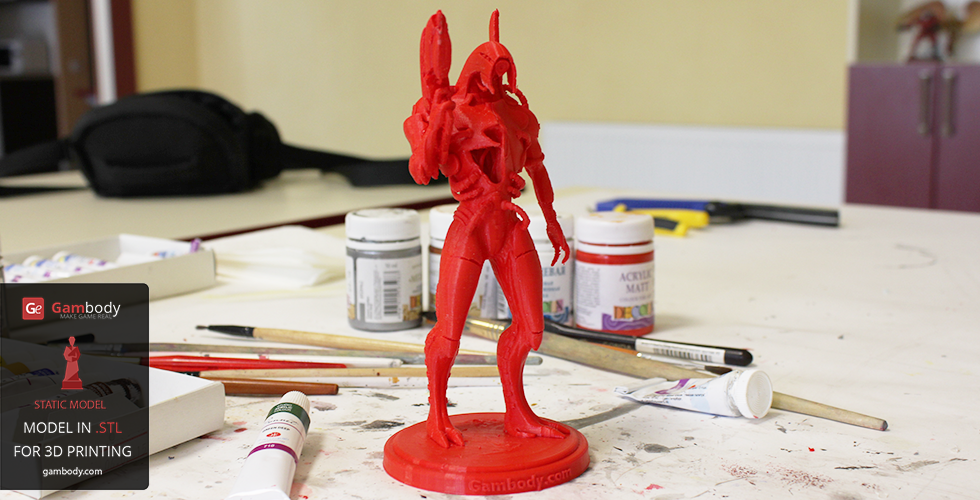 Legion 3D model is one of the two Mass Effect 3D models available on Gambody. The 3D model has been 3D printed in PLA on Ultimaker2 3D printer and painted with acrylic paints. 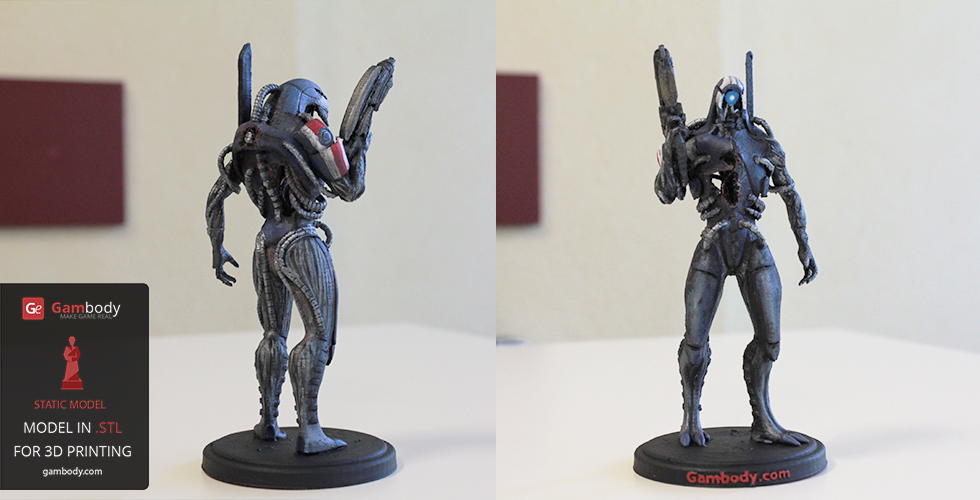 The file can be purchased here.

The last, but not the least Mass Effect 3D model for this roundup is a reproduction of the Female Shepard character. There are two different representations of the video game character: with and without the helmet.

The 3D models are provided with a support base to facilitate their display on the shelf or desk. 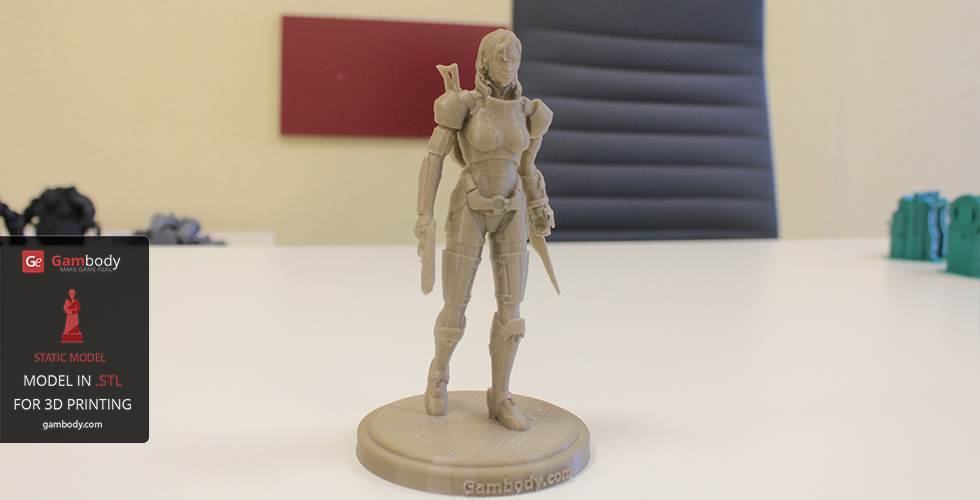 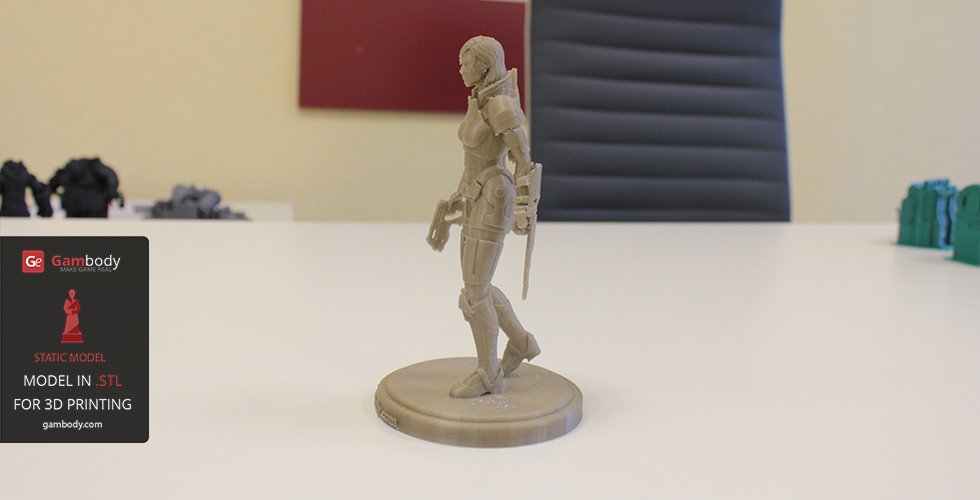 The 3D printing files for Mass Effect 3D models of Female Shepard can be downloaded at Gambody.

Get your hands on one of these Mass Effect 3D models and start printing it. Who knows, maybe this will be the beginning of a beautiful collection of 3D printed models.

Introducing a New Website Feature: Download Some STL Files of the 3D Model for Free to Test the Quality 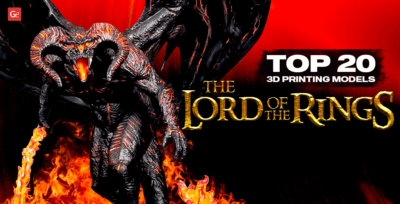