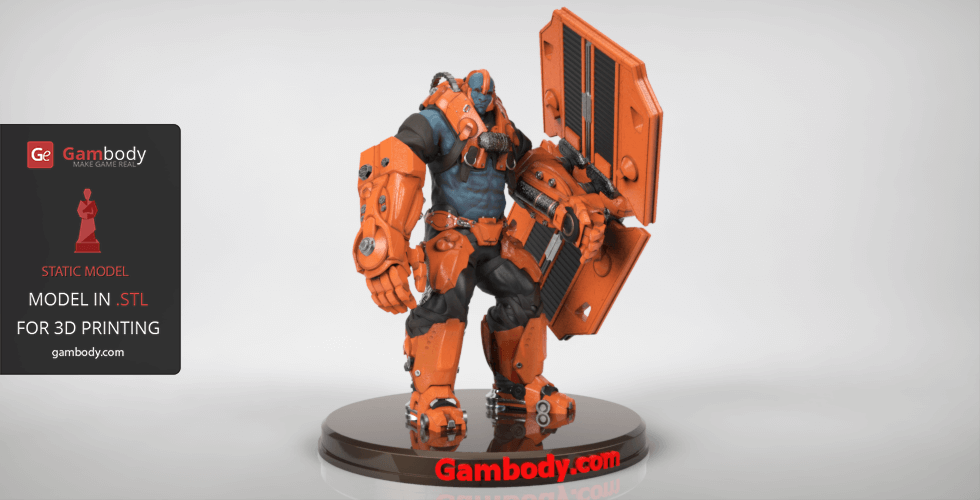 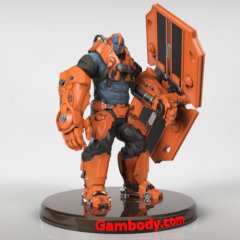 type Paragon by George D.
$19.99
Paragon category hosts all heroes and villains from largely played multiplayer online battle arena. Such characters as Steel, Twinblast, Gadget, Murdock, Dekker, Feng Mao, Rampage, Muriel and many more will put you in the middle of an epic fight, encouraging you to make use of all your power and wit to escape from the enemy. Strategic choices will help you cheat the foe.

The 3D printable models displayed in this category are inspired from epic and adventurous video/computer game, comic books, and etc., with ever increasing popularity among game fans. Being known for their courage, fearlessness and intelligent fighting moves, Paragon heroes already have a large fan base among gamers.

Their exceptional abilities lead them to victory and help them escape damage in the most dangerous situations. With impressive graphic design, these 3D printed models replicate accurately all the video game characters’ details, with the 3D designers’ personal approach to their appearance.

You will have the opportunity to have Paragon characters in physical form, in all their glory. Static or in assembly form, the 3D printed models will be the perfect addition to any gamer’s collection. Whether used for board games, or simply displayed on the shelves or desktop, you can have control of the action like you’ve never experienced before.

Get involved in imagining adventurous quests and combat assignments, involve all your 3D printed heroes and villains, invite your friends over to your place, deploy your fighters on dangerous fighting scenes, and feel the rush of adrenaline from every action, kill, and victory beyond your computer screen.

Download now the STL files for our range of Paragon heroes in this category and start on a new adventure.