LoL 3D models are sought after on the Internet. The video game the 3D models are stylized according to is the League of Legends, frequently abbreviated LoL by players. It is also a well-received video game, with 78% score awarded by the Metacritic aggregator.

In the video game, the players control characters, called champions, with unique abilities, which increase or are achieved if the player moves up in the level ladder. With a new level achieved, new special abilities are unlocked.

The LoL Universe is a 3D dimensional online battle arena. And now, a 3D dimensional champion from that Universe can be made in the physical form, using a 3D printer and a little bit of sculpting in a 3D modeling program.

The list below presents 12 LoL 3D models found in the realm of the Internet, on various 3D models hosting websites. The 3D models’ STL files can be downloaded for free or are sold for a fee. From low to high-poly LoL 3D models, everyone can find the champion he likes the most.

From low to high-poly LoL 3D models, everyone can find the champion he likes the most. 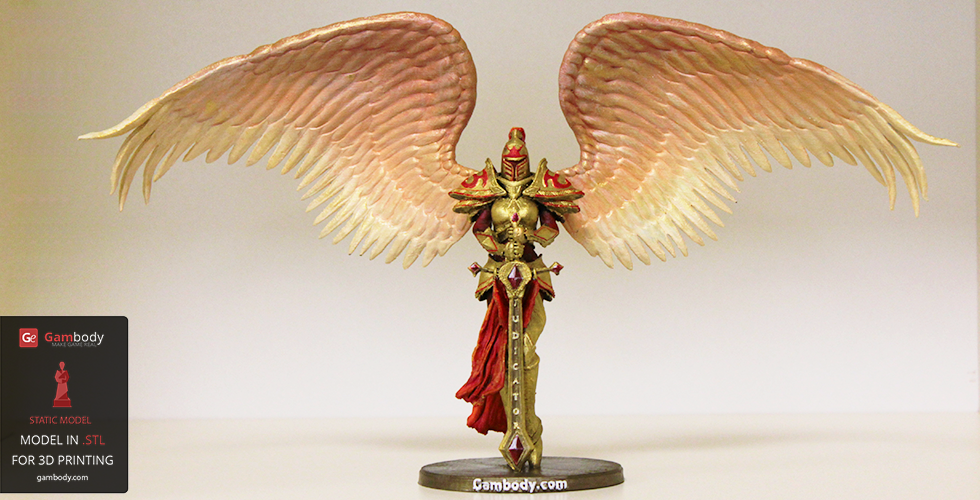 Kayle is probably one of the most beautiful 3D models that are available at Gambody. The warrior hides her face under a helmet and her delicate spirit beneath her armor.

The 3D model is created in Autodesk Maya modeling program. It is broken down into 3 separate parts: 2 wings and the body. 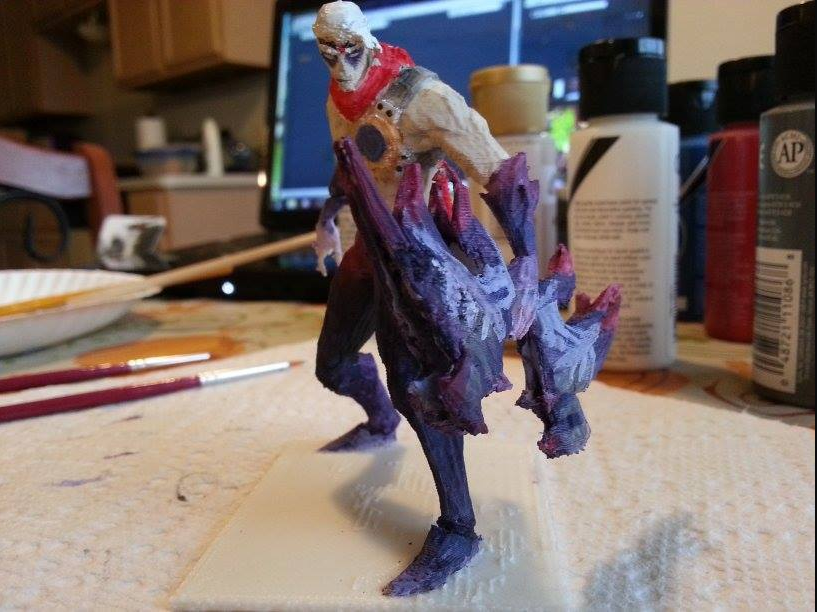 According to the maker, the 3D model of this champion from the League of Legends video game is simply extracted from the video game and converted in STL file. The maker didn’t edit the files but made them available as were.

The files can be downloaded for free at Thingiverse. 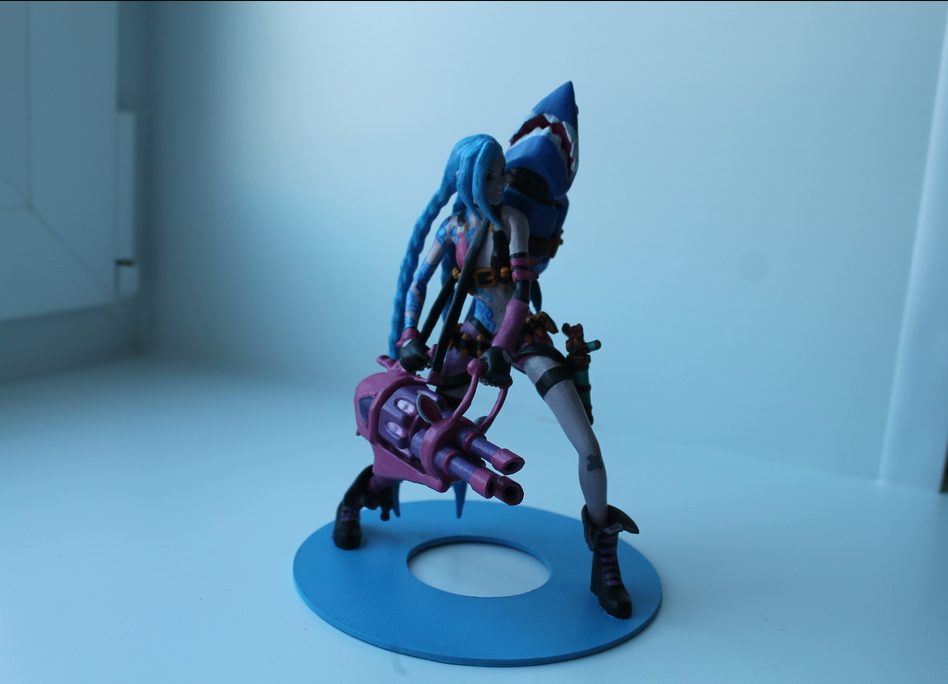 The STL file for Jinx is included in the League of Legends Champions Compilation. The 3D model is 3D printed and painted by Minerva712, a Thingiverse user. 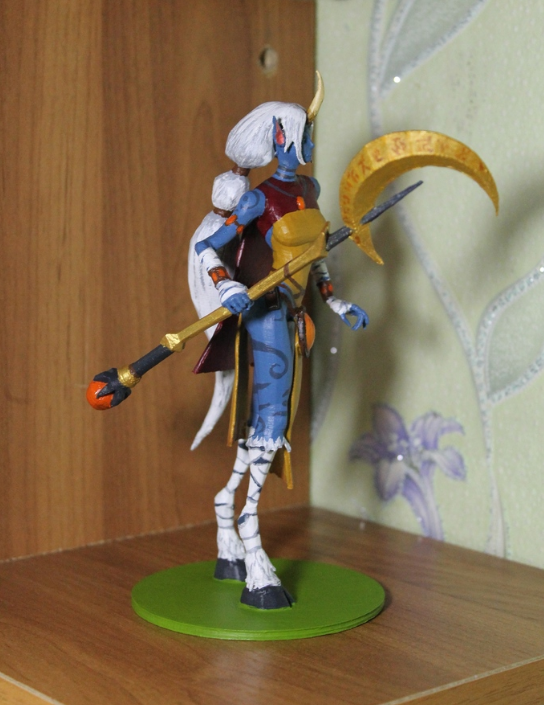 Also as part of the League of Legends Champion Compilation, Soraka is a low-poly 3D model, created from the extraction of files from the video game, without being edited. 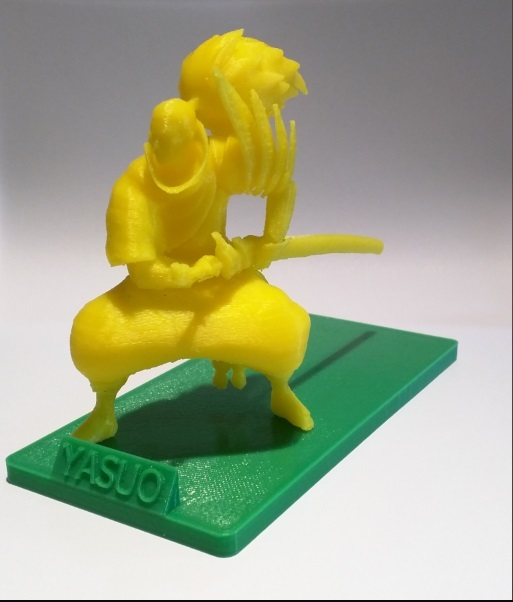 Yasuo 3D model was printed by DaHai8. According to him, the model 3D printed for 6 hours and another 8 went for cleaning him.

For a better result, the maker recommends printing the champion using support and rafts. 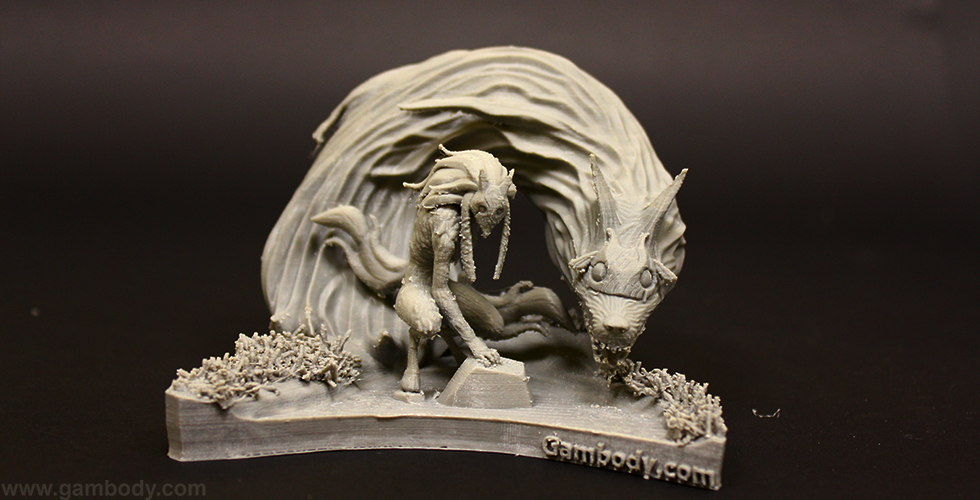 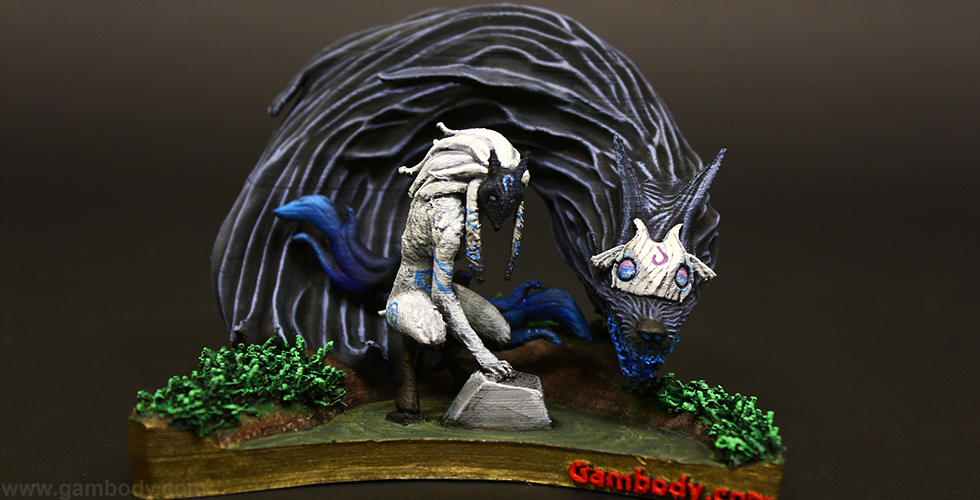 Kindred 3D model consists of two characters: the lamb and the wolf. You can download the file in STL format. The model itself is sculpted in Autodesk Maya and the file is checked and corrected in Netfabb.

Kindred League of Legends 3D model file costs only $24.99 and can be downloaded here. 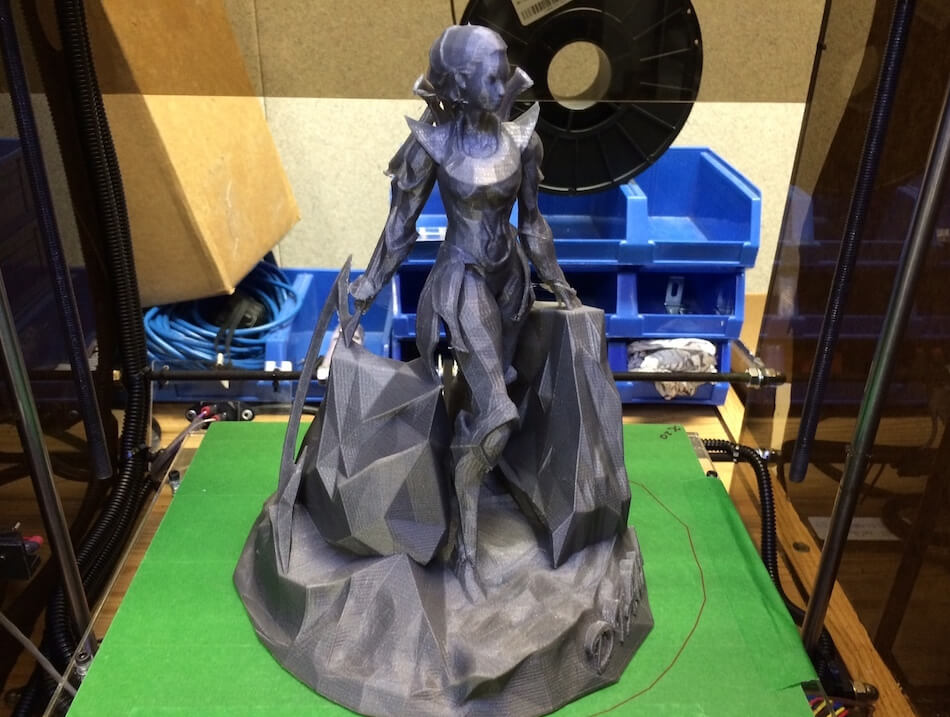 The maker of Diana 3D model from the League of Legends prides that the figurine prints without support, except for the chin.

Diana 3D model will print better at 150% and higher.

The files can be downloaded at Thingiverse. 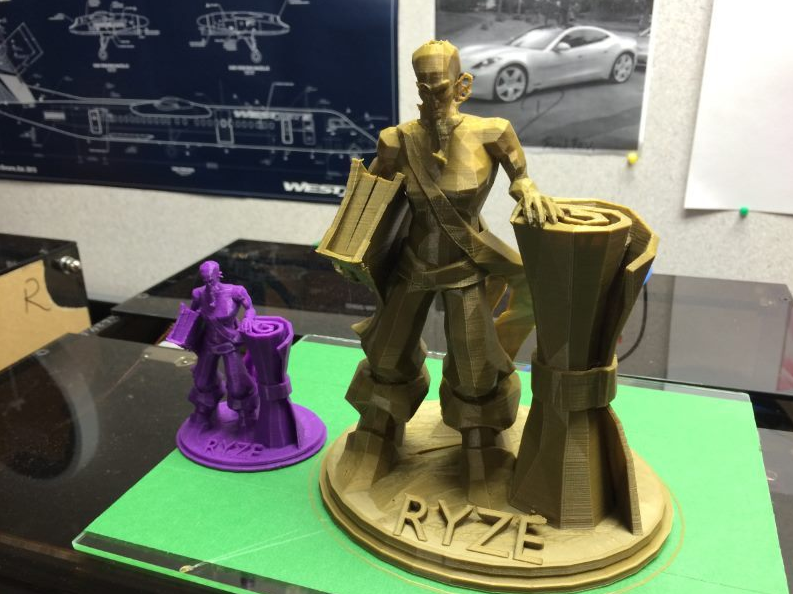 Ryze champion for 3D printing prints well at 0.2mm layer height and 10% infill. It requires no support, which is a bonus for those who don’t fancy cleaning 3D prints. 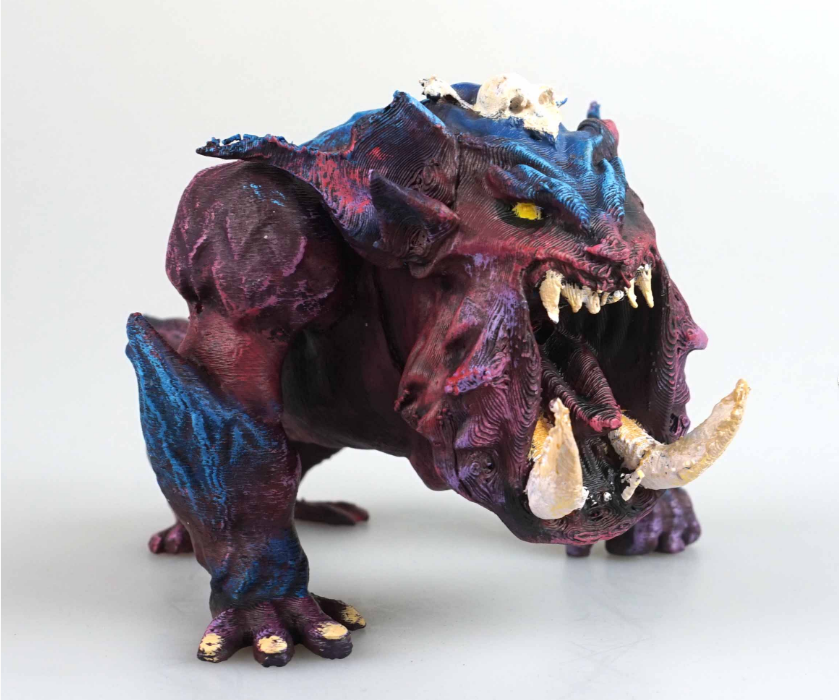 Gnar is a cute creature in the world of the League of Legends. He throws his boomerang until he transforms into Mega Gnar.

When in the Mega Gnar skin, the character transforms into a furious and strong creature, with incredible abilities.

The LoL 3D model will print for about 840 minutes and will require 74g of printing material. The files are available at MyMiniFactory. 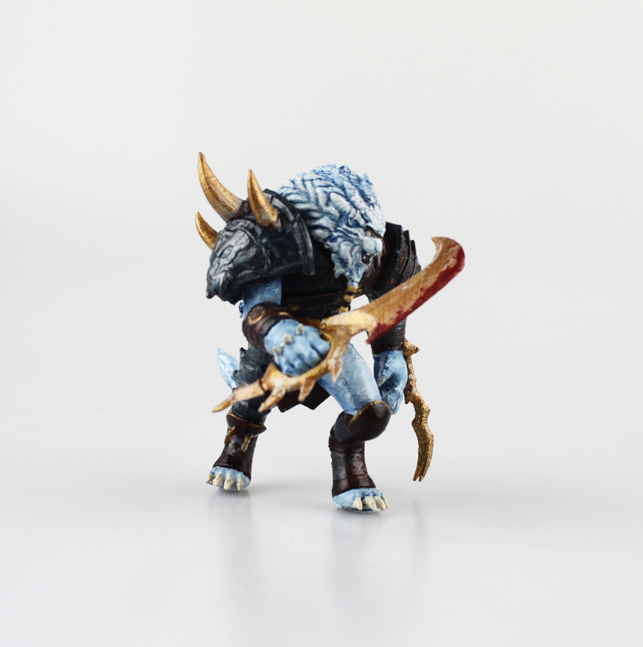 Rengar hangs heads, horns, claws and fangs of the most lethal creatures in Valoran like trophies on his walls. He is a skilled hunter, who got trained by his human raiser.

Rengar STL file can be downloaded here for free. 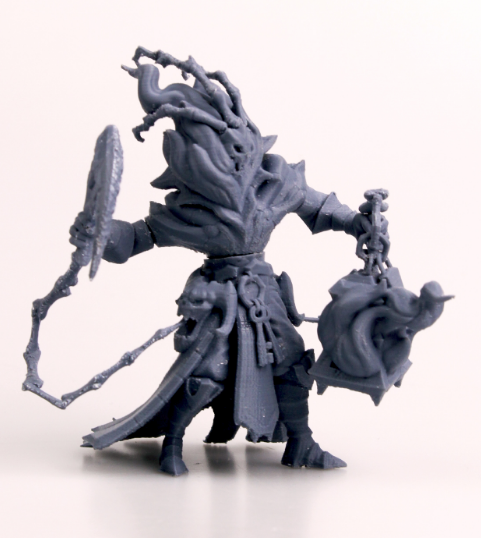 Thresh is a sadist who enjoys torturing both the living and the dead. He got hanged from his own chains by the prisoners he had tortured.

The 3D printing model is provided in the most optimal position and the appropriate scale. It is recommended to 3D print it at the highest resolution. It is an assembly 3D model with socket joints.

The files are available for free download at MyMiniFactory. 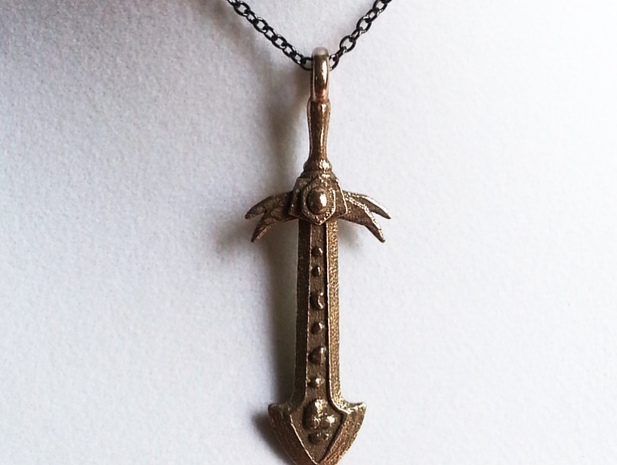 Here’s something to dilute the list of 3D printed LoL champions. You can 3D print an Infinite Edge pendant. At Shapeways you can choose the metal you want the pendant to be 3D printed in.

If you haven’t decided which 3D models to 3D print and surprise your close one for the coming Christmas, this list of LoL 3D models will help you make your mind quicker. Hurry up, if you want to manage before the holiday! 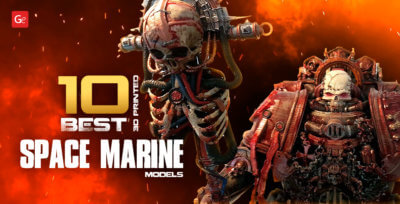 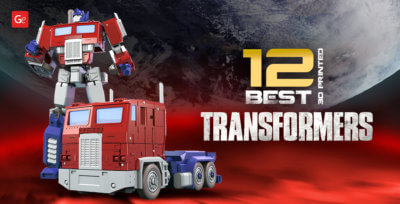 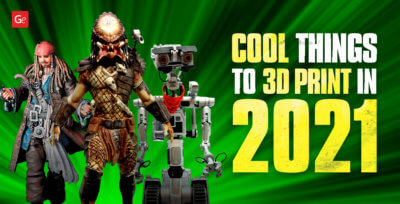 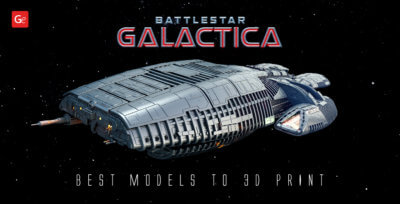 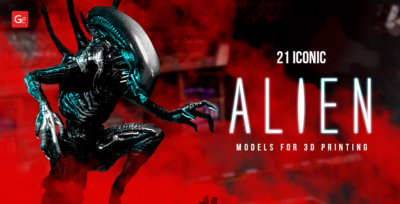