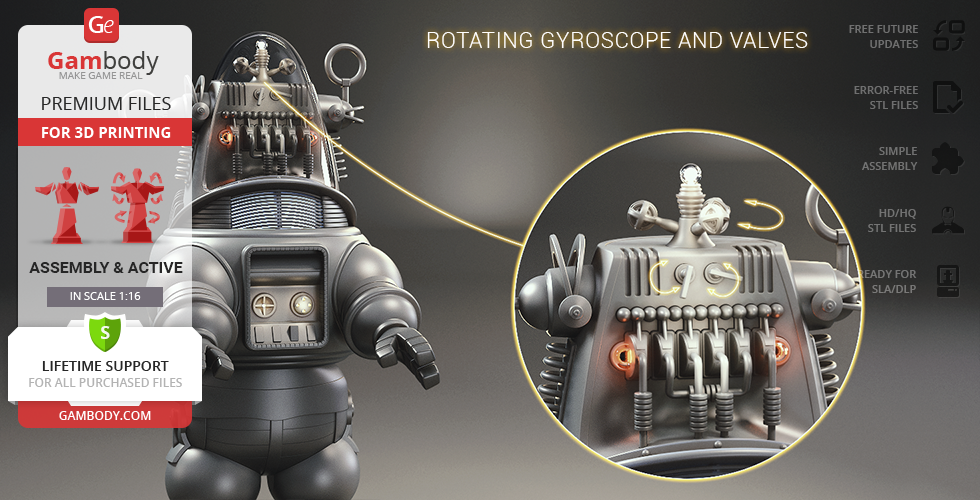 WHAT WILL YOU GET AFTER PURCHASE?

Detailed information about this bundle is available in the DESCRIPTION section.

Provided by the terms of Gambody & Creality3D Collaboration, this bundle offer allows you to purchase a new generation HALOT-ONE Resin 3D printer by Creality together with a pair of high-quality, highly detailed 3D printing models by Gambody contributing 3D artists. Please, find the details of the collaboration in our official Press Release.

ABOUT THE 3D PRINTER

HALOT-ONE is the new flagship Resin 3D Printer by Creality3D that is meant to level up your 3D printing hobby! The newly introduced integral light source combined with a 6-inch Monochrome LCD screen provides for high precision, while Wi-Fi Connectivity and respectable build volume guarantee a convenient hobbyist experience!

Creality3D® Official Website features detailed overviews of the printer's most prominent technical specifications that you can get acquainted with.

Both  Robby the Robot and Jules Verne Train Locomotive models for 3D Printing were carefully modelled by our talented contributing 3D artists and thoroughly moderated and adapted for 3D printing by Gambody team. This bundle comprises the DLP/SLA and DLP/SLA Pre-supported versions that are specifically adapted to be printed on resin 3D printers such as HALOT-ONE. The process of adaptation presupposes that practical aspects of printing the model using the DLP/SLA/LCD technology are taken into account, and the model's scale and cutting are chosen to ensure an optimum result of printing.

DLP/SLA version:
- Contains 19 parts;
- The model's scale is 1:16;
- A printed model is 132 mm tall, 78 mm wide, 84 mm deep;
- Comes with a platform that resembles the surface of the Forbidden Planet;
- You can light up the model's dome lamp, "eyes" (two illuminated parts of the mechanical brain), voice tubes behind the front grille, and rotating devices on the indicator panel ("belly");
- The body and head are hollow for you to conceal the LED wiring and battery;
- It is recommended that you print robot's dome, "eyes" (two illuminated parts of the mechanical brain), the front grille, and the dome lamp with transparent filament;
- The robot's body, head, shoulders and wrists rotate on a peg;
- The gyroscope on top of Robby's head rotates, as well as the valves under it;
- All parts are divided in such a way to fit the build plates and to ensure that support structures are generated where needed.


DLP/SLA Pre-supported version:
- Contains 19 parts;
- The model's scale is 1:16;
- A printed model stands 132 mm tall, 78 mm wide, 84 mm deep;
- The STL files that this version comprises are pre-supported for HALOT-ONE, hollowed out, and have drain holes where needed;
- This version features the same technical characteristics as the DLP/SLA version.

Jules Verne Train Locomotive 3D Printing Model:
DLP/SLA version:
- Contains 81 parts;
- The figurine's scale is 1:64;
- A printed model is 84 mm tall, 120 mm wide, 224 mm deep;
- Gull-wing door and folding step open to access the interior of the cab that boasts an exceptional level of detail;
- Synchronised rotation of driving wheels is ensured by an authentic active mechanism of locomotive’s running gear;
- Two front leading axles turn left and right + leading wheels can also rotate;
- This version also features two static variants of driving wheels - usual and folded for flight;
- One pair of "time travel" wings can be mounted on the cab’s roof, another can be installed on each side of the locomotive once you lift the covers;
- Driving wheels (all 9 of them) can fold to imitate the train’s flight;
- There are two types of cab windows - solid frames with window glasses for printing with transparent material, and frames only;
- The locomotive's boiler features a lot of articulated elements: rotating coil, propeller, and anemometer;
- Also, there are springy bellows that can be fastened to the wheel with a rope;
- Spinning core is located between two magnets on the side of the locomotive;
- There is a spot to install the rotating adjustable grip connector and attach the Jules Verne Train Tender;
- You can light up the model's headlamp, boiler lamp, and cab. LED wiring can be easily installed throughout the body of the vehicle, while the battery can be hidden inside the cab or in Jules Verne Train Tender;
- The assembly of the version's parts requires additional "pins" made out of short pieces of a regular paper clip;
- All parts are divided in such a way to fit the build plates and to ensure that support structures are generated where needed.

Below you will find optimum printing recommendations for the HALOT-ONE Resin 3D Printer. 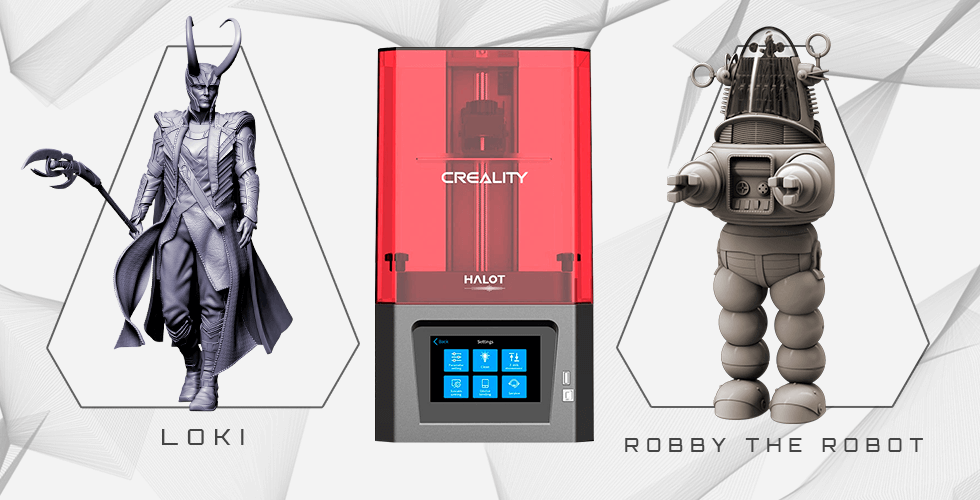 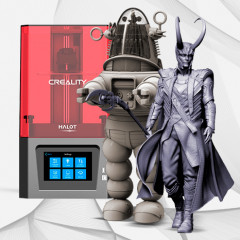 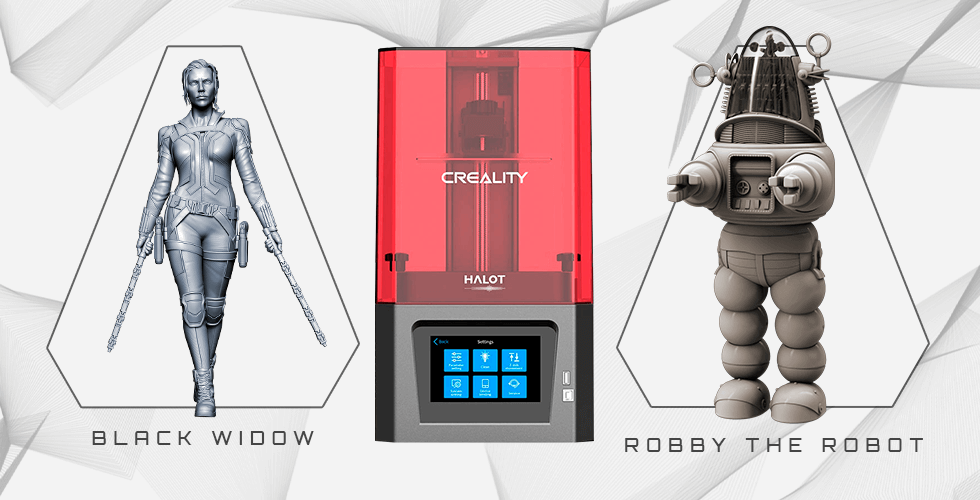 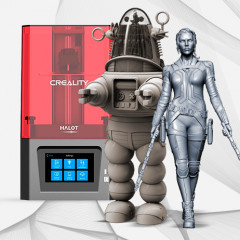 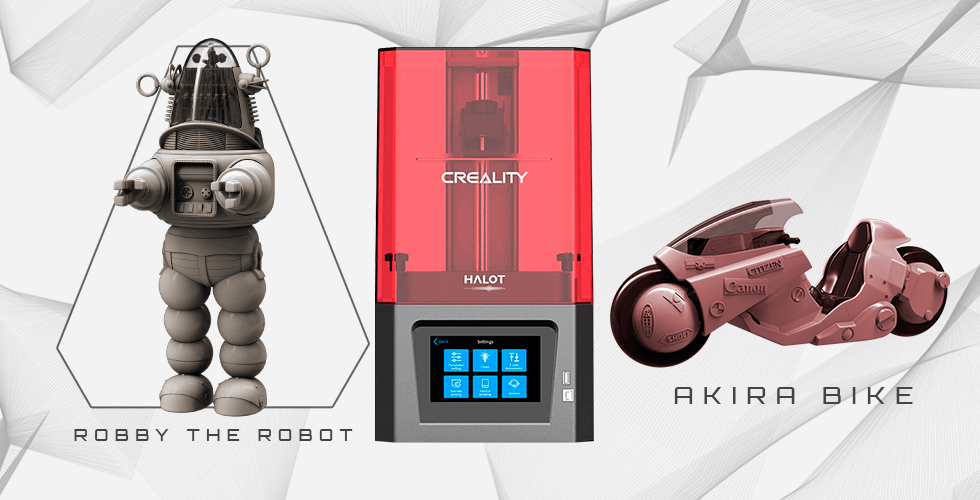 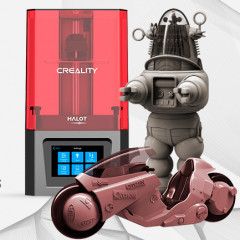 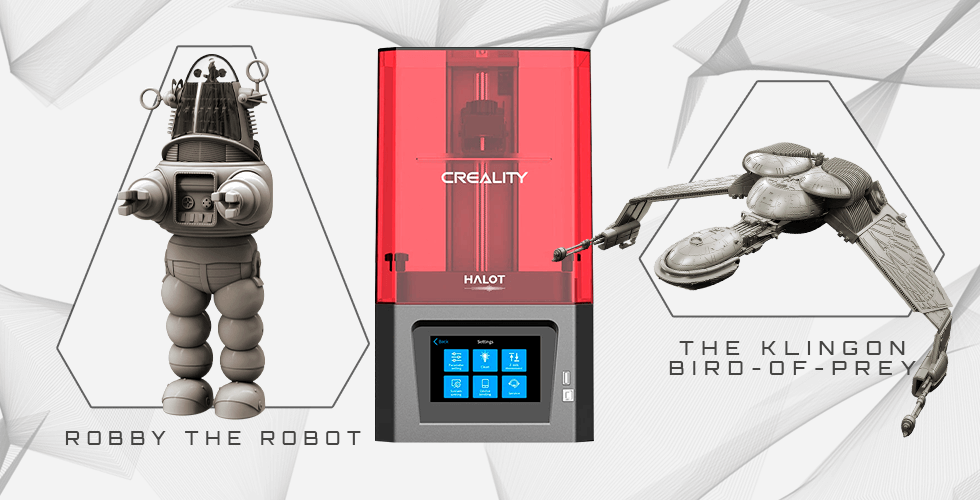 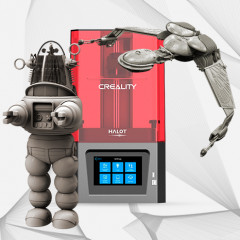 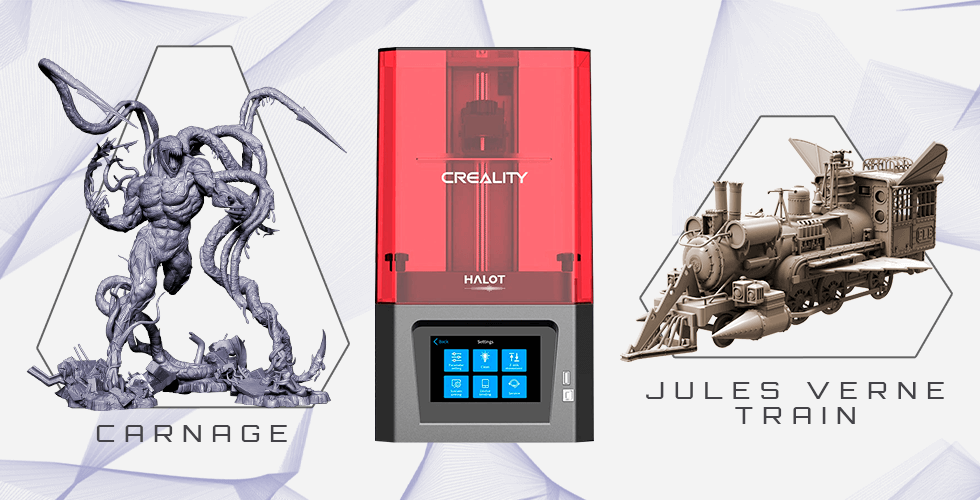 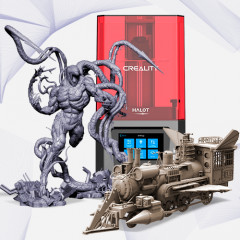 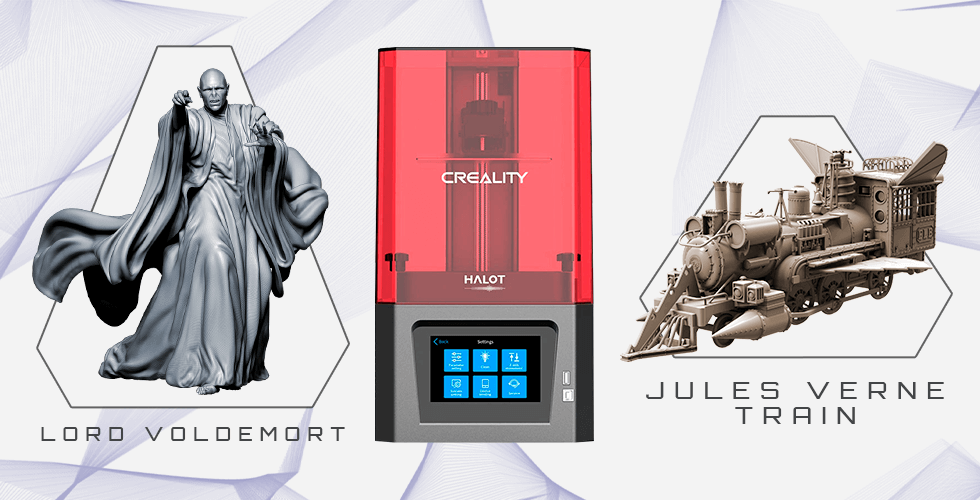 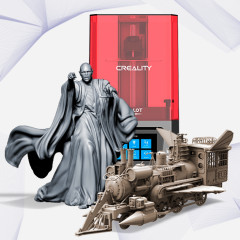 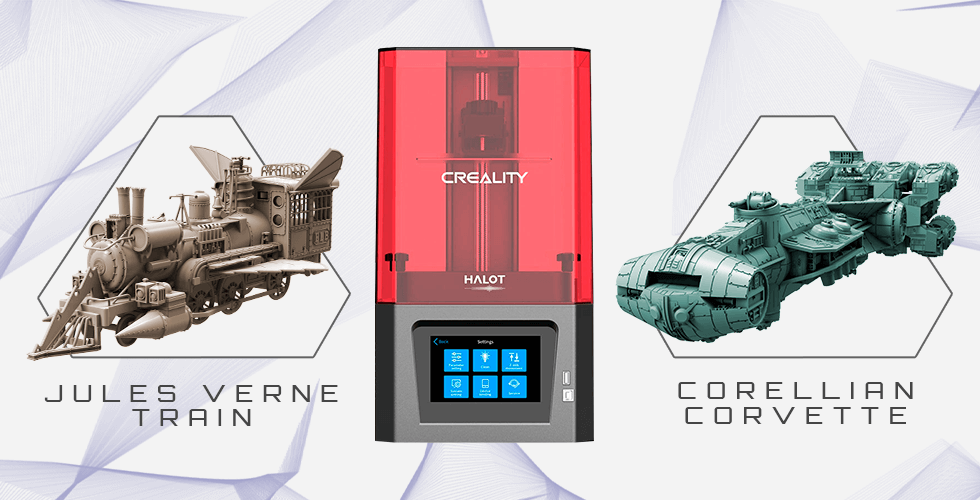 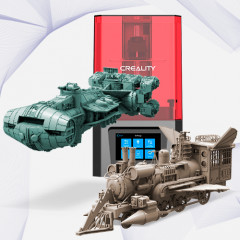 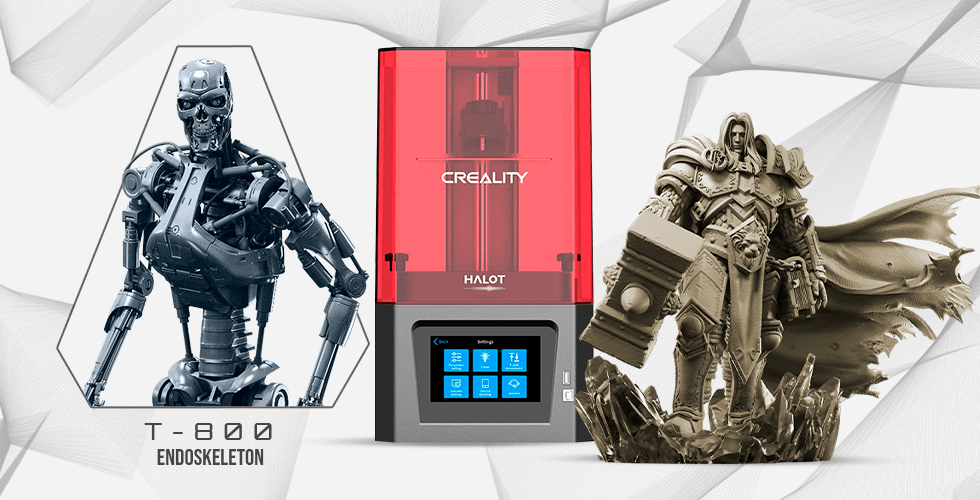 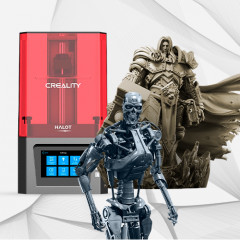 You are about to report Creality Resin 3D Printer + Robby the Robot + Jules Verne Train Locomotive for violating our Terms and Conditions. Please take a few moments to fill in the following information.